Eat more to lose weight? Maybe this sounds a bit absurd, but that does not take away the temptation. Recent research has shown that consuming certain types of non-dietary foods in larger quantities can help you eliminate all those extra pounds that bother you so much

Minimalism has managed to inspire many designers, painters and architects around the world, but in the art of losing weight, it should be completely absent. In fact, most nutritionists believe that increasing a certain amount of food in your daily diet can help you lose weight, even though the number of calories continues to be a key point, reducing your diet to only cooked broccoli and roasted fish will not work, on the contrary, it could lead to failure. Women who frequently eliminate a food group have more cravings and end up eating more.

Add protein to your diet 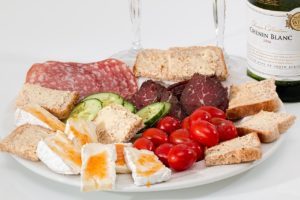 Add eggs to the diet

Starting the day with an egg can have a significant impact on weight loss. People who substantially eliminated calories from their diets were those who ate eggs during breakfast losing an average of 3 kilos in 8 weeks.

Breakfast consisted of two eggs and two pieces of white bread with a bit of fruit. The other option was a teaspoon of cream cheese and less than a serving of low-fat yogurt.

Add fat to the diet

Less fat on your plate does not translate in less fat in your body. It is a fact that fat as protein increases satiety, that is a pleasant feeling that gives us the signal to leave aside temptation.

Fat generates the release of hormones in the intestine such as cholecystokinin that tells your brain that you have eaten enough.

Add water to the diet

Like many diet drinks, water has zero calories, but interestingly, it also helps you to burn them. When you do not drink enough water, your metabolism slows down. 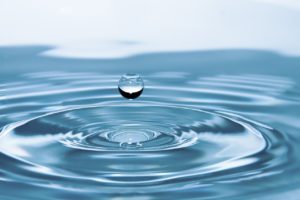 8 to 12 glasses of water is recommended daily but unfortunately, most people only drink about 5 or 6 glasses a day, you can also confuse thirst with hunger.

You will eat less if you try to drink one or two glasses of water before each meal.

Add soup to the diet

Although you do not love madly chicken soup, it may help you to lose more kilos and to improve your figure surprisingly. A bowl of soup before each meal can keep your appetite under control.

Fruits consist mostly of water and fiber so it is a food that fills you without having to add a lot of calories. People who ate the complete fruit, not just drank the juice, reduced more weight than that those which consumed less or almost no fruit.

Grapefruit in particular has always been associated with weight loss and now there is strong evidence to support this belief, volunteers who consumed two and a half servings of grapefruit three times a day before each meal decreased significantly their weight.

Add cereal to the diet