The National Stadium of Costa Rica is a venue for multiple sports and mass event use, being the main ones the practice of soccer by the country’s National Team and for other athletics competitions.

It is the most modern and technologically advanced soccer stadium in Central America and the Caribbean: with offices for 32 sports federations, two giant HD television screens, a sports museum, an athletics track and rooms for other sports such as table tennis, fencing and chess.

In May 2008 the old National Stadium was demolished, and from March 2009 to December 2010 this modern sports venue was built in the same place, located at La Sabana Metropolitan Park, in San José, Costa Rica.

It has become popularly known as La Joya de La Sabana (the  jewel) thanks to its allusive and modern architecture. The new National Stadium has become an iconic structure for the city of San José, sitting imposingly in the urban landscape, beautifying and modernizing the country’s capital. 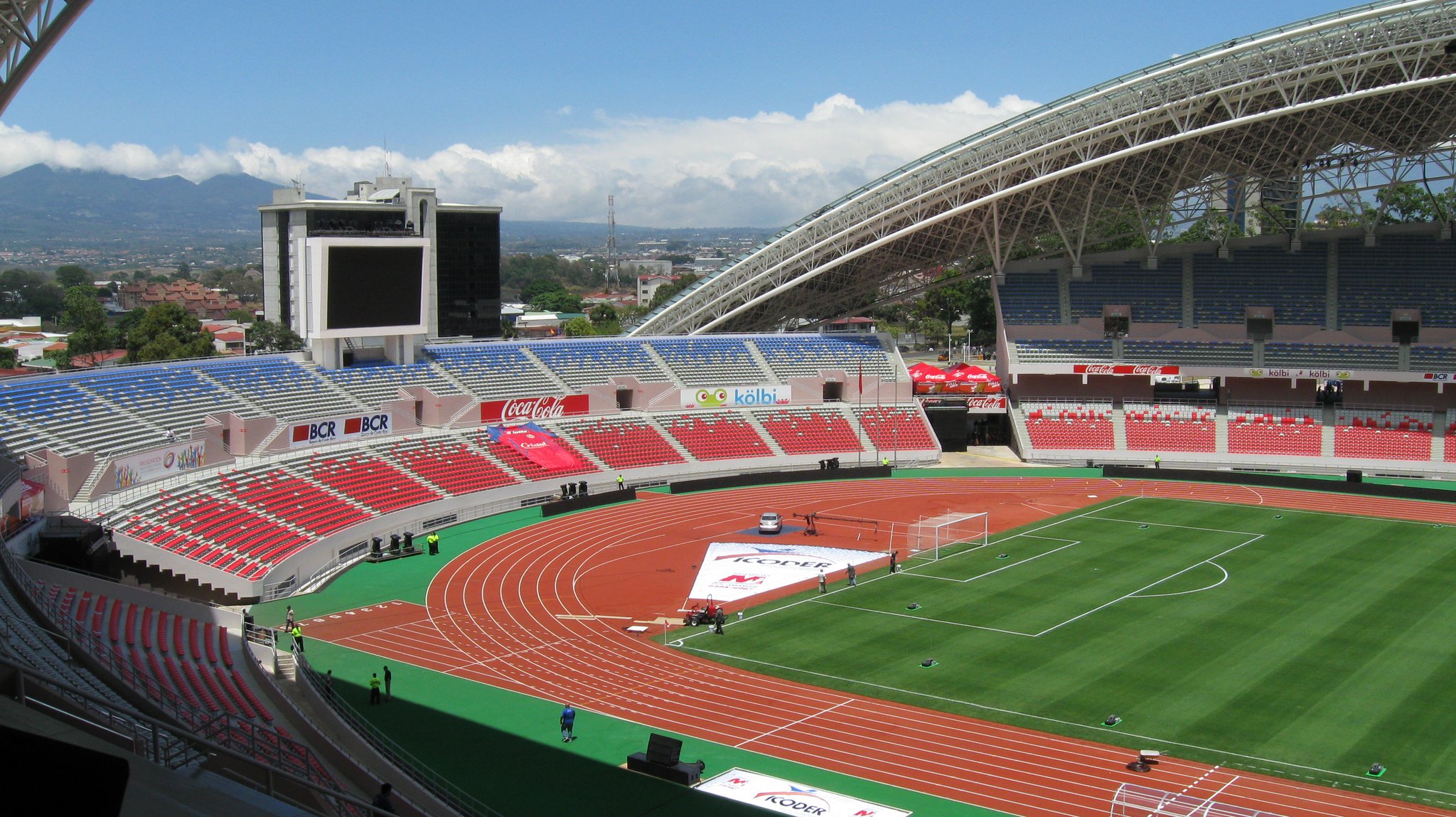 In 2007 the government of Óscar Arias Sánchez decided that the country should have a modern national stadium, in that year modern stadiums were being built in China for the 2008 Beijing Olympic Games. The national government established diplomatic relations with the People’s Republic of China and reached multiple bilateral agreements, in one of them China agreed to the donation of a new National Stadium for Costa Rica.

Initially, the capacity of 40,000 fans was pursued, however months later it was reduced to 35,000 due to the space available in the same place as the previous stadium. Other aspects under discussion were based on the location of the Stadium next to a National Park, which makes it difficult for certain aspects, mainly in terms of comfort for spectators, accessibility and the amount of parking available.

Its construction officially began on March 12, 2009 with the first stone laid by President Óscar Arias Sánchez. The building was part of the agreements signed between the presidents of Costa Rica and the People’s Republic of China, Óscar Arias Sánchez and Hu Jintao, respectively.

It was built by the Chinese company Anhui Foreign Economic Construction (AFECC) in a period of 22 months.

According to local media, construction was completed entirety at least a month ahead of schedule. The completion of all the works took place in December 2010 and the official delivery of the property to the Government of Costa Rica was on Monday, January 10, 2011.

It was received by the Costa Rican government after several weeks of sound tests, on the giant television screens and other operating systems of the building.

On the other hand, the Government of Costa Rica held a popular consultation for people to choose the name, despite the fact that historically it has always been called only “National Stadium”.

It is estimated to be the most modern stadium in Central America. with an illumination of 3400 lux bulbs, and interconnections for high definition television transmissions.

Although it was originally scheduled to cost $ 88 million, some sources cited that the new National Stadium had a cost of around $ 110 million, given that not all the furniture in the administrative and the ticket offices area had been considered. The difference was assumed by the Government of China, a country that donated all the infrastructure. Its annual maintenance would be around $ 1.8 million.

SourceTCRN STAFF
ViaHéctor Méndez
Share
Facebook
Twitter
WhatsApp
Linkedin
Email
Previous article
This Christmas has to be different from the Christmas of the past ”, says Tico Health Minister
Next article
“Magic Made Locally”: Ecoferia Dominical is adapting to the New Normal
- Advertisement -
- Advertisement -