The distance of the Costa Rican territory, from the Pacific Ocean to the Caribbean Sea is 322 kilometers. The variety of landscape and microclimates that can be enjoyed on the same day makes this country a paradisiacal destination. 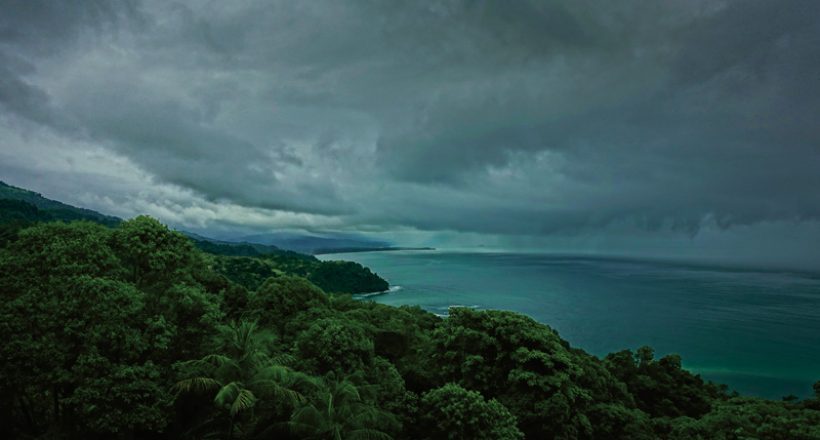 In just 51 thousand square kilometers, the traveler can find sun, beach, adventure, nature and culture, necessary components to satisfy the taste of thousands of tourists who find in Costa Rica their ideal vacation spot.

In some ways, Costa Rica is different from almost all other countries in the world, this beautiful country is formed by many different climatic zones which also creates a lot of microclimates. There is no real winter season, and it is classified as a tropical country because of how close it is to the ecuator.

It is divided roughly into two seasons, a dry season often called high season, and a rainy season often called green season. There are always around twelve hours of sunlight per day throughout the year. Costa Rica is located between the Pacific Ocean and the Caribbean Sea and elevation play an important role in the climate of several of its different regions.

Tortuguero is next to the Caribbean Sea, and the climate is humid and rainy most of the year.
While Guanacaste is not far away, about 180 miles (209km) but it is close to the Pacific Ocean. This makes the climate dry and full of dry tropical forests.

Even with proximity, there are different weather patterns, part of what makes our country one of the most unique lands of the planet. It is said that the best climate in the country is in the Central Valley of San Jose, there is a permanent breeze and the temperatures, in general, are that known as the highlands.

In general, the temperature in January compared to July, for example, does not very much. The average annual temperature in Costa Rica is between 70 and 81 Fahrenheit (12 and 27 Celsius), during the months of February to April, you will find the highest temperatures. Similarly, months like September to November are generally the coldest months; however, this varies from region to region.

The amount of rain in the country fluctuates quite drastically. From May to November, the rain is quite intense, with the greatest amount of rain especially in September and October, then from December to April, there is very little rain. Nationwide, the country averages around 100 inches per year, with some areas specifically receiving up to 25 cms of rain per year. The Caribbean Coast, like other parts of the country, has its own microclimate. It rains quite often and there is no real rainy season.

With so many systems of microclimates mixed in the composition of Costa Rica, the weather is at its best in the dry season and then it is the perfect time to visit the many beaches of Costa Rica. The dry season is an essential summer of Costa Rica and the peak period of the country for visitors and tourism. You can sunbathe at 12 o’clock in the day, also ideal for outdoor adventure activities; however, the central valley enjoys the perpetual spring weather, with daily average temperatures of 75 degrees. Along the beach, the evenings are refreshed by the cool sea breeze. Most of the tourist attractions will be much busier during this time of year. Especially during vacations. 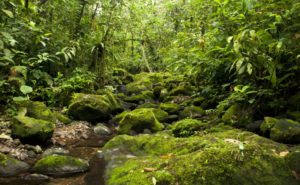 The rainy season is known as the green season well named for its vibrant emerald green landscapes, this season does not mean you will have rain all day. On the contrary, the mornings are typically sunny throughout the year. With some rain in the afternoon hanging around mid-afternoon. Usually, the rains come in fast bursts that stop as fast as they start, so this is a good time to explore the forests. It is also great to practice surfing with bigger waves and rafting cannot be left behind since the rivers are at its highest level. This time of year usually has sunny mornings with tropical rain in the afternoon.  You will find beaches and the tropical jungle, the whole country is lush and green. Even the dry plains of Guanacaste turn green, a sight worth seeing.