Have You Been to the Poas Volcano Park Yet? It is Simply Unique!

The Ministry of Health reported this Tuesday that COVID-19 cases continue to decline in Costa Rica. From May 30...
Read more

The governments of Costa Rica and Israel signed a Memorandum of Understanding for cooperation in cyber security, an initiative...
Read more

The oceans allow the transport of most of the world trade, they are an important source of food and...
Read more
TCRN STAFFhttps://www.TheCostaRicaNews.com
Creating a Conscious alternative news network that we feel the world needs. Pura Vida!

The Poas Volcano is one of the most spectacular volcanoes in the country and of extraordinary scenic beauty. It has several types of habitat such as the stunted forest, areas without vegetation or sparse vegetation, the area of the Arrayanes and the cloud forest. In this last type of forest, epiphytic plants such as moss, broth ferns abound. The park is one of the most important natural attractions for national and international tourism. It contains considerable energy potential, a product of natural water and geothermal resources. 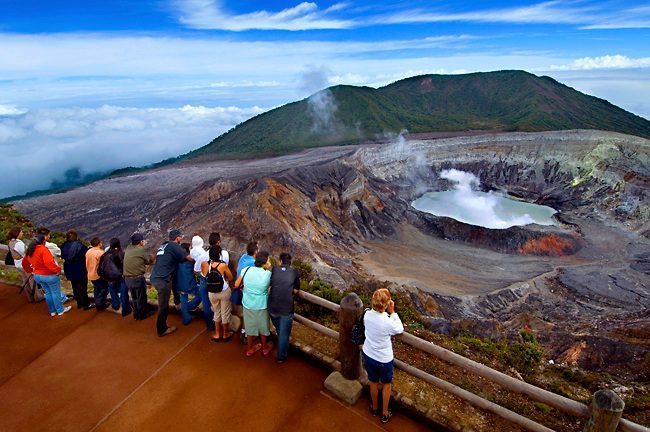 The term Poas can be derived from the Latin name “barbs” due to the presence of some plants with spikes in the area or the existence of a town called “Puas (barbs)” located near the massif. The eruption of Poas has been registered since at least 1747 when the Spanish governor Juan Gemir reported on its activity. In its history of eruptions, one of 1910 comes out, which consisted of an immense cloud of ash that rose to about 8,000 meters.

Between 1952 and 1954 there was an eruptive period with the emission of large clouds of ash and incandescent stones, accompanied by underground noises. The last eruptive period

The Poas is a subconical active volcano; the summit is limited by faults, a volcanic cone, and craters that are the product of recent activity. This volcano has three more recent main structures, the main crater, the poas, the lagoon, and the von frantzius cone.

Poas is an attraction of great natural wealth. Its main crater is a show and is considered one of the largest in the world. It offers some facilities for visitors with physical disabilities, as well as guided walking service in the early morning and at night.

With a distance of 600m and with a duration of 10 to 15 minutes it will take the visitor to the spectacular views of the Poas Volcano crater, where you can observe a caldera depression of 1320 m in diameter and a depth of 320m, it presents at the bottom, a lagoon, 400m in diameter and 40m deep, rich in sulfur and acids. You can also see a large number of fumaroles that indicate the permanent activity of this volcano. North of the main crater is the Frantzius cone, the oldest eruptive focus on the top of the massif. 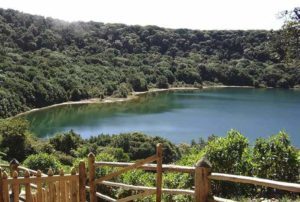 It has a distance of 800m; it will take the visitor to about 30 minutes to travel it. This path will offer visitors a chance to enter the cloud forest and observe a variety of plants

From different species, until reaching the Botos lagoon. This lagoon is an old crater 14m deep and 400m in diameter with crystal clear and cold waters, that provide water to the entire park.

With a distance of 530 m, it can be traveled in 20 minutes. Here the visitor can go and walk inside the heart of the forest to observe a variety of plants and birds species also enjoying the majesty of the forest.

Flora and fauna. In the cloud forest that is very humid and dense, most of the trees, such as oak, cedar, orange blossom, papayillo, and white cypress, reach a height of 20 meters and are covered with mosses, epiphytes, and other plants. On the slopes of the Caribbean sector, the forests stand tall, very humid, and rich in palms, tree ferns, and epiphytes. In other areas of the park, where the emission of gases and the old eruptions destroyed the primary vegetation, new species that have adapted have grown.

Although wildlife, in general, is scarce, birds are abundant. 79 species of birds have been identified, including the researchers, the quetzal, the gorge of fire, the black turkey, the green tucanillo and several species of hummingbirds. Mammals are not abundant in the park’s highlands, although there are coyotes, weasels, rabbits, skunks and some felines. Also, several species of bats.

The climatic conditions at the top of the mountain are often cold and windy. For that reason, it is recommended to bring warm clothes, head protection, and adequate shelter. Wear comfortable walking shoes and carry additional socks in case your feet get wet.

The Ministry of Health reported this Tuesday that COVID-19 cases continue to decline in Costa Rica. From May 30...
Read more
Science & Technology

Remote or Offshore Workers: What Will Happen to Them After the Pandemic?

The oceans allow the transport of most of the world trade, they are an important source of food and employment. Costa Rica is home...
Read more

Get to know the “Interceptor”, which will Prevent Tárcoles Garbage from Reaching the Sea

For collecting the garbage that floats in the Tárcoles River, an "Interceptor" will be installed soon. It is a Dutch-made mechanism that collects waste...
Read more

Costa Rica signed a cooperation agreement with the NGO OceanMind to facilitate the application of maritime regulation thanks to the experience of this organization...
Read more
- Advertisement -