The red list of the International Union for the Conservation of Nature (IUCN) of 2019 shows that, at least, 73 species worldwide are declining, while only 10 have reported improvements. Among those in a more alarming state is the hammerhead shark (Sphyrna lewini), which recently went from being in ‘danger’ to the category of ‘critical danger of extinction’.

This species is distributed throughout Mexico, Central America, and even Brazil. In the country, the hammerhead shark is found on the Pacific side, in areas such as the Golfo Dulce and Isla del Coco.

That the species is critically endangered means that its populations globally have been reduced by more than 80% in the last 30 years. Its main threats continue to be illegal fishing and finning.

In Costa Rica, the sawfish is also in critical danger of extinction. After at least a decade without sightings of the animal, the research project ‘En Busca del Pez Sierra’ has had reports on its presence in rivers and seas of the country.

The last IUCN red list now includes 30,178 species threatened with extinction. According to experts, the negative effects of climate change are increasingly evident. “Climate change adds to the multiple threats that species face, and we have to act decisively and urgently to stop the crisis”, said Grethel Aguilar, interim general director of IUCN.

Hammerhead shark: Is it a sample of wildlife?

Shark protection in Costa Rica represents a long controversy, which has led to 2 presidents of the Republic –Luis Guillermo Solís (2014-18) and Abel Pacheco (2002-06)- to having been declared ‘Enemy of Sharks’ by the International organization.

Sharks, including the hammerhead species, are caught by certain sectors of the national fishery, such as the longline. Shark fishing is not prohibited, but there are certain limits to be kept.

In his administration, Solís Rivera generated a setback in the protection policies of these animals. His government published a decree in which he appointed the Institute of Fisheries and Aquaculture (Incopesca) as the scientific authority to decide whether or not exports of species of fishing interest are allowed.

This under the Convention on International Trade in Endangered Species of Wild Fauna and Flora (Cites). Cites intends to regulate the trade of plants and animals. In order to export, there must be an endorsement of the administrative authority, based on a technical criterion of the scientific authority. Before the scientific authority was the National System of Conservation Areas (Sinac), with the support of a group of scientists from the academy.

But Luis Guillermo Solís changed it and, with his actions, he opposed previous scientific criteria, which recommended not allowing export of several groups of hammerhead shark fins. An executive decree signed by Solis left out the hammerhead shark of the Wildlife Law and was placed as a commercial species.

In May 2018, the Contentious Administrative Court issued a resolution that stopped the declaration of the hammerhead shark as a species of fishing interest. This while the case is brought to trial and resolved. It would take place in January 2021. The environmental movements request that the hammerhead shark be declared as wildlife again, and thus, be under the protection of the Ministry of Environment and Energy (Minae). 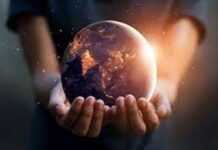 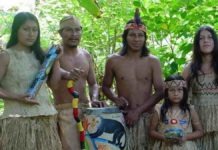 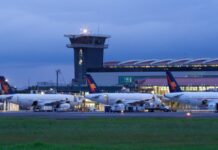