Costa Rica and Honduras listing scalloped hammerhead sharks under an appendix to the Convention on International Trade in Endangered Species of Wild Fauna and Flora (CITES), considered to be one of the best-enforced international conservation agreements. Regulation under the appendix ensures that trade is sustainable and legal. Appendix II covers species that are not necessarily threatened with extinction but could become so unless trade is closely controlled. 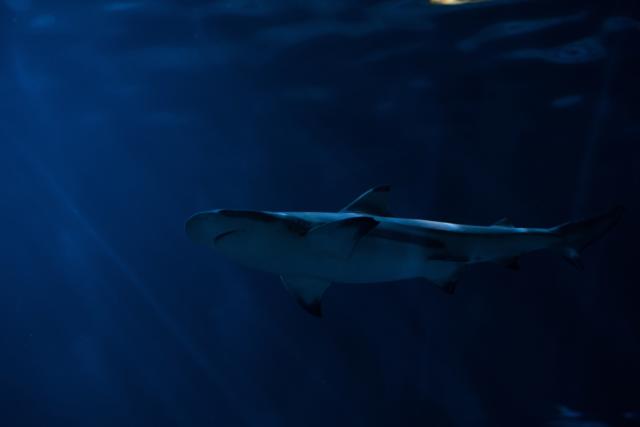 Out the nine largest of the nine hammerhead shark species, the great hammerhead can reach 12 or more feet. Living as along as 44 years, these species are among the longest-lived of sharks.  Scientists remain uncertain about the purpose(s) of the hammerhead’s distinctive head shape, called a cephalophoil – one reason may be enhanced binocular vision, which helps hunting.  The Northwest Atlantic population of the species lives in coastal waters off the Southeastern U.S. and in the Gulf of Mexico.  As an apex predator (with a particular fondness for stingrays), the great hammerhead shark plays an important role in maintaining the health of coastal marine ecosystems.

The proposal was praised by the Pew Environmental Group, which has been working to promote marine conservation. Scalloped hammerheads are listed as endangered by the International Union for Conservation of Nature. They are in high demand for shark fin soup and account for about 4 percent of all shark fins in international trade.

“It’s time for strong international protection for endangered scalloped hammerhead sharks,” said Maximiliano Bello, senior adviser to the Global Shark Conservation Campaign of the Pew Environment Group. “Other governments should join Honduras and Costa Rica in supporting a sustainable future for these sharks.”

Government delegates from the 175 CITES member countries, including Honduras and Costa Rica, voted on the hammerhead proposal and other possible shark proposals at the meeting of the Conference of the Parties to the Convention on International Trade in Endangered Species of Wild Fauna and Flora. Governments have determined the fate of scalloped hammerheads as well as many other threatened and potentially threatened species. The proposal also included smooth and great hammerhead sharks because of their close resemblance to the scalloped hammerhead.

“The decision for a CITES Appendix II listing for these hammerhead species sends a significant conservation message and builds upon shark conservation efforts under way in Central America,” said Rigoberto Cuellar, the Honduran minister of natural resources and environment. “We hope that other countries will preserve and co-sponsor.”

CITES has protected more than 30,000 plants and animals against over-exploitation from international trade, historically focusing on land-based species. But in recent years the number of marine species proposed for protection has increased. Shark species currently protected include the whale shark, basking shark, great white shark, and sawfish.