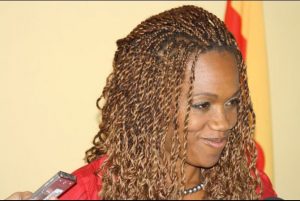 Epsy Campbell full-year tour until the convention – costing 15 million colones, but for now, has only collected 1.45 million colones raised so far by the frontrunner of the Citizen Action Party (PAC), to finance their activities, thanks to the donation of 12 people.

Campbell had said she would have the support of 100 people who donate each, 150,000 colones and, with that, to achieve the target of 15 million to pay the costs. Meanwhile, the agency, the trailer and other services, were on credit.

Since last February 15, requested a list of 100 people of which Campbell spoke at the conference which gave after visiting the house of Otton Solis, which funded this first step in the fight for the presidency of the Republic . However, the list was given until four days ago.

This is the second time that Epsy Campbell has made run as presidential candidate for her party, the first time was against as a candidate Otton Solis, in periods before the 2010 elections. She was also nominated for vice president and deputy.