Women have fought an uphill battle to achieve equal rights and conditions between men and women. Since the emergence of the desire to demand the rights of women or the equality of rights between the sexes, the triumph of these efforts would mean the emancipation or liberation of the condition of women, which throughout history, in almost all civilizations, have been relegated to a secondary role.

This struggle to achieve equality emerged visibly for the first time during the French Revolution in 1789, when women cheered that the demands of “freedom, equality and fraternity” were only dedicated to men and left aside. Although these efforts failed, they began an unstoppable international movement to achieve the emancipation of women in social and political life. The echo of the struggle for equality had no borders and crossing the other end of the world, a movement led by Kate Sheppard, achieved the impossible when in 1893 New Zealand became the first country to allow women’s suffrage without restrictions. Uruguay was the first country in America to support women’s right to suffrage. 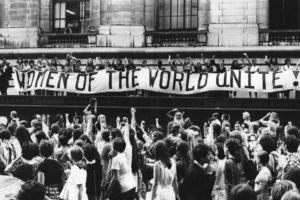 Although over the years, the struggle for women’s rights has achieved a huge triumph in all fields of life, this battle has not yet finished. Many countries at the international level have retrograded on policies regarding the participation of women in some fields, gender violence is still a persistent problem, as well as the difficulties still faced by women in the educational and labor fields, mainly when opting for public or political high charges.

The history of people of African descent has not been very different in relation to their civil rights and especially regarding their participation in the political life of Latin American countries, Throughout the history, African descent, men and women, led in the US, Africa, Latin America and the Caribbean a struggle that in many cases has cost them their own lives, not only for their rights as Afro-descendants but also for the complete independence of their nations. The emancipation processes (from Haiti, through   all the Hispanic-American independence fights), decolonization and subsequent processes  had  an integral racial component, since the  Latin-American and Caribbean population is composed largely of black people and, However, it is women who have been the most discriminated against, especially women who have historically been subjected to double discrimination, for being women and Afro-descendants. 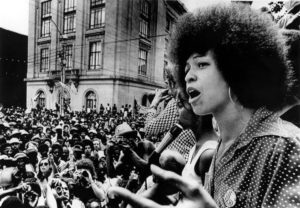 As shown by a few indicators of poverty, education and labor insertion, black women suffer discrimination in a, particularly acute manner. The leadership and political participation of women, Afro-descendant women mainly continue to be one of the weak points in the advances in the field of women’s empowerment. Women have little representation not only as voters but also in management positions, whether in elected office, public administration, the private sector or the academic world. This reality contrasts with their unquestionable capacity as leaders and agents of change, and their right to participate equally in democratic governance, as well as worthy representatives of this large social sector, women, and people of African descent.

Costa Rica has positioned itself globally as a progressive and vanguard nation. Besides being considered the country with the greatest biodiversity on the planet, it is one of the most responsible in the management of its natural resources and is among the leaders global growth in the technological area and better offer of university training at truly competitive prices, in the political sphere, it has shown signs of these advances in terms of female participation, an example of this, is the fact that Laura Chinchilla, of the PLN (National Liberation Party), became in 2010, only the fifth woman in history to be elected president of a Latin American nation. After Violeta Chamorro, Nicaragua (1990-1997) Mireya Moscoso.Panama (1999-2004) Michelle Bachelet, Chile (2006-2010, 2014-2018) and Cristina Fernández de Kirchner, Argentina (2007-2015). And recently it has again broken paradigms with the electoral triumph of Women. Campbell Barr, on April 1, becoming the first afrodescendant vice president in all of Latin America countries, and last Thursday, April 26 was also designated by the President-elected of the Central American nation, Carlos Alvarado as Chancellor of the Republic, Until now only men had commanded the Ministry of Foreign Affairs.

Her election, has generated headlines around the world, mainly in Latin America, where 30% of the population is considered Afro-descendant, around 200 million people, but only occupy 1.5% of the 5,000 seats of the legislative power in the region, according to data of the Black Parliament of the Americas, a group of legislators that seeks to increase the positioning of representatives of this sector in the politics of the region.Let’s take a look at who is Epsy Campbell Barr. 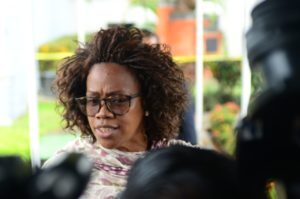 Born in San Jose, the Costa Rican capital on July 4, 1963, She was named after her father’s mother, who moved from Jamaica to Costa Rica. Her service life began at the beginning of this century, forming part of several non-governmental organizations that looked after the welfare of Afro-descendant women. He previously studied and graduated as an economist at the Universidad Latina de Costa Rica. Campbell has publicly stated on several occasions that She never dreamed of entering politics and that it was a consequence of her social struggles how she was little by little involved in political activism.

Campbell addresses her political work from her identity as a woman, her feminist militancy and her commitment to transformative movements. Her career is long. From a young age, she joined the struggle for human rights, for women’s rights, against discrimination, racism and in defense of a model of solidarity country that privileges the human person over the market and capital.

Campbell is also a member of the Black Parliament. As a national and international consultant, she has emphasized the defense of women’s rights, in promoting social development and fiscal policy. She has also served as the Coordinator of the Women’s Forum for Central American Integration, the Alliance of Afro-Descendant Peoples of Latin America and the Caribbean, the Center for Afro-Costa Rican Women and is a member of the Afro-Latin American and Afro-Caribbean Women’s Network, which she coordinated in the period from 1997 to 2001.

“Women have been socialized differently and we assume the issues differently. There are a number of women who are linked in the middle levels who have a great possibility of taking power from another place. It is legitimate that 50% of the population is represented in the spaces of power. In terms of quality, I’m going to demand quality from male representatives and women representatives and I’m going to believe that with women we have to do a greater work, so that they can advance us in terms of women’s rights”. Has declared.

Since the founding of the citizen action party (PAC) on December 3, 2000, She joined this political initiative, with the idea of deepening and bringing her social struggle to greater levels. 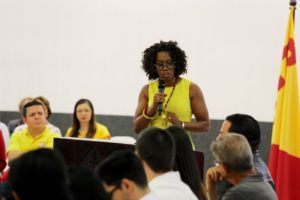 Her political career inside this party has been so successful that she became president of the Executive Committee of the party for four years, between 2005 and 2009, after being elected deputy for the first time in her life, in the period 2002- 2006, when the PAC strongly broke into Costa Rican politics when it managed to place 14 deputies in the National Congress for the first time in its history.

Cambpell pleaded to open the party to increase the militancy and appeared on stage with a novel proposal to achieve it. Another axis of his pre-campaign was to directly attack the National Liberation Party (PLN). She was again a presidential candidate in 2014, when she lost the nomination against Luis Guillermo Solís, who would finally obtain the presidency of the Republic in that campaign. However, he appointed her as one of the candidates for the most relevant PAC deputies for the past constitutional period.

Along with her political experience, Epsy Campbell is an economist, in addition to having completed postgraduate studies in International Cooperation for Development and Advanced Management Techniques and Political Decision. The new vice-president and chancellor have two daughters and one granddaughter and is one of the most outstanding figures of recent years in Costa Rican politics.

Campbell has also published books and articles on democracy and inclusion, political participation and economics of women, afro-descent peoples, sexism and racism, among others. She was the coordinator of the Afro-Latin American and Afro-Caribbean Women’s Network (1997-2001) and of the Women’s Forum for Central American Integration (1996-2001), and member of the Alliance of Afro-descendant Peoples of Latin America and the Caribbean. She is also a founding member of the Center for Afro-Costa Rican Women .

An example of a fighter woman 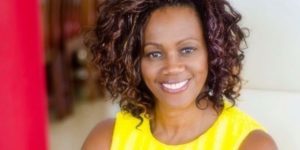 Campbell acknowledges the difficulties involved in being a pioneer but hopes that her election will be an important step in the “normalization” of the presence of women and minorities in political power. “Women who open the way pay a price for being there,” she said, analyzing the oversized expectations that always result from the election of a woman to senior state positions. “It is ungrateful that, as we are the exception, we are analyzed as laboratory rats,” she said.

From the vice presidency, Campbell hopes to promote initiatives to reduce gender inequalities, including facilitating women’s access to the labor market, strengthening public centers for child care, negotiating ways to reduce the wage gap or giving more resources to address cases of macho violence, but believes that the best policy is the example.

“This is a ‘progressive closet’ society.  It is able to accept a lot of things as long as they are not talked about,” she said, explaining how Costa Rica, a largely conservative and deeply religious country according to the polls, gave its support to one of the few parties that defended marriage between people of the same sex.

After her recent appointment as Chancellor of the Republic, Campbell must alternate those functions as the head of political dialogue with those of representing this beautiful, growing and proud nation on the world stage.

Starting this Friday, September 17th and for 10 days, the health areas and hospitals of the Costa Rican Social...
TCRN

Johan, the Garbage Collector-Dancer: “We Are Worth A Lot To Costa Rica”

“The Country Declared Peace To The World”: The President’s Message For The Bicentennial Of Costa Rica