Never before in the history of mankind, did journalists have so many tools available to communicate. Journalism, like many other professions, is a direct beneficiary of the new forms of communication that technological evolution is making possible.

For the last 3 decades, digital technologies have been sponsoring a transformation of industrial proportions for media activity and the work of journalists. A whole technological constellation of new productive balances is pushing towards an unprecedented reorganization of the ways of exercising journalism.

In the early 1990s, social media took advantage of the window of opportunities opened when the commercial Web burst into the lives of hundreds of thousands of people. Immediately almost everywhere, and especially the digital editions of the main newspapers, they became the most visited sites of the Network. The change of millennium found the Web evolving from a platform of consultation towards an ecosystem of popular participation. The first blogs were already online. Projects consecrated today as Wikipedia and Wikileaks were then ideas working in the brains of its creators.

The digital business of the time, online advertising, and e-commerce would collapse with the financial collapse of the explosion of the dot-com bubble to then redesign and diversify their growth models as we know them in 2013. With services like Amazon and Google running, media phenomena such as YouTube, Facebook, or Twitter were still unthinkable, which would also have a direct impact on the journalistic profession, content distribution, the relationship with sources and the availability of information on a planetary scale.

At the beginning of this century, with different levels of acceleration according to regions of the world being analyzed, journalists began to adopt more and more technologies in their personal lives and for their professional development. They armed themselves with devices, tools, and infrastructure. That is how crypto-journalism emerged. Every deep industrial and cultural change always generates both apocalyptic and integrated side effects. In this sense, digital media were not before and are not the exception now.

While discussions on the value destroyed and the value created in journalism still take place, from the development of digital technologies on both sides there is an increasingly solid agreement: journalism is currently facing the dangers of the 20th Century, such as prosecution, censorship, and murder of professionals, while also dealing with a new set of dangers facilitated by the techno-cultural environment of the early 21st Century, such as surveillance and monitoring by governments and companies around the world on the communicational work of journalists.

The opportunities, benefits, and challenges of technological change for the journalistic profession and for the media have been discussed, discussed and analyzed in thousands of books published during the last decade. But little has been said about the new dangers to which all the workers of the press are exposed. Perhaps because nobody ever knows -until he becomes a victim- how much is true, how much legend or fantasy, how much possible and how much science fiction, when it comes to understanding the risks of the new professional scenario.

The historical dangers and risks of journalism were associated with threats to physical integrity. They were generally avoided by avoiding areas of conflict. The new risks to the press have no time or territory. Cyberspace does not have a map of horror. Its nature makes it inaccessible and intrinsically dangerous.

In sum, the only way to prevent intangible dangers, such as surveillance, espionage, and monitoring, to reduce their probabilities, is to develop protection so immaterial and at once so powerful that it must necessarily be based on the same resource that makes them possible; applied knowledge. 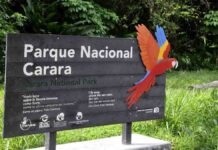 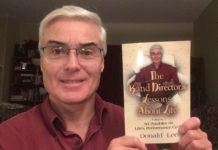 Parable #3: Time Is All You Have 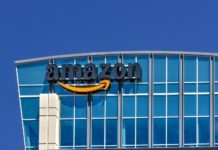