The Government of Costa Rica announced the reinstatement of the vehicle license plate circulation restriction on weekends, starting this...
Read more

The H2LAC 2021 Hydrogen Congress for Latin America and the Caribbean was held, co-organized by the Inter-American Development Bank...
Read more

Strengthening the participation of women from groups in vulnerable situations and promoting peaceful coexistence in territories at risk of...
Read more
TCRN STAFFhttps://www.TheCostaRicaNews.com
Creating a Conscious alternative news network that we feel the world needs. Pura Vida!

One of the many great things about retirement in Costa Rica is the quality and affordability of domestic help and other manual labor. Maids, cooks, gardeners, childcare workers or property caretakers are all a bargain compared to North American rates for such services. In our two years here, my husband Layne and I have had three different housekeepers and two gardeners and have been quite happy with all of them. For about $10 a week, our maids have mopped floors, washed windows, dusted, cleaned bathrooms and kitchens and even raked leaves in the yard, all in about five hours. In our current rental, the cost of the gardener is included in the rent but at Alto del Monte, we split $20 for a gardener every two weeks with our duplex neighbors.

In our experience, Ticos are a hard-working people. Most are well educated or at least literate (can read and write), thanks to Costa Rica’s universal educational system and generous policies toward higher education for the citizenry. Although domestic workers may lack a university education, it would be a mistake to view them as lower class, ignorant or desperately poor. Because of Costa Rica’s broad social safety net, most Ticos enjoy comprehensive health insurance through the Caja Costarricense del Seguro Social (CCSS), the national health plan known simply as the Caja, which provides health care as well as a pension. They are also protected by a workers’ compensation program, known as INS, to cover injuries on the job. Vacation pay, paid holidays and sick pay, severance pay, pregnancy leave and Christmas bonuses (the equivalent of a month’s salary) are all mandated by law, as is a minimum wage specified for every imaginable category of work. That minimum is updated every six months by the Ministerio de Trabajo y Seguridad Social Departamento de Salarios. The most recent increase at the first of the year was just over 3% for all private sector jobs. All Costa Rican workers, including maids, have union-level benefits guaranteed to them by government policy, which has been in effect since 1943. No wonder they can afford to work for lower wages than in less magnanimous societies.

Full-time, live-in domestic workers are specified in the minimum wage edict with a salary of just over $280 per month plus 50% additional “in kind” pay allowed for room and board. But the law also covers part-time maids. Expat employers who try to ignore the rules or assume they don’t apply to their once-a-week, half-day maid can be in for a nasty surprise. You are expected to abide by these regulations and pay the required fees and taxes for your workers, regardless of how few hours they may work for you.

So let’s look at some of these requirements in more detail. First of all, if you were to hire a maid under a written contract that 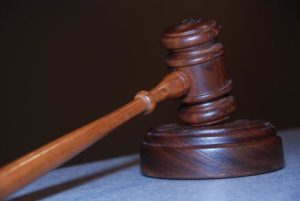 provided for less than the law does, the contract would be invalid. Even illegal immigrants, often Nicaraguans, are covered by labor laws. And since the law changes as often as it does, it is incumbent upon the hiring party to be sure their agreement coincides with legal decrees regarding employment. In any disagreement, the burden of proof is on the employer. The first thirty days of service are considered a probationary period and during this month, either party can terminate the relationship without notice and without a penalty. After that time, however, labor laws apply and two weeks notice is mandated after six months, thirty days after a year. During the notice period, the employee is entitled to half a day off with pay each week to look for a job.

If terminated without cause or if the employee quits for cause or dies, severance pay applies, payable to heirs in case of death, as well as prorated Christmas bonus and vacation pay. If they have worked more than one month but less than six months, termination pay amounts to one week’s salary. If they have been employed more than six months but less than a year, then it is two weeks’ pay. If over a year of employment, the labor ministry has established a detailed schedule, which increases by one-half a day’s pay per year up to 22 days pay after eight years of service. Even a worker fired for cause is entitled to the Christmas bonus and any accumulated vacation pay.

Firing a worker without understanding the law carries some financial costs. We recently heard of a gringo whose maid became pregnant and needed to reduce her workload. Although the homeowner tried to find a suitable schedule for her, eventually they had to let her go. What a surprise when a few weeks later they were contacted by her attorney and learned that with severance pay, vacation pay, Christmas bonus plus a stiff penalty, it would cost them some $2000 to clear the case. 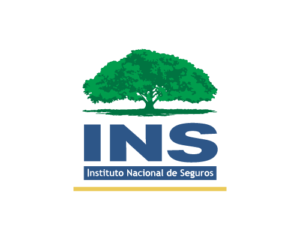 The first obligation of an employer is to pay the Caja and INS premiums for their worker. Whether hired by an individual or a corporation, the domestic employee must file a registration application at the Costa Rican Social Security office. The Caja monthly premium is approximately 22% of regular salary. For a full-time maid, the amount is based on the cash payment as well as the in-kind value of room and board. The employee is supposed to pay an additional 9% on their own, although it’s doubtful that all do so. Another 3% goes to the pension fund and about 2% for INS, the worker’s comp insurance. If the employer has not paid INS premiums and the employee is injured, they are personally liable for the employee’s medical costs and, with serious injuries, possible ongoing care.

Clearly, it pays to understand Costa Rica’s labor laws before you hire a housekeeper or other service person. This column, of course, is not intended as legal advice and a good attorney is invaluable in avoiding problems and unexpected costs. For many disabled or physically challenged retirees, a reliable, honest and hard-working maid is a must. Just be sure you understand all the ramifications of employing a Tico so that you can fully enjoy and appreciate the valuable services they provide. In our case, our Tico maids have become Tico amigas and we recognize not only their service but also treasure their friendship.

Additional information in Spanish can be found at Costa Rican Minister of Labor and Social Security website: http://www.mtss.go.cr/.

In English, a good source of information is: http://www.costaricalaw.com/.

Kat Sunlove blogs about life as a retiree in Costa Rica at http://FabulistadeCR.blogspot.com.

The Government of Costa Rica announced the reinstatement of the vehicle license plate circulation restriction on weekends, starting this...
Read more
Economy

When we talk about childhood obesity, we are not just referring to a few extra pounds. We also refer to a health problem that...
Read more

Healthcare costs can present such a challenge for many that it becomes the single most important factor in choosing a retirement destination, so imagine...
Read more

The National Vaccination and Epidemiology Commission (CNVE) approved the use of the COVID-19 vaccine from the company AstraZeneca. The vaccine will be applied to...
Read more
- Advertisement -