SAN JOSÉ, Costa Rica – The government is clamping down on businesses and individuals who defraud the state by failing to pay taxes.

The government wants to curtail a runaway fiscal deficit that in 2010 was the highest in Latin America, totaling 5.2% of the country’s US$53 billion gross domestic product (GDP), according to the Economic Commission for Latin America and the Caribbean (ECLAC).

The “Noticeable Presence Plan,” which includes surprise visits and inspections by government officials, has led to 172 businesses’ being shut down this year – 117 in November alone – for violating tax laws.

“It’s a fairly strong measure we are taking,” said Flor Rodríguez, director for Costa Rica’s Central Region of the Taxation Office (DGT). “People don’t like it when they go to the store looking for goods or services, and the establishment is closed with the seals of the Taxation Office [because the business violated tax laws].”

Studies by the Comptroller General (CGR) reported as many as 70% of Costa Ricans didn’t pay taxes between 1991 and 2007.

“We have managed the nationwide plan in a coordinated way, and that is why people have noticed it a bit more,” Rodríguez said.

President Laura Chinchilla praised the DGT earlier this month for its work and for collecting taxes from those who had been evading them for years.

“The 18,000 successful operations since the beginning of our administration demonstrate that, in terms of tax collection, we are achieving our objectives,” she said. “Thanks to the DGT, whose hand doesn’t tremble, [we are able to collect] from the big law firms, clinics and private schools, athletes, and sports organizations that move millions of colones per year and do not pay taxes as they should.”

But the government wants to take its efforts a step further.

That’s the reason the government has proposed a comprehensive tax reform, which centers on the Tax and Customs Management Strengthening Act, a measure that provides the DGT with more tools to fight tax evasion.

The legislation would enable the government to prosecute larger companies, allowing authorities to focus on cases involving the largest sums. It would double fines for companies found guilty of filing incorrect tax reports, statements or deductions.

“Nobody will be above the law when dealing with the most fundamental civic obligations of all Costa Ricans, such as the obligation to pay taxes,” Chinchilla said.

The reform plan also proposes raising the 13% sales tax to a 14% Value Added Tax, which would also increase the number of products and services taxed.

“I don’t think we will hold the first debate on the plan before Christmas recess [from Dec. 26 to Jan. 13],” said Juan Carlos Mendoza, the Assembly’s president. 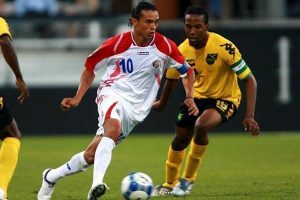 Opponents of the reform argue it would increase the cost of living for society’s poorest sectors. The government, however, claims it would raise taxes on the wealthy.

The Treasury Department said the deficit would rise to 5.5% of the GDP in 2012 if the act is not approved.

Soccer players in the spotlight

On Nov. 17, the DGT announced it will scrutinize the tax filings of First Division soccer players, coaches, and doctors after detecting serious irregularities in their tax forms in recent years. The biggest fraud was declaring less income than they actually earned, enabling them to pay less in taxes, according to the Treasury.

Three goalies, four defenders, six midfielders, six forwards, three doctors and three members of coaching staffs of the 11 First Division clubs have been ordered by the Treasury to re-file their taxes.

Francisco Villalobos, general director of the DGT, said a recent study revealed the majority of salaries reported by athletes do not exceed $600,000 colones a month (US$1,200), which is the top amount for tax-free salaries.

The DGT will provide a period of amnesty, when players and coaches can settle their tax bills before being subjected to legal action.