A Global Shift in Consciousness? 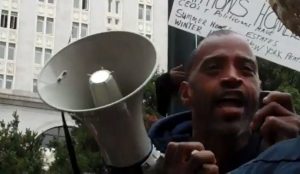 Are the protests around the world, which even hidebound Time Magazine in America is featuring as ‘Person of the Year,’ auguring and catalyzing a global shift in consciousness?

The mass movements directed at governments around the world (with even villagers in southern China directing their ire at their government) represent an even greater challenge to the basic structures of the political and economic system than the revolts of 1968. That’s true if for no other reason than the interconnectedness and interdependency of peoples and nations is much greater now than over 40 years ago.

Indeed, it could be argued that in a real sense, the singularity is already upon us. It isn’t technological; it’s psychological.

If a global shift in consciousness is actually occurring, it means essential changes in thinking and worldview are taking place in a growing number of people.

I conceive human experience in terms of three dimensions, one infinite and two finite, with each dimension affecting, to some degree, the other two. Besides the economic/political dimension, there are two other dimensions to consider.

They are: the spiritual wellsprings and philosophical underpinnings of individual and collective life. And they have to be attended to for the Occupy movement to grow into a non-violent revolution.

A global shift in consciousness is by definition a psychological phenomenon, and if that’s happening, then it is by nature inchoate, and we have the responsibility and opportunity to give it political, economic, and social form.

But let’s be clear. The Occupy protests (beginning with Tunisia and Tahrir Square and stretching from Cairo to Costa Rica, from Greece to Chile) are the manifestation of a much deeper discontent and questioning of political and economic structures. They aren’t the cause.

Can the Occupy protests catalyze a revolution in consciousness that changes the course of humankind? Perhaps, but the roots lie much deeper, and we have to attend to them.

Those of us who care about the planet and all peoples have to pay attention to the roots of the revolution of consciousness at the same time we give expression and build changes at economic/political level. Otherwise they’ll wither, and the forces of reaction and reversion, entrenchment and enchainment will continue to prevail.

Spiritually speaking, the paradox is that to live intelligently in the world, and be a factor in building a sane, just, equitable, and relatively harmonious economic and political order, one has to inwardly leave the world regularly.

That is, to create new outward structures in society, we first and frequently have to leave its structures inwardly. Otherwise, we unwittingly and subconsciously feed the old and rotten economic and political structures. 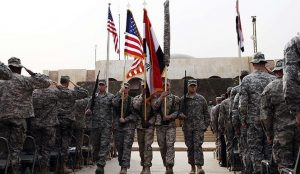 Anyone can learn the art of stepping out of the stream of the past, which is psychological time. That way, the mind/brain is perennially cleansed and renewed. We not only prevent ‘burn out,’ but we’re much better able to creatively and non-violently meet the immense challenges activists face.

It’s not only possible; it’s essential to end psychological time, however briefly. And when one does, there’s a cleansing of the mind/brain, allowing ‘the peace that passes all understanding.’ Reentering the world, we function with renewed clarity and creativity.

To go from the sublime to the ridiculous (and horrific), today the United States formally ended its utterly misguided, misbegotten, and malevolent war in Iraq. Backed by prominent allies such as Great Britain and Australia, the toll from the Bush-Cheney misadventure will be measured not only in lives needlessly lost, but also in its attack on the human spirit, which has done deep damage, especially to Western peoples.

America leaves behind a country more divided along sectarian lines, ironically with now dominant Shiites aligned, if not allied with our latest bogey, Iran. We also leave behind a bloated embassy, backed by nearly 20,000 security personnel, mostly detested contractors like Blackwater, which continues to slither around the world under another name.

The United States is no longer “the indispensable nation,” but an election to watch next year is the tortuously protracted US presidential campaign, which will slip into high gear after the first of the year. Barack Obama has been a severe disappointment in many ways, but he is a rational and movable leader, unlike the clowns and crazies that besot the Republican roster.

Conventional wisdom has it that America is moving in the right direction. But that is by no means clear. The electorate is divided, and Republican voters are, in perfect projection, angrier than Democrats were when Bush and Cheney were running the country and the world into the ground.

In terms of human history, America has become the caboose that continues to think it’s pulling the train. Provided that the whole train doesn’t go off the rails next year, it’s now possible for global citizens, thinking and working together, to not just influence governments, but shape their direction and policies.

by Martin LeFevre for TheCostaRicaNews.com

Between the Bebedero River and the Tempisque River; Approximately 30 kilometers west from the town of Cañas is the...
Health

The Most Common Injuries When Having Sex