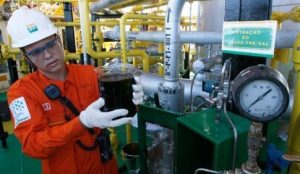 RIO DE JANEIRO, Brazil – The growth of the Brazilian economy, together with the shortage of skilled labor, is attracting more foreign workers to the country.

During the first half of 2011, a record 26,545 work visas were issued to foreigners – an increase of 19% compared to the same period in 2010, according to official figures.

Leading the list is the United States, which “exported” 4,312 workers to Brazil between January and June. The figure is almost double that of the Philippines, which ranks second, with 2,294. Great Britain is third, with 2,079.

The majority of these professionals are coming to Brazil to work in the petroleum industry, which is largely responsible for the recent wave of new accents on Brazilian soil.

“The progressive increase in the number of work permits being granted is related to the increase in investments in Brazil, particularly the oil, gas and energy sectors, characterized by the acquisition of new equipment from abroad and the deployment of new foreign-funded enterprises,” says Aldo Cândido Costa Filho, from the Immigration Coordination Office at the Ministry of Labor and Employment.

Until 1999, the oil and gas sector was a monopoly controlled by the state-run oil company Petrobras. That year, foreign competitors began timidly operating in Brazil.

Currently, there are 36 of them – and they see a real opportunity for growth following the discovery of major oil reserves under the salt layer, known as pre-salt.

But the problem is engineers are not being trained fast enough to keep up with the level of investment. And the few who were previously trained in Brazil have often sought better opportunities abroad.

“For many years, we were losing human capital. Now, we’ve started growing again and we have to seek out these resources from beyond our borders,” says Lauro Ramos, a specialist in the labor market and researcher at the Institute of Applied Economic Research (IPEA). “In the short term, this is a solution, not a problem. But we need to invest in local training as well, so Brazilians can participate in the future distribution of wealth that this economic growth will generate.”

Even in the middle of a global economic crisis, the country’s 2011 GDP is expected to grow by 3.5%. This economic boom has attracted its Latin American neighbors.

The list of the top 10 exporters of labor to Brazil does not include any countries from the region, but Venezuela, Colombia and Peru have been sending increasing numbers of workers to Latin America’s biggest country.

During just the first half of the year, 537 Venezuelans obtained work visas. In 2010, the number of professionals from Venezuela who obtained government approval to work in Brazil was 562.

The issuing of work visas to Peruvians grew by 7% – for a total of 182 – during the first six months of the year. There was a 10% increase of Colombians during the same period.

The majority of immigrants work in the petroleum industry.

For the rest of the countries in the region, such as Argentina, Chile and Bolivia, the number of visas dropped.

But that does not mean there are fewer Argentines, Chileans or Bolivians working in the country, Costa Filho adds. 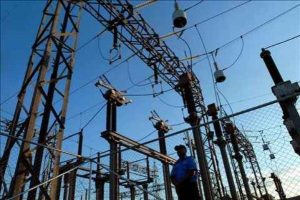 The apparent drop is because statistics from the Ministry of Labor and Employment do not count foreigners who have established residency in the country, which exempts them from having to request a special work visa.

Only countries from the Mercosur trading bloc – Argentina, Paraguay and Uruguay – and two of those associated with it (Chile and Bolivia) have this right, in accordance with the “Agreement on residency for citizens of the Party States to Mercosur,” signed by former President Luiz Inácio da Silva in 2009.

This agreement allows a person of any one of these nationalities to establish residency in any of the signatory states, regardless of the status of their migratory situation.

In Brazil, the only requirement is to file an application with Federal Police along with presentation of the required documents: a valid passport or ID card and certification of criminal clearance, together with the payment of an R$124.23 (US$65.88) fee. An official ID card for foreign nationals is then issued.

The Brazilian government first grants temporary residence for a period of two years, which can be renewed indefinitely.

In the case of the work visa, the authorization must be linked to the company where the foreigner will work. In 90% of cases, the concessions are temporary, up to two years.

“We analyze all applications on a case-by-case basis, checking for evidence of a substitution of Brazilian labor,” Costa Filho says. “In the cases where job opportunities for Brazilians would be negatively affected, we dismiss the application.”

Process systems engineer Andrea Coronel, 31, is among the Bolivians who have benefited from this agreement and the boom of investments in Brazil’s petroleum sector.

Attracted by a challenging career opportunity and a salary twice as much as what she made in her previous job, Coronel moved to Rio de Janeiro in September.

She now works for Karoon Gas Australia, Ltd., which will drill for oil in the promising Campos Basin – the offshore Rio de Janeiro area where the pre-salt reserves were found.

The need of skilled workers is so urgent that Coronel was interviewed and hired through a Skype videoconference.

“Everything was so fast,” says Coronel, who was working for oil and gas Spanish company Repsol YPF in Argentina before moving to Brazil.

Coronel will remain in Brazil for a year, during which she plans on visiting her family in Santa Cruz de la Sierra monthly.

Coronel, who is fluent in Portuguese, says she’s faced no difficulties in requesting her work visa because of the agreement Brazil signed with its partners in Mercosur, as well as Bolivia and Chile.

“Now, I am excited to see the oil spurting from the sea,” she says. “It’s a great challenge, the reserves are huge.”