The National Road Council (CONAVI) announced the short-term intervention of “La Amistad” (Friendship) Bridge over the Tempisque River, which links the cantons of Cañas and Nicoya. This intervention is a priority for the authorities, as they assured that for their repair they will require the closure of the structure for 2 months, in addition to an investment of more than US$ 1 million.

“We are already working on setting up the procedure, we already know what to do and we are fine-tuning the plans and details to know how we are going to execute it, since this is an important job that will require closing the bridge for at least 2 months, as we must lift the structure”, said CONAVI executive director, Mario Rodríguez.

“We have a first report with the collaboration of the Technological Institute of Costa Rica (TEC), the National Laboratory of Materials and Structural Models (Lanamme) and we obtained the participation of the original designer of the bridge, with all of them, and with the support of a company specialized in of load-deadening systems, we are detailing the plan”, he added.

The progress in the project of the intervention of the bridge was achieved through the own designer of the structure, Helmut Wenzel, who in a visit to the country made an inspection to the structure and informed the authorities about his intervention recommendations.

La Amistad Bridge was inaugurated in 2003 and its accelerated wear is due to lack of maintenance, as well as a traffic accident occurred years ago, where a heavy vehicle damaged one of its joints. The damages suffered by the structure have been evidenced in different reports of the Lanamme carried out in 2014 and 2016.

“At this moment the urgent activities that we have to do oscillate in US$ 1 million, the date we are planning because we have to choose the best date, in fact, I do not know if there is a better date, but we must analyze it because we must apply a total closure of the bridge for at least 2 months”, explained the CONAVI directive.

Rodriguez assures that these works and the closing must be done in the short term, although the exact date is still unknown. “It is a priority, we have to do it soon because if we do not do it, the damage will be greater; we cannot let this work become an emergency”, he warned.

TEC’s expert bridge engineer, Giannina Ortiz, said that the intention of the group of engineers working on the subject is to have the final report on the intervention work ready within a month.

The 780-meter bridge will require improvement in its supports, bases, expansion joints and other elements. A report recently made by the TEC also showed its accelerated deterioration. “The bridge condition, despite the age it has, is not so bad at all. What happens is that it has a lack of maintenance, so urgent intervention is needed”, Ortiz said.

“I would expect that very soon we have the formal proposal for CONAVI and we hope that this work can be dealt with quickly, it will depend on the administrative process of our public institutions and that the intervention can be justified with urgency”, added the TEC expert.

For its part, CONAVI assured that US$ 1 million needed for the work would be taken from the regular budget of the institution. 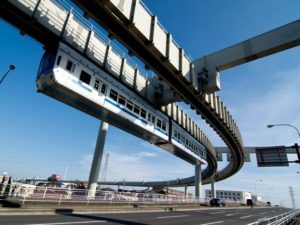 How to Plan my Personal Budget if I Have Variable Income?

How to Afford a Trip to Costa Rica