What You Should Know About the Solution to Cryptocurrency Volatility

Children of Tortuguero Rescue Musical Culture of Calypso and Reggae

Central America received a total of 9,577,114 foreign visitors during the first ten months of 2011, according to preliminary data provided by the ministries of tourism of Belize, Costa Rica, El Salvador, Guatemala, Honduras, Nicaragua and Panama.

The Belize Tourist Board reported a six per cent increase in the total number of visitors, compared to the same period in 2010.

The British and Germans were the largest groups of visitors to this ex-British colony, renowned for its coral reef (the second largest in the world), Mayan ruins and ethnic communities such as the garifuna.

Costa Rica received a total of 2,067,231 visitors in the first ten months of 2011, two per cent more than in the same period in 2010, remaining the most visited Central American country.

The European market grew by six per cent and the number of British visitors increased by 11 per cent to 29,894.

The total number of visitors to El Salvador remained the same in the compared period, but there was a remarkable 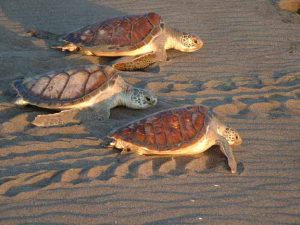 increase of 63 per cent in the number of European visitors, 27,435 in total, thanks to the introduction of new Iberia direct flights from Madrid.

The number of European and British visitors, mainly attracted by the country´s Caribbean beaches and the Mayan archaeological site of Copan, increased by four per cent.

The European market grew by two per cent in total, with the biggest increase being in British visitors, up by ten per cent.

Factors such as the development of new tourism products like the Water and Coffee Trails, or the declaration of the island of Ometepe as a Biosphere Reserve by UNESCO, are thought to have contributed to the success.

Panama continues to grow and attract more investment as well as visitors.

The country received 1,485,409 visitors from January to October 2011, ten per cent more than in the previous year.

European visitors (109,540 in total) were up by 12 per cent, with the biggest increase being in the number of German visitors, up by 43 per cent.

What You Should Know About the Solution to Cryptocurrency Volatility

Several countries in Latin America are following the trend of virtual currencies. El Salvador adopted them as legal tender...
Travel

Children of Tortuguero Rescue Musical Culture of Calypso and Reggae