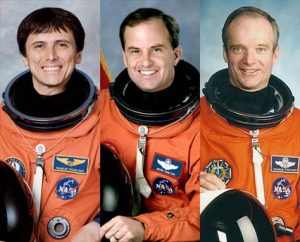 A spacewalker who tied the record for the most space missions, the military’s highest-ranking astronaut, and a former chief of the NASA astronaut corps will be inducted into the U.S. Astronaut Hall of Fame this May.

Retired astronauts Franklin Chang-Diaz, Kevin Chilton and Charles Precourt were confirmed as the 2012 honorees by the Astronaut Scholarship Foundation, which oversees the Hall of Fame’s annual selections. The three veteran space shuttle crew members will be added to the list of 79 astronauts enshrined in the Astronaut Hall of Fame since 1990, including all of NASA’s Mercury, Gemini and Apollo program pioneers.

An induction ceremony is scheduled for May 5 at NASA’s Kennedy Space Center Visitor Complex in Florida, where the Astronaut Hall of Fame is located.

The Astronaut Scholarship Foundation will host a gala in the three astronauts’ honor on May 4, with many of the Hall’s earlier inductees expected to attend.

Franklin Chang-Diaz made his seventh flight into space in June 2002, tying the record set by fellow shuttle veteran Jerry 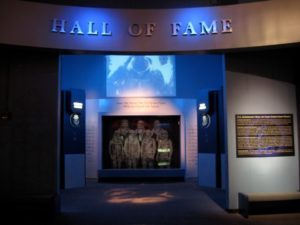 Ross for the most missions into space. In total, he logged nearly 70 days in orbit.

Since leaving NASA in 2005, Chang-Diaz has focused on developing advanced rocket propulsion technology that could get astronauts to Mars in almost half the time that he spent on his seven flights.

Born in Costa Rica, Chang-Diaz was the first naturalized U.S. citizen to become an astronaut when he was chosen by NASA in 1980. Serving as a mission specialist, he flew aboard four of the agency’s five space shuttle orbiters. His first launch as an STS-61C crew member on Columbia in January 1986 returned to Earth 10 days before the loss of the shuttle Challenger and its seven astronauts.

Over the course of his six other spaceflights, Chang-Diaz helped deploy the Galileo probe to Jupiter, twice tested a tethered satellite system and worked aboard Russia’s Mir and the International Space Station. During his final flight, he made three spacewalks outside the orbiting laboratory totaling more than 19 hours.

Applying the Ph.D. in plasma physics he earned from MIT in 1977, Chang-Diaz founded the Ad Astra Rocket Co. in 2005, continuing the work he started at NASA on the Variable Specific Impulse Magnetoplasma Rocket (VASIMR), a means of electrical propulsion that in theory could propel a crewed rocket to Mars in 39 days. 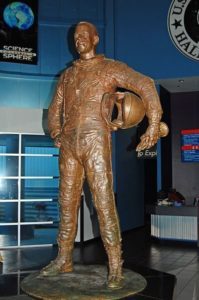 When Kevin Chilton retired from the U.S. Air Force on Feb. 1 last year, he was a four-star general, the highest rank ever attained by an astronaut.

A veteran of three shuttle missions, Chilton joined NASA’s astronaut corps in 1987. He made his first flight sitting in the pilot seat for the maiden launch of shuttle Endeavour, STS-49, in 1992.

Chilton went on to pilot Endeavour again for the Space Radar Laboratory mission in 1994, before commanding the third shuttle docking to the Mir space station two years later. He served as deputy program manager of operations for the International Space Station before leaving NASA in 1998.

His final assignment before retiring was as commander of U.S. Strategic Command at Offutt Air Force Base, Neb.

Charles Precourt was chief of the astronaut corps when the International Space Station was “born” in 1998, giving him the

responsibility to coordinate both station and shuttle crews as they visited the burgeoning orbital outpost.

A veteran of four spaceflights, Precourt flew three times to Mir between June 1995 and June 1998. His final flight saw him command the last shuttle docking to the Russian space station. Over his career, he logged almost 40 days orbiting Earth.

A member of NASA’s 13th group of astronauts, Precourt launched on his first flight three years after being selected in 1990. Piloting Columbia, he and his STS-55 crewmates conducted nearly 90 science experiments on the German-sponsored Spacelab D-2 mission.

In addition to his time as NASA’s 10th chief astronaut, Precourt served as the director of operations for the U.S. space agency at the Gagarin Cosmonaut Training Center in Star City, Russia and as the deputy manager for the International Space Station. He was also the first program manager for NASA’s Crew Exploration Vehicle (CEV), the predecessor to the Orion multi-purpose crew vehicle being built now to take astronauts beyond Earth orbit.

Dream Beaches to Get Lost in Costa Rica

Costa Rica: A Dream Place, Without an Army And Without Pollution

Dream Beaches to Get Lost in Costa Rica