The Airbnb accommodation platform released the results of a survey conducted with hosts and guests in Costa...
Read more

Do You Like Independent Cinema? 20 Titles Arrive to the National Movie Scene this Year

With the reopening of more than a hundred cinemas in the country,...
Read more

Canada and Costa Rica have concluded a second round of talks on the improvement of their existing free trade agreement (FTA).

The successful conclusion of this stage in negotiations was announced by Canada’s Ed Fast, Minister of International Trade and Minister for the Asia-Pacific Gateway. Talks took place from February 6 to 10 in San José, Costa Rica, with a third round scheduled for April, 2012. 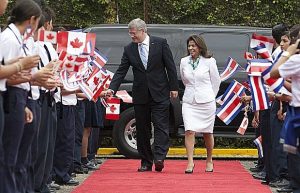 The original agreement entered into force in 2002. However, it did not include provisions in areas such as cross-border trade in services, financial services, investment and government procurement. The Canadian government believes that modernizing and expanding the agreement would create greater opportunities for Canadian businesses in sectors including construction, manufacturing, financial services and telecommunications.

According to Fast, expanding the FTA forms part of the government’s pro-trade plan for jobs and economic growth. “Expanding our free trade agreement with Costa Rica will enhance access for businesses in many sectors, which means jobs and prosperity for Canadian workers and families,” he said. “By deepening Canada’s trading relationships around the world, our government is committed to helping businesses gain preferred access in priority markets.”

Costa Rica is Canada’s largest trading partner in Central America, a position it has held since 2002. It accounted for 31% of Canada’s two-way merchandise trade with the region in 2010, with paper and paperboard, cereals and machinery the main exports. Canada has also concluded trade agreements with Chile, Colombia, Costa Rica, Honduras, Mexico, Panama, Peru and the US. Canadian exports to these countries made up over three quarters of Canada’s worldwide exports in 2010.

“In what remain globally challenging economic times and with one in five Canadian jobs generated by trade, expanding agreements like ours with Costa Rica is a key part of our government’s low-tax, pro-trade plan for jobs and economic growth. Promoting free trade, diversifying our export markets and helping Canadian businesses expand and succeed in priority markets around the world will strengthen the financial security of Canadian families and ensure Canada’s economic success now and into the future,” Fast concluded.

The Airbnb accommodation platform released the results of a survey conducted with hosts and guests in Costa...
Read more
Featured Event

Do You Like Independent Cinema? 20 Titles Arrive to the National Movie Scene this Year

With the reopening of more than a hundred cinemas in the country, theaters already have expected premieres...
Read more
Science & Technology

Study Reveals that the Coronavirus can Invade the Brain

Headaches, confusion and delusions experienced by some COVID-19 patients could be the result of a direct invasion of the brain by the Coronavirus
Read more
- Advertisement -