Stage 0 Breast Cancer is not Cancer 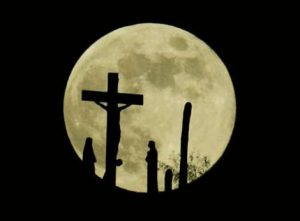 The river of Western civilization seems to be parting in two directions, neither of which offers anything new and nourishing. One channel, the increasingly irrational believers, are desperately “clinging to guns and religion;” the other channel-ers–New Age aficionados–embrace solipsistic delusion. We need a new wellspring.

Despite or because of these trends, what is holiness?

To my mind, holiness is simply essence flowing through a person on a regular basis. Holiness both exists in itself, and requires a quiet human being to be. It is the unitary essence at the core of the universe—death, creation, and love.

When the brain is deeply watchful, and, in being passively watchful, quiet without effort; when thought is not operating, or at least dominating the brain, because one has deeply seen that the continuous operation of thought ruins the brain; then the brain obtains nourishment from nature and the infinite wellspring beyond nature.

Thought is always grasping after something. It is its nature to do so. All one can do is watch and question its movement. Then, without effort, it yields to awareness, and insight, and something that can rightly be called holy.

A religious mind is a mind that continually questions, values insight (which leads to God) above all else, and accepts no inward authority, no matter how far a teacher has gone. A religious mind has nothing to do with organized religion and tradition, but stands alone, with the attitude, ‘this is what I am at present, and I’ll find out for myself what’s true and what’s false.’

One cannot look for holiness; it comes or it doesn’t on its own, and is always a surprise. Sometimes it’s there subtly; other 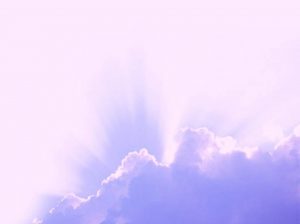 times it seems to pour from the earth and sky. Thought simply has to be deeply quiet, without any seeking, for it to be.

The first thing always is to negate the observer. And since effort and will originate in the observer (which is also the root of the self), no effort or will can end it.

Instead, one has to catch thought in the act of splitting off from itself, without which there could be no observer or self. Awareness alone acts, but it has to be very quick, quicker than thought. And the brain can only gather the necessary speed and intensity of awareness by passively watching every thought and emotion as they arise, which is best done in the mirror of nature, even it’s just one’s backyard.

It was an exceptionally beautiful morning, and I witnessed an amazing spectacle right after waking. From my room I have an entrance to a patio and backyard that faces south. I take short meditations there, or longer ones when it’s raining. Or when I can’t get to the parkland that runs through town and beyond, into a stupendous canyon and gorge.

There’s a fruit tree that was just a sapling when I first moved into the house nearly a decade ago. This morning when I went out to greet the day, as is my custom, it was filled with robins and other birds, feeding in the crystalline sunshine on small, dried berries.

There were a half dozen species of birds, including finches, juncos, and rakish cedar waxwings—all quietly taking turns feeding! There wasn’t a single conflict between or amongst the different species, even though at times there were a few dozen birds of various kinds feeding in the small tree. Even the normally raucous, domineering jays were peaceful and harmonious.

It was the plump, red-breasted, and sharp-eyed robins that dominated the scene however. They hold a special significance for me, since one marked the initial inner breakthrough of insight and awakening I had at 17.

For some weeks, while still living at my parents’ house, I’d been asking, ‘what is this observer that always seems to be separate from that which it is observing, even within myself?’ (Strange thing for a 17-year old to ask, I know.) One day as I was just observing, outwardly and inwardly, a robin appeared; and in a great flash of insight I saw that thought was a single movement, but it continually divides itself from itself, creating the illusion of a separate observer.

Then I saw the robin on the green lawn as I’d never seen anything before. It exploded with vibrancy, and relatedness to everything. I also saw, at the same moment, to the root of man’s separativeness. It was the beginning of 40-plus years of meditation and questioning, which have no system or method.

This morning it felt like I’d come full circle in some deep way, with the robins and all the other birds gathered in that familiar tree. The quiet spectacle felt pregnant with meaning, but of what?

Stage 0 Breast Cancer is not Cancer

National Parks Of Costa Rica Received More Than 122,000 Tourists during the Christmas Holiday