Organizations and professionals dedicated to the development and accompaniment of ventures in Latin America have a virtual appointment on...
Read more

China already has its own digital currency: the Virtual Yuan, controlled by its Central Bank, according to a Wall...
Read more

The Pandemic is having a profound impact on the way we work; the disruption that we are going through...
Read more
TCRN STAFFhttps://www.TheCostaRicaNews.com
Creating a Conscious alternative news network that we feel the world needs. Pura Vida! 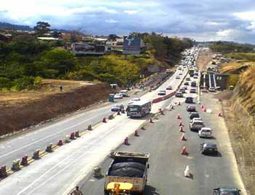 The company Highways of the Sun said yesterday that the amounts payable at each toll collection station will remain unchanged from any further period home 01 of January 2010.

As indicated, as of that date, almost all of the tolls will remain enabled. By contrast, only in the toll Escazú, heavy truck axles two and three paid ¢ 10 colones less than they should pay up now.

In that sense Cristian Sandoval, CEO of Highways of the Sun, explained that changes in tariffs under the contract are not always directed upward, as on this occasion. On the other hand recalled that after the decision of the Constitutional Court, which ruled that the company Highways of the Sun had to provide a dedicated lane for emergency vehicles, said that since October it enabled and properly marked, a dedicated lane for vehicles emergency.

Organizations and professionals dedicated to the development and accompaniment of ventures in Latin America have a virtual appointment on...
Read more
Economy

From NASA to Costa Rica Spreading the Wonders of Astrophysics: LeRoy Larry

The Government of Costa Rica announced the reinstatement of the vehicle license plate circulation restriction on weekends, starting this April 17th. Thus, the plates...
Read more

2021 is a very important year for Costa Rica, it celebrates the bicentennial of its independence. Since after a hard year, it is time...
Read more

The Municipal Council of San José unanimously approved in ordinary session on Tuesday, April 6, the declaration of our Capital as a “canton friend...
Read more
- Advertisement -