Blockchain (chain of blocks in English) comprises a distributed database in which each item has a timestamp and a link to a previous document so that as you seal this item it is theoretically impossible to modify.  It is for this reason that the blockchain is used in types of applications that require high reliability so that falsifications do not occur.

The stamping of time in the operation called transaction in blockchain slang allows blockchains to store information of which we are interested in making a temporary follow-up for some reason. An example of this would be a contract that must be negotiated annually and that therefore varies once every twelve months. Being a distributed database, the items are replicable in different computers, this leads to finding each of the data on several servers or computers and their synchronization occurs almost simultaneously, it is very difficult to falsify all at once and get it with one of the registers; it would be easy to detect the error and prevent it from spreading.

That is when an authorized modification is made it is very easy to validate the authorization and modify all the records simultaneously. Other interesting features of the blockchain are that the information is not deleted; when we talk about modifications, these are modified by addition. The only operation that is performed is the data addition, so the blockchain stores all the history of the document or the items of the modifications that we have been applying to it.

When we think of blockchain, the financial sectors come to mind especially as we relate it to cryptocurrencies. In part, it makes a lot of sense that blockchain supports bitcoins, currently the best-known cryptocurrency. However, the blockchain also has immense power in other sectors, for example, the world of marketing and advertising.

The blockchain serves to guarantee data transfer, something that has been sent by an individual A to an individual B. To understand it we must explain the concepts that make this operation possible.

For a transaction to be added to the block, it must be verified. What does this work? Miners. They are computers that are dedicated not only to keep a copy of this great “virtual book”, but also to validate that all the nodes in it agree among themselves.

We arrive then at what is a node. These are the computers that conform to the network, ultimately the participants. When they are connected, they also act by having a copy of the blockchain, thus becoming a P2P network.

How Safe is Blockchain Technology

The transactions made through blockchain have no backward movement. Once registered, they cannot be deleted. The fact that it distributes all the nodes of the network makes any variation suspicious. In addition to making modifications of the information already written, there must be a consensus of the majority of the nodes. The blockchain protects your information against hackers by creating this highly collaborative and distributed network. For it is a system very resistant to attacks, faults or falsifications.

The blockchain, beyond what it supposes to project for the coming years, has created high expectations. By its similarity to different peer-to-peer networks, we can reduce that these were also innovative at the beginning, giving much to talk about. However, at that time the debate turned more on readability and copyright, while with the blockchain we focused on a peer-to-peer network concentrated on payments and transfers of different files or documents.

Blockchain also has created great expectations for its involvement with the economy and various collaborative models, where costs are lower and have a decentralized system for the financial world.

We must not forget the evolution and change in a sector as dynamic as this is, with addition every week of news, ideas, companies, solutions, innovations, all this conforms a truly revolutionary model that will not stop modifying technology such as cryptocurrencies or the blockchain in itself. 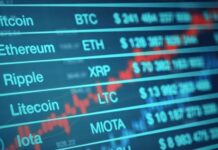 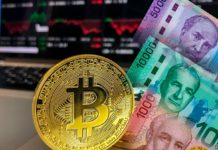 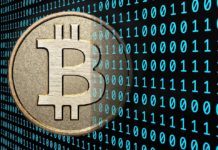 Cryptocurrency: Changing the World Economy in a Positive Way