For the most part, people think that cryptocurrencies are just virtual money and a new way of doing transactions. In fact, they are. But cryptocurrencies go beyond the simple monetary aspect. The technology on which they are based is revolutionary and has many other applications.

Traditional money or fiat was created to facilitate trade. Over the centuries, this activity has become extremely complex and today those who trade interact with each other globally.

Before, exchanges was carried out manually, that is, not automated, in a process that requires third parties. These third parties can be governments, central banks, commercial banks, brokers, accountants, and the likes. Their most important common feature is that they are reliable and accurate in their record of transactions.

That’s why they are called “trusted third parties” and their job is to facilitate, approve and keep an accurate record of all business operations. This information is generally kept closed and secret.

Since they appeared a decade ago, cryptocurrencies and the software on which they are based have become a “trusted third party”. Let’s see why.

Today there is a global network of computers that dispenses with the entities that traditionally provided the services of intermediation, approval, and registration of commercial operations. Now users have the control. That is according to many experts, its biggest advantage.

The name of this open, coded, agile and cheap network is blockchain. It is a distributed database that maintains a shared list of records.

The idea behind blockchain technology dates back to 1991 when Stuart Haber and W. Scott Stornetta described the first blockchain that used cryptography as a security system.

Blockchain technology as we know it today acquired importance since 2008 when a person using the pseudonym Satoshi Nakamoto published the white paper for Bitcoin, the first cryptocurrency.

It works like a digital and public ledger that does not require any central authority. The information is no longer closed or secret since it is available to all members of the network and is updated periodically and simultaneously. This system connects data centers and individual PCs around the world in a massive network of mining operations to coin digital currency.

All the important data for each transaction are contained in cryptographically encoded units called blocks. Each computer (or network node) has a copy of the complete block and this can only be modified and added to the chain when the operators of the network, known as miners, have validated its authenticity.

In short, if a member of the network wants to do business with another, he sends him an encrypted message (token). The token is stored in a block (blocks are sent as they are created). When it is verified by the other nodes in the network, the consensus indicates that the operation is correct.

The concept of cryptography has existed literally for millennia. Cryptography is essentially the practice of encrypting certain data or information through a password so that it can be kept secret from third parties.

For instance, the cryptography used in the blockchain technology prevents someone from corrupting a transaction by tampering with blocks of data. If this happened, the multiple nodes would detect it and the blockchain would refuse to generate any movement. Each link in the blockchain is completely secure and indecipherable. Once you add a link, it cannot be changed, moved or deleted. This creates a “single shared source of truth”, that allows you to trust 100% in the blockchain.

This concept implies that an organization can apply “a golden rule” as part of its information architecture to ensure that everyone in the organization uses the same information when making decisions.

All this is of enormous importance since unlike the traditional ways of expressing and accumulating wealth and doing business; cryptocurrencies are not dollars, euros, shares or commodities. They are smart, individual and programmable money that can be adapted to meet the specifications that users require. For example, they can decide what element of value a cryptocurrency represents, also when, where, by whom and how it can be spent.

The blockchain can be the future of finance and financial technology. It has so many interesting applications that hundreds of initiatives have emerged with a focus on this technology. It can increase the efficiency in time and resources, increase the security and the capacity on the part of the users to follow the commercial processes of which they are part.

There is still much to be seen regarding the use of blockchain beyond financial services, but the digital revolution has already begun and this technology has become an integral part of the industry. 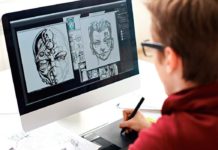 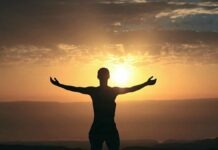 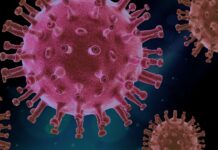 Costa Rica and COVID-19, A Look Into the Future