The bananas of Costa Rica are along with coffee and cocoa the most important agricultural products for export, generating a significant impact on the economy, the culture and our national identity. 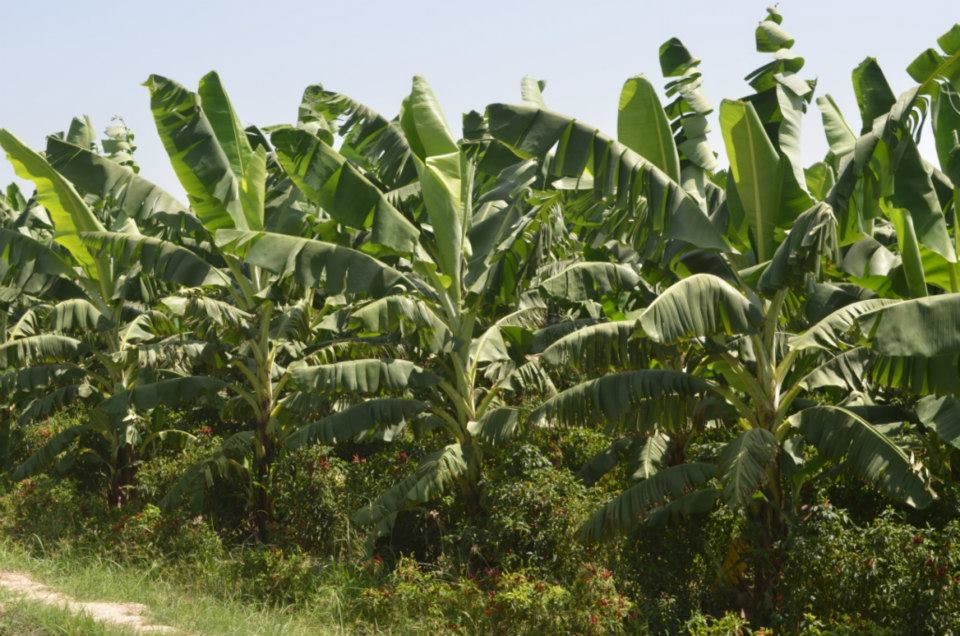 Currently, Costa Rica exports an average of 100 million boxes of bananas (1.87 metric tons) equivalent to 10% of world exports. Besides, the Creole banana for local and industrial consumption is also of reference due to its excellent flavor and organic quality.

The Costa Rican Caribbean, with its banana zone and its dramatic history that occurred between 1872 and 1985, with its realities and legends, has had a decisive contribution in Costa Rican popular mythology, and has contributed as such to model a cultural identity nuanced with social sentiments, consensual solidarity, as well as the perception of the “adventurous manhood” of the Tico.

In opposition to the Central Valley, the Caribbean is presented as an exotic land where the domination of nature and the social injustice of past times demanded the survival of the strongest.

With a rather romantic vision, this “zone” became a metaphor, a first destination for the “American dream” of the Costa Ricans, a limbo without God or law, a “land of men” (it has been calculated that, during the time of the banana boom, there were about 1,000 men for every 10 women), a kind of “mysterious Siberia”, where there was a well-paid job for any intrepid man, or else, a fugitive from justice, tired of an unbearable wife, wanting to make quick money, change lives, show that he was “very macho,” or simply as the last alternative for a needy job in order to keep his children studying in the Central Valley.  A whole adventure with the risk of dying in some of countless machete fights, acquiring multiple diseases,  intoxicated by herbicides and pesticides, being sterile or mutilated, in addition to sleeping every night in a filthy hut full of sweaty men crammed and without the basic sanitary services, to then go out to work from 4:30 am for about 12 hours in the middle of a tremendous stupor produced by the combination of high temperatures and humidity, plus the persistent rain several times a day. So the abundant snakes and scorpions passed as a detail.

The banana zone, then, is a place where a melting pot of races comes together: Blacks, Chinese, Italians, Indigenous people, Nicaraguans and “Carthage”, as Costa Ricans from other regions were called.

From this mythology, the cultivation of bananas in the Caribbean zone of Costa Rica, especially dimensioned in the social conflict that arises from the marginalization of the lower social classes, represented in the railway worker, the worker of the banana plantation , the woman or the small peasant owner, has had repercussions that were reflected especially in the Costa Rican literature, especially in the authors that arose in the period between 1920 and 1940.

The marginalization of these popular majorities, opposed to the liberal role of the National State, allied to the almighty and multiform United Fruity Company, dominant figures of delivery of national capital abroad, as well as the emergence of the communist ideal as a vanguard movement and social reaction, is the central theme of literary works such as Bananas and Men ( Carmen Lira, 1931), Juan Varela (Adolfo Herrera García, 1939), Some Tales of Anguish and Landscapes (Carlos Salazar Herrera, 1940), Mamita Yuma (Carlos Luis Fallas, 1941, considered a masterpiece on the subject), Puerto Limón (Joaquín Gutiérrez Rangel, 1950), several of the Tata Mundo Stories (Fabián Dobles, 1956), and Limón Blues (Ana Cristina Ross, 2002 ), all of them with the banana zone of the Caribbean as the scene of this social struggles.

Banana cultivation was introduced to the country by Fray Tomás de Berlanga from the Cayman Islands around the year 1860 and was commercially cultivated in Costa Rica as a result of the need to generate continuous cargo for the Atlantic Railroad since coffee being seasonal did not generate enough use for the train.

The first export was 360 clusters directed to New York, United States. The cultivation for commercial purposes began in 1872, in the Valley of Cent (Limón) with seeds brought by Menor Keith of Panama, of the variety “Gros Michel”, now known as Creole banana. Through a contract, Keith obtained the exploitation of the railroad for 99 years and the concession of 333,333 hectares of land enabled by it. This allowed initiating exports with some regularity from 1879, to the United States.

On March 30, 1899, The United Fruit Co., which bought other companies in Central America and the Caribbean, was founded in the United States, including the properties of Keith, who became the first vice president of this company. Thanks to land concessions, railroads, port docks, and tax exemptions, the United Fruit Co. grew on an international scale at the mercy of monopoly privileges and government favors.

The United Fruit gets its maximum power at the end of the 1920s; At that time, this company was in several Central American countries “a State within another State”. The Central American republics were and are still sometimes known with the derogatory term “Banana Republics” referring to the dominion that United Fruit had over those governments.

At the beginning of 1928, most of the banana plantations were seriously affected by the “Mal de Panamá” and the “Siégatela” crop plagues, which caused the United Fruit to abandon the activity in the area.  The total abandonment of operations in the Turrialba and Jiménez areas occurred at the beginning of 1935.

Earlier, the Costa Rican Bananera Company reached a commercial agreement with the González Flores government to create an enclave in the southern lands in which the authorities did not have permission to enter their farms. Through this agreement, the plains of Parrita, Palmar, Piedras Blancas would be exploited for 100 years.

Between the 4th of August and the 10th of September of 1934, the most important banana strike in the history of Costa Rica was carried a conflict whose roots reach more than five decades. The causes are multiple but a singularly important role is played by the collective identities that are forged in the construction of the railway that connects San José with the Atlantic zone, and then by the workers’ struggles and strengthening of national unionism that later had an important participation in the labor vision of the whole country, becoming a determining factor in the reform of the Political Constitution with Social Guarantees, the Costa Rican Social Security Fund and other laws and regulations that have shaped the social, political and economic life of the current Costa Rica.

Aspects that have contributed to the global qualification of an egalitarian, democratic country, with high levels of health, education, and respect for human rights. In 1984, the official exit of the banana transnational company was decreed and much of the paradisiacal muse (as the banana was called) became destroyed by the “Sigatoka Negra” plague. In spite of this, export continued by the efforts of other national producers.

In the social struggles mentioned some mythical figures of the ethnic culture have come to light, such as Isaías Marchena, Carlos Luis Fallas, Manuel Mora, Monsignor Víctor Sanabria, among others. Their works have had international significance, among them the famous books of “Caliph” narrating the hardships of the banana producing “zone” has been translated into more than 10 languages and used as textbooks in universities and colleges in many countries. The civil strifes occurring in the “zone” forced the rest of Costa Rica to see with astonishment and perplexity as the cancer of the wild economic liberalism settled in its bowels as if it were an autonomous republic, unscrupulously damaging the ecology, people and culture. In some way, it was an antithetical referent of the ideals and cultural values inherited from the ancestors and first settlers, a way of understanding itself as an antithesis.

In current times banana production is an industry in Costa Rica that accounts for 14% of the world’s total exports between 2014 and 2018. The nation exported the fruit to 38 countries in 2018, and there are no signs of it slipping as a favorite food around the world. The United States is one of the largest consumers, receiving 44% of Costa Rica’s exports in 2018.

In 2019, the banana continues to be a symbol of identity, but this time with the facet of brand-country and its permanent effort to live in harmony with the environment, as when the newspaper La República writes: “… The European Union places the Costa Rican brand as the best banana in the world since the industry maintains a sustainable production process with the social and environmental aspect “, being recognized as the most demanding market in the agro-food area.