Coffee from Costa Rica was, almost from the birth of the country as an independent nation, the basis of its economy and its main engine of development. The cultivation of coffee from the mid-nineteenth century had different social and cultural consequences that worked as part of the construction of the national identity.

The coffee grower has lent itself to the elaboration of symbols, emblems, and stereotypes. At present, the theme of coffee is one of the most represented motifs in the arts, crafts, folklore and popular culture. Its presence is constant in many of the symbols that purport to express national identity: the painted cart, the adobe house, the rural landscape of the Central Valley. 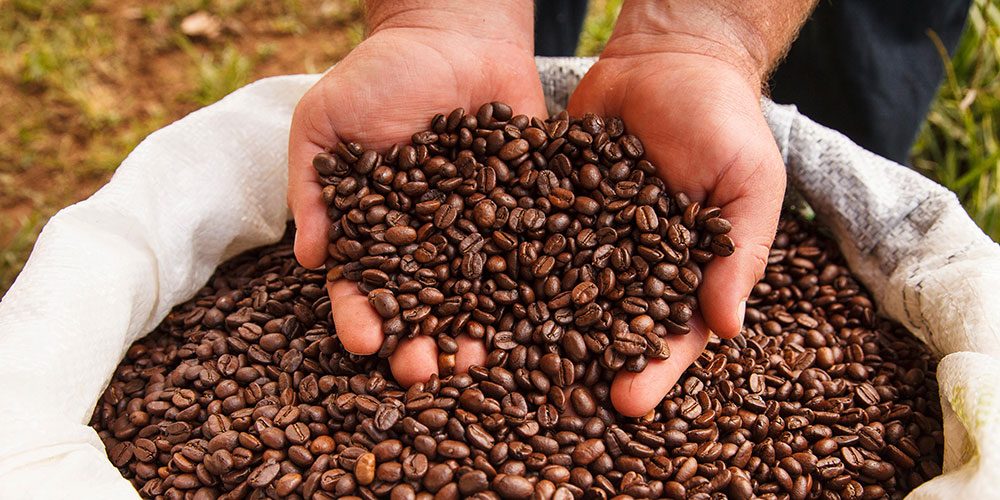 Costa Rican coffee is a culture with a tradition built by centuries of painstaking dedication to detail from the selection of seeds to the way to serve and accompany it at the table. It is in almost all facets of the collective imagination of Ticos and their way of understanding life. For almost two centuries it was the main source of family income and national currency. It is currently recognized as a global standard for the quality of gourmet coffee, safeguarded under a Protected Geographical Indication (PGI) that encompasses all coffee produced in Costa Rican territory, as well as a Protected Designation of Origin (PDO) that covers specifically Tarrazú coffee, produced in the Valle de los Santos, south of the province of San José.

Costa Ricans need to start their day with a steaming cup of coffee, but many also ignore the history behind this drink that has become part of our culture. How did this “Golden Grain” reach our country and why was that title attributed to it?

1720 is the probable date of the introduction of coffee to America when the first seeds of the “Coffea Arábica” and “Typica” variety reached the island of Martinique, Antilles, which were later sown in the Costa Rica Province at the end of the 18th century.

At that time our country had subsistence agriculture. Costa Rican history has changed since 1808: under the aegis of Governor Tomás de Acosta, the cultivation of coffee began to take root in our soil, which penetrated deep into the Costa Rican way of being and work dynamic. Costa Rica was the first Central American country to establish this flourishing industry. Outstanding personalities contributed to the development of the crop and Father Félix Velarde has been recognized as the first sower, who  1816 is referred to having a plot of land with coffee plants. The first coffee plantation was 100 meters north of the Metropolitan Cathedral, at the junction of Central Avenue and Cero Street in San José.

Several factors favored the establishment of the “Golden Grain”. The places where the first plantations were made were characterized by soils of volcanic origin, extremely fertile; a rainy season and a dry one, relatively uniform and favorable temperatures throughout the year contributed to the optimal development of the plant.

After Independence, in 1821, the municipal governments were the first to encourage this crop with policies of plant delivery and land grant to those who were interested. The Josefina municipality, a pioneer in that effort, was soon emulated by the administrative bodies of other settlements: Cartago and Tres Ríos.

The Heads of State, Juan Mora Fernández and Don Braulio Carrillo, supported the coffee activity and saw in coffee the product that would generate an economic movement to benefit all the economy and allow the economic and social development of Costa Rica. Don Mariano Montealegre is considered the main promoter of the crop between 1830-1840.

As the first plants matured, the interest of Costa Ricans in growing them increased. Already in 1821, there were 17 thousand coffee trees in production, having made the first export of 2 quintals of coffee to Panama in 1820. Around 1840, Don Braulio Carrillo decreed that the lands to the west of San José, in Pavas, be dedicated to plantings of coffee. The head of

The state thought that the Government should direct the coffee policy and be in charge of looking for markets and that the most important were those of English-speaking countries. Therefore, parallel to the support of the planting, he ordered the construction of the Atlantic road that would allow Costa Rica to have a direct route to the British ports.

100% of our coffee is of the Arabica, the Caturra and Catuaí varieties, which produce a higher quality grain, therefore, the end product has better organoleptic characteristics: pleasant, aromatic and refined. Since 1989, the planting of the Robusta variety of lesser quality has been prohibited by law. In addition, the Catimores, of high productivity, were no longer cultivated to preserve the quality and genetics of the premier species.

In Costa Rica coffee is grown in fertile soils of volcanic origin and low acidity, ideal conditions for its production. More than 80% of the coffee area is located between 800 and 1,600 meters of altitude and at temperatures between 17º and 28º C., with an annual rainfall of between 2,000 and 3,000 millimeters.

Since 2001, the Coffee Institute of Costa Rica, ICAFE, has implemented the National Coffee Plan with actions that improve the conditions in which coffee is produced, benefited and marketed. The advanced technology that the Costa Rican coffee producer has used for more than 200 years has allowed it to adapt the plantations to the characteristics of each zone.

It is grown in 8 producing areas: Brunca, Turrialba, Tres Ríos, Orosi, Tarrazú, Central and Western Valleys, and Guanacaste. It uses a manual and selective collection method: only mature grain is chosen. Each coffee region of Costa Rica signed a Quality Improvement Agreement in which the owners of the beneficiary companies have committed to receive and process only ripe fruit, which guarantees a better cup quality.

The Costa Rican coffee sector uses only the wet process, in which the pulp is removed on the same day as the grain harvest. Also, the classification and cleaning, after the removal of the pulp, is done before the fermentation process, with the purpose of eliminating the remaining pulp and removing the possible defective grains. In the Costa Rican beneficiary process, sun drying is used, one of the systems of greater demand by the world markets.

As a means of quality orientation, since 2007 a tasting competition is organized, from which 10 of the best coffees are selected as winners. Three of them were selected by an expert jury during the Cupping Pavilion competition of the United States Fine Coffee Association.

Among the preferred varieties, the “Caturra” variety is characterized by being of low bearing, short internodes, thick trunk, little ramified, abundant lateral branches, short, with secondary branching, which gives the plant a vigorous and compact appearance. The leaves are larger, wider and darker, the fruits are also larger, the root system is very well developed and is of greater extension and density.

The adaptability of this variety is very wide, particularly in terms of altitude and the productive potential is outstanding, since despite its small size, the quality of presenting very short internodes and abundant secondary branching, makes possible its high productivity.

Many families for generations have contributed to the adaptation and improvement of the genetic quality of Caturra coffee, among which Ibo Bonilla Rojas highlights that around the year 1945 the first crops of this variety were made in the Sarchí area, varying the traditional crop in the shade thus increasing productivity, ease of handling and quality.