The Costa Rica News (TCRN) – Costa Rica is renowned for its biodiversity and hundreds of kilometers of untouched beaches, but it’s also home to one of the biggest archaeological mysteries of our time: the Costa Rica Diquis stone spheres. 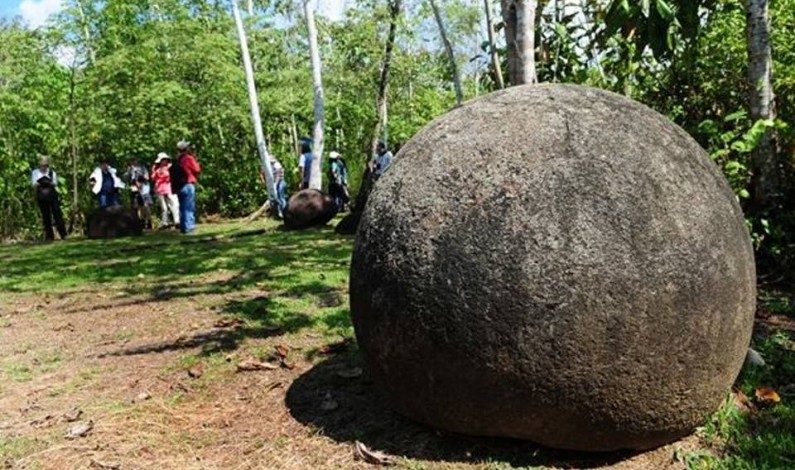 The stones were originally discovered in 1939 by the United Fruit Company as they were clearing out dense jungle to create space for banana plantations.  It’s believed that the stones were constructed around 800 A.D.

Over 300 stones have been found to date, primarily located throughout the Diquis Delta in the Pacific South region of Costa Rica.  However, only about 10% of the spheres have remained in their original location; the rest have been moved to various museums, parks, and government buildings, even traveling all the way to the Costa Rica Embassy in Washington D.C.

The stones remain a true mystery both in their origin and their purpose.  Because of their size, bulk, and precision, many believe that it’s impossible that indigenous tribes created and positioned these colossal stones, many of which are 7 feet in diameter and weigh 20 tons.

In a CNN Global Treasures report, it was even speculated that the stones could be the result of aliens or remnants from the lost city of Atlantis.  However, the report also discusses recent developments in an area known as Finca 6, where six partially buried stones line up perfectly with the rising sun two times per year.  Because of this, a new theory is that the spheres were a way of gauging time.

No matter what their official story is, the stones have captured the curiosity of the globe, even becoming a recognized World Heritage Site in 2014.

Buying a Home in Myrtle Beach (SC): A Beginner’s Guide