Costa Rica’s economic structure is based mainly on tourism, agriculture and the export of electronic equipment and services.

The country’s name comes from the relative prosperity acquired over time with the cultivation of coffee and bananas. The United Fruit Company, an American firm, was established in the country at the end of the 19th century and was influential in the construction of trading ports such as Quepos and Golfito, both very important for the banana trade. 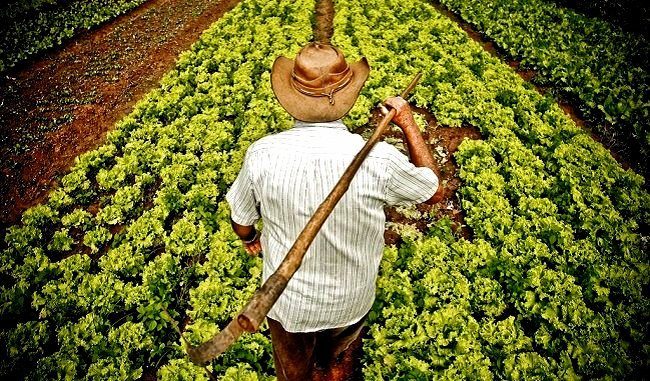 Costa Rica continues to be basically agricultural, despite the industrial development that began in the early 1960s and tourism. In an effort to achieve a diversified economy, greater emphasis has been given to livestock production. The economy of Costa Rica is quite stable and depends essentially on tourism and the export of agricultural and electronic products. The tourism sector generated revenues of 470 million dollars in 2018.

More than 10% of the territory of Costa Rica is cultivated. Except for the banana plantations, which are located in large areas of the coast, mainly the Caribbean, most of the agricultural properties are small. Coffee, which due to its excellent quality, is one of the country’s most valued products is grown mainly in the Central Plateau.

Costa Rica’s Joe: the best in the world.

Tico coffee is a whole culture, with a tradition built by centuries of painstaking dedication to detail, from the selection of seeds to the way to serve and accompany it at the table. Coffee plays a part in almost all facets of Costa Rica’s’ collective imagination and their way of understanding life. For almost two centuries it was the main source of family income and national currency. It is currently recognized as a global standard for the quality of gourmet coffee and it was placed under a Protected Geographical Indication (PGI) that includes all coffees produced in Costa Rican territory, as well as a Protected Designation of Origin (PDO) that specifically covers Tarrazú coffee, produced in the Valley of the Saints, South of the San José Province .

It is widely acknowledged that the first coffee seeds were brought in from the Antilles around 1776. On October 12, 1820, the ship Our Lady carried the first exported coffee from the Port of Puntarenas to El Perico in Panama. It was the first quintal (center) of “Café de Costa Rica”

Father Feliz Velarde has come down in History as the first coffee grower. In 1816 in his testament, he mentions that he owns a plot planted with coffee and, according to tradition, he distributed seeds among the neighbors, inviting them to plant them. In the decade from 1830-1840. Mariano Montealegre is considered the main promoter of the crop.

Also, the first two Heads of State Juan Mora Fernández and Braulio Carrillo gave their support to the development of the coffee Industry. They saw a product capable of generating economic growth that would benefit the Costa Rican society. The projection in the production of coffee in the following years made it the product that allowed Costa Rica’s economic development.

This development continued in 1832, when Mr. Jorge Stiepel, a German merchant, resident in Costa Rica, exported the first coffee export to Chile, where it was bought by European merchants, who re-exported it to London under the name of Chilean Coffee of Valparaíso.

Over the years it has been asserted that Captain William Le Lacheur opened the direct coffee trade with the English ports and in 1843 he made the London-Puntarenas trip on the Monarch ship to transport a cargo of 5,505 quintals of Costa Rican coffee. It was that first shipment which marked the success of the Costa Rican coffee trade with England. It would expand equally in France through Mr. Hippolyte Tournón.

From there, Costa Rica’s economic, social and cultural activities, in general, revolved around the cultivation and commercialization of coffee. Milestones such as the official Agricultural Policy (1821), First printing (1830), Land titling for coffee (1831), Currency issue ( 1836), Postal service (1836), Highway San José – Puntarenas (1840), First university (1843), First hospital (1845), consolidation of banking (1863), railroad to the Atlantic (1871), urban modernization of the capital (1894), construction of the National Theater (1897), railroad to the Pacific (1903), creation of the Coffee Institute of Costa Rica (1933), were made possible by the so-called “coffee oligarchy” whose political influence reaches the third Millennium.

Currently, eight areas of the national territory are used for the cultivation of coffee, which are the Brunca, Tres Rios, Orosi, Turrialba, Central Valley, Western Valley, Tarrazú and Guanacaste.

Coffee harvest is done manually and selectively, choosing the ripe grain, allowing a better washing of the grain. Each of the coffee regions of the country signed an agreement to improve quality with a commitment to receive and process only ripe fruit, which ensures a product of the best quality.

Costa Rican coffee is produced in a sustainable manner, in plantations with high biological diversity and low applications of agrochemicals. This saves resources, protects the environment, produces efficiently, competes commercially and reinforces the quality of life of farmers and society.

Costa Rican farmers began to grow banana plants in 1878, the first Central American country to do so. With the final tracks laid out for an Atlantic railroad in 1890, the industry grew rapidly and continued to grow throughout the 20th century as more people discovered the delicious fruit. more than 100,000 acres of Costa Rican land is used for this crop, which shows that our planet is undoubtedly a banana lover.

With people adding bananas to their cereals, ice cream, oatmeal, and pancakes, there is no sign that the fruit’s popularity is declining, and today, Costa Rica is one of the biggest banana producers in the world. According to the National Banana Corporation,  in 2010 the country exported more than 100 million boxes (40 pounds each). The amount also showed a substantial 18% increase in production from the previous year, and just in time, as chefs continue to use the fruit in recipes for bread, cakes, and desserts. You can find this delicious fruit in smoothies, bathed in chocolate and frozen for a refreshing snack on a hot summer day.

Pineapple is one of the main export products of Costa Rica, whose cultivation remains in the constant increase since the opening of the sector more than 30 years ago, being initially a non-traditional product. In 2014, the country added 37,659.9 cultivated hectares of pineapple.  The main producers are located in Buenos Aires of Puntarenas, San Carlos de Alajuela and Sarapiquí de Heredia, which represents 10.6% of the cultivable area of ​​the country. During 2013, pineapple cultivation generated $ 834 million, which made up 7.3% of exports that year, surpassing bananas as the main export agricultural product in 2010. In 2011, Costa Rica was the world’s leading pineapple exporter, generating 27,000 direct and 110,000 indirect jobs. For 2013, the country consolidated its position as the leading pineapple producer in the world. 50% of pineapple exports go to the United States, followed by Chile, China, and some Caribbean countries. The sector, nevertheless, faces diverse critics regarding sustainability, the use of pesticides and pollution of water resources, which has generated communal, environmental and labor conflicts.