The Costa Rican Social Security Fund (CCSS) has reported on several occasions that during the year 2018, the teen pregnancy rate stood at 14.7%, the lowest recorded in the entire history of the country. 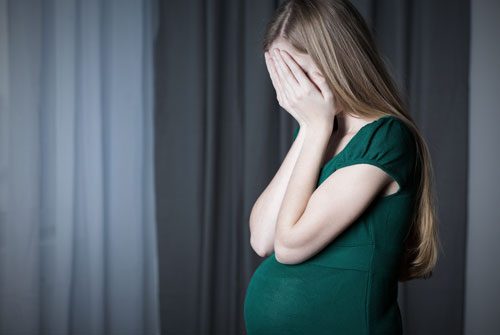 This reduction is evidenced in the number of teenage pregnancies between 2014 and 2018 that ranged between 19.4% and 20%. In the reports presented by the CCSS it was emphasized the joint effort by different institutions such as the National Board of Children (PANI), the Ministry of Public Education, the Joint Institute of Social Assistance (IMAS) and others, with the goal of reducing pregnancies in the population under 19 years of age.

Under this approach, the CCSS put into operation the “Mesoamerica” project which seeks to contribute to the reduction of adolescent pregnancy in the Atlantic zone and in the southern zone of the country, where changes were made in the method of approach to this population with the purpose of offering more friendly attention to their needs. Now, the CCSS will extend this work methodology to the Chorotega, Pacífico and Central regions, Huerta Norte.

With “Mesoamerica,” the CCSS adapted attention to the needs of the adolescent population and extended the time and offer of care so that this age group felt more confident towards the health personnel. As part of the actions to reduce the number of adolescent pregnancies, the Board of Directors of the CCSS approved the Institutional Policy of Comprehensive Care for Adolescents, as well as the Handbook for Management of Differentiated Hospital Services “Friendly for Teenagers”. In addition, the Fund carries out activities to promote healthy lifestyles and prevent pregnancy in adolescence in the different health facilities of our country; 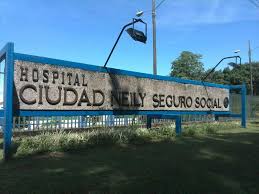 The Ciudad Neily Hospital offers a differentiated and friendly hospital service for adolescents that integrates Outpatient Consultation, Hospitalization and Maternity; and the offer of care and counseling for the adolescent population was expanded.

Pregnancy in adolescence is a global problem that requires the commitment of all countries to take preventive actions that favor the enjoyment and free exercise of the rights of adolescents to live their sexuality and their lives safely. Pregnancy in adolescence is undoubtedly the product and source of multiple human rights violations, so preventing it is an ethical obligation and must be a mission in which all sectors and actors converge decisively. A reality from which no nation escapes. Adolescent pregnancy happens in all corners of the world; however, poor girls, uneducated, from ethnic minorities or marginalized groups, and from remote and rural areas, are at least three times more likely to become pregnant than their educated and urban peers.

It is estimated that around 16 million women become pregnant each year, most of them in developing countries. It is estimated that Latin America and the Caribbean is the region with the second highest rate of teenage pregnancies (around 70 births per 1000 women between 15-19 years) in the world and it is estimated that 38% of women get pregnant before turning 20 years old In Costa Rica, this is, approximately 14,000 adolescents become pregnant each year and of these, nearly 500 are under 15 years of age. That is why it is considered that adolescent pregnancy is one of the greatest challenges facing Costa Rica from the perspective of young people’s rights, sexual and reproductive health, human development and the fight against poverty.

The possibility and responsibility of preventing pregnancies in adolescence, does not correspond only to adolescents, but belongs to everyone; as a society we have a responsibility to guarantee conditions and opportunities for the full development of adolescents.

Our country seeks to develop a host of incentives that allow the most unprotected population to obtain a series of resources and knowledge which will lead them to develop an adequate preparation when it comes to starting a sexually active life. Initiatives like this arise from the need to continue decreasing the pregnancy figures in adolescents in our territory. The woman of today is more focused on fulfilling positive goals and entering the job market before becoming a mother. This will give all our population women and men many advantages among them enjoying the consolidation and construction of a developed sustainable country.