The “transgenics” are a reality

Buying a beachfront property is a big decision in terms of private ownership. Beachfront condos or houses are not necessarily cheap and require more attention to detail than ordinary properties
Read more

Canada on Wednesday approved the use of Pfizer-BioNTech's Coronavirus vaccine for ages 12 and up, becoming the first country to authorize it for people so young.
Read more
TCRN STAFFhttps://www.TheCostaRicaNews.com
Creating a Conscious alternative news network that we feel the world needs. Pura Vida!

Genetic engineering will transform the food industry as we know it today. GMOs are a reality that nevertheless has its detractors.

Allergies, toxicity or destruction of habitat are some of the reasons that ecologists argue in their discontent against this technique of food production. However, scientists assure that it is totally safe to consume GMOs.

Delicious delicacies that can be transgenic

If someone walks up to the shelf in the fresh products section of a supermarket, huge dazzling red tomatoes will parade before them, seedless watermelons that are always sweet, seasonal fruits out of their season.

These healthy delicacies quickly enter the eyes and fill the mind with an uncontrollable sense of well-being. But some of these products are not as natural as it seems, they are GMO foods.

Countries that are developing GMOs?

Today, in most of the countries where this technique is applied, it is under development, due to the utility they provide in terms of production.

What does transgenic food mean?

Transgenic foods are organisms that have in their composition one or more genes different from those originally attributed to them, through biotechnology techniques.

Genes extracted from living things, modified in laboratories and reintroduced into the same or another organism can be used.

Technically they are known as Genetically Modified Organisms (GMOs) and their objective is to provide these organisms with special qualities that they would lack naturally.

In this way, transgenic plants can survive pests, cope better with them or resist the effect of some herbicides.

Although it is a controlled procedure and most of the methods used to produce these organisms have been authorized. They have created an intense debate between those who see a significant improvement and many advantages and those who point out the risks that these products could hide.

Pros and cons of GMOs 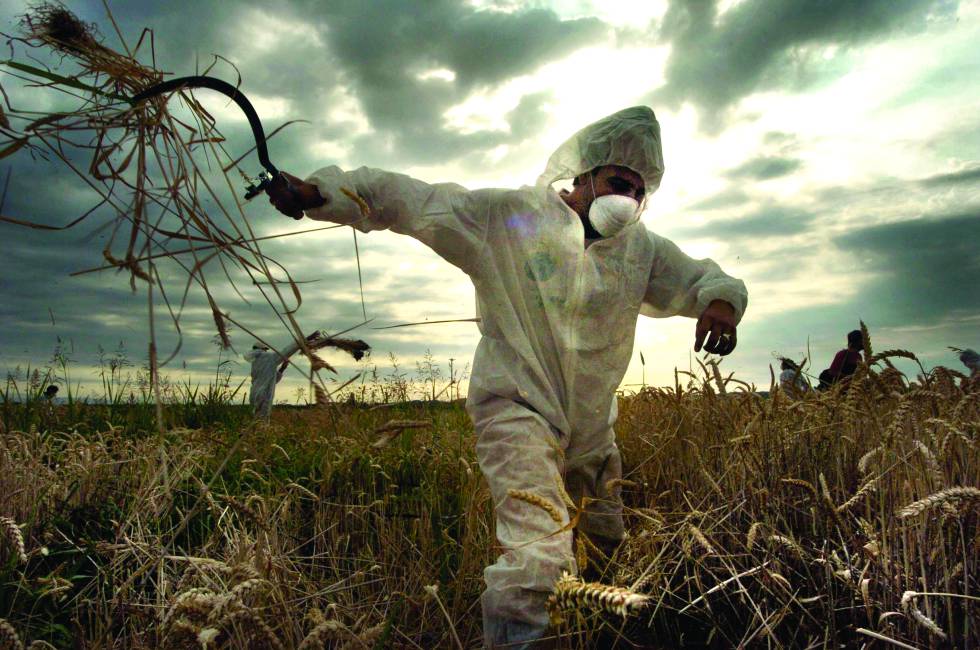 The professor of Biochemistry and Molecular Biology Francisco García Olmedo defends the use of GMOs due to the advantages found in them.

He argues the protection against viruses or herbicides, greater durability and size, accelerated growth or the ability to grow in sterile areas and from adding proteins that they would not normally come from.

Another argument would be that selective breeding and cultivation has been a common practice for thousands of years and has now only been taken one step further.

In addition, at the moment there have been no indications that transgenic foods have health consequences on the people who consume them.

On the other hand, Agronomist Juan Felipe Carrasco, who led a 2010 Greenpeace campaign against GMOs is one of the many opponents of this type of food due to the environmental impact and the loss of biodiversity it entails.

One of the biggest arguments against the use of transgenics does not refer to the transgenics themselves, but to the way in which they are used. These products do not generate viable seeds for which farmers are supposed to be dependent.

The suppliers are generally large multinational companies that control how and when it is produced. While many proclaim that GMOs will be able to feed the world’s population. Others point out that truly, the problem of feeding humans in the world is one of distribution, not technology.

Finally, transgenic foods are a reality that many oppose and are the subject of debate since their appearance. What is your opinion about this new reality?

Buying a beachfront property is a big decision in terms of private ownership. Beachfront condos or houses are not necessarily cheap and require more attention to detail than ordinary properties
Read more
Health

Singult is the medical term for hiccups and comes from the Latin singultus which means sigh. Any human being at any time in his...
Read more