Canada on Wednesday approved the use of Pfizer-BioNTech's Coronavirus vaccine for ages 12 and up, becoming the first country to authorize it for people so young.
Read more

Among the side effects that the drug could cause are symptoms (rare) similar to those caused by oral contraceptives
Read more
TCRN STAFFhttps://www.TheCostaRicaNews.com
Creating a Conscious alternative news network that we feel the world needs. Pura Vida!

The International Space Station (ISS) had to maneuver this past week to avoid a collision with debris from an old Japanese rocket, the third such maneuver this year, said NASA, which requested more resources to monitor the growing number of objects in the Earth orbit. The space debris would have passed 1.39 kilometers from the ISS, according to NASA, but it was decided to raise the orbit of the station as a precautionary measure.

It was a Russian cargo capsule (Progress), moored in the station, that pushed the ISS upwards by firing its thrusters, for 2 and a half minutes, controlling the operation in cooperation between the Russian and American control rooms.

According to astronomer Jonathan McDowell, the threatening object was the remains of a part of a Japanese rocket launched in 2018, which disintegrated into 77 pieces in February 2019.

The crew, two Russians and one American, had to be temporarily located in the Russian part of the ISS, to be able to make an urgent evacuation with the Soyuz capsule in case of danger, which was finally not necessary (in a first press release, NASA had indicated that the astronauts would re-enter the spacecraft).

According to the European Space Agency website, the ISS was about 421 km above the oceans before the operation and 435 km after it. It is moving at around 27,500 km / h, a speed at which even a small object can seriously damage or even destroy a solar panel or other item. 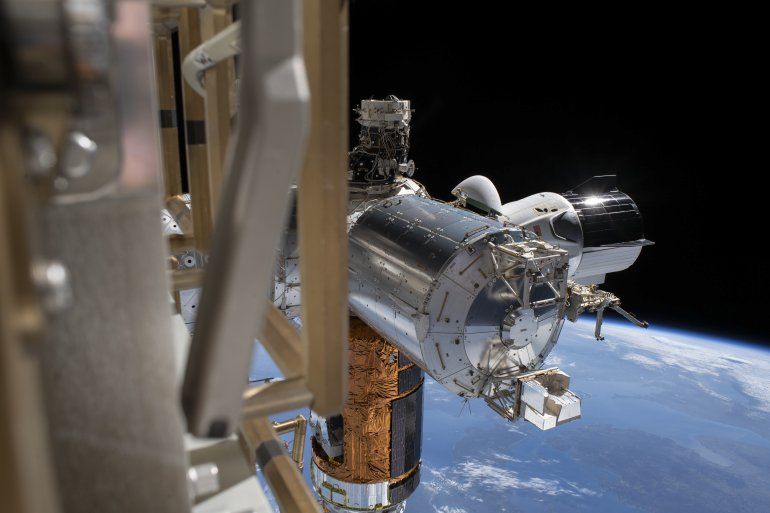 This type of maneuver is periodically necessary and is becoming more frequent due to the increasing pollution of the Earth’s environment, by the debris from old rockets or satellites launched over six decades, and by the thousands of fragments created by accidental or deliberate collisions, for example with shipments of anti-satellite missiles from India in 2019 and China in 2007. The station had to avoid such debris 25 times between 1999 and 2018, according to NASA.

“The Space Station maneuvered three times in 2020 to avoid the debris. In the past two weeks, there have been three potential high-risk conjunctions. The debris is getting worse!” NASA chief Jim Bridenstine tweeted.

Bridenstine claimed $ 15 million from Congress for the Office of Space Commerce, a civil service, to take over surveillance of space objects and coordinate warnings to private satellite operators in the event of a collision risk. To date, a military unit is responsible for space surveillance.

Just as the roots of plants penetrate the earth, so do cancer cells in healthy tissues, revealed today a scientific study, after establishing a clear similarity.According to the journal Nature Communications,
Read more
News

Interview with Roberto Aguilar: One Costa Ricans Path to Success in the Space Industry and Startup Aerialytics

Starting this week, Tico train users will be able to travel in the new units acquired by the Instituto Costarricense de Ferrocarriles (Incofer). As...
Read more

68% of jobs in Costa Rica could be occupied by robots, according to a study by the Inter-American Development Bank (IDB) that analyzed the...
Read more

An Astronaut´s Perspective on Searching Meteorites in Antarctica