The Real Guide to Living In San José

Forget the Lonely Planet and Frommer’s, if you’re considering living in San José for an extended period of time, you’ll need more than a travel guide to survive. 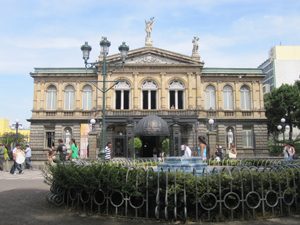 When most people imagine what it might be like to live in Costa Rica, they think of walking along tropical beaches, hiking through the rainforest, and feeding mangoes to friendly wild monkeys. However, if you choose to live in San José, Costa Rica’s capital city, your experience will be completely different. San José and its surrounding areas make up half the population of the country. There are chain fast food restaurants, trash on the streets, and a whole lot of traffic. Not to mention the crime rates.

So why choose to live in San José?

Well, being the capital city, you’ll have the best access to public services, universities, employment, and volunteer opportunities. There are more restaurants, bars, museums, and other sources of entertainment than the small villages along the coastline. Most importantly, you’ll have cheap and frequent bus service to all the beaches, mountains and rainforests all over the country. Living in San José might actually be the best way to see the whole country.

Upon first glance, San José may not be the city of your dreams. However, after some exploring and internalizing of this advice, it will be easier to enjoy yourself and feel comfortable in your temporary home.

Don’t skip ahead just yet. If you’ve already studied Spanish before coming to Costa Rica, you’re in good shape, but Tico Spanish is a variety not taught in schools. 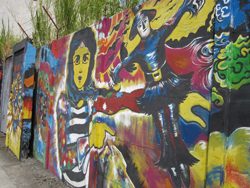 An entire book could be written about the intricacies of the Costa Rican dialect (and some already have). Your best bet would be either to find one of these books, or find a nice, patient Tico that will let you ask lots of questions. For starters, it’s important to know that ticos don’t use the tú from of verbs, but rather usted. So, the correct greeting would be Cómo está ud? not Cómo estás tú?. Additionally some essential words are mae (an equivalent to dude, bro, or man) and pura vida (meaning pretty much everything from good to thanks to hello). Also, something that will set you apart as a foreigner immediately is saying de nada. Ticos use con gusto, which they see as more formal and respectful.

Latinos have earned the stereotype of being passionate, full of flavor, and very sexy dancers. Knowing how to salsa and merengue will make you feel instantly less like a foreigner. Of course, your friends back home will also think you are super cool. There are dance academies all across San José, such as Merecumbé, so take a class. When the DJ at your favorite bar switches to salsa music at 1am, you won’t regret it.

Do Not Fear the Bus

The bus system in San José is comprehensive, and can take you just about anywhere you wish. However, it’s a little complicated due to the fact that most of San José’s streets lack names, and there is no official guide in print or online. Timetables for the buses that lead out of San José are included in various websites, but it’s always best to call the terminal to double check. Timetables can change without warning. When leaving San José for the weekend, it’s best to buy your tickets in advance if you can. You will regret it when you’re forced to stand in the aisle for the multi-hour journey. When navigating around San José, it’s good to know that the buses for each neighborhood have their last stop in downtown San José.

Don’t be afraid to ask for directions to the bus stop or to ask your bus driver to alert you when your stop arrives. The buses may seem scary, old, and dirty, but they are the cheapest way to get around San José, and not as hard as it may seem. 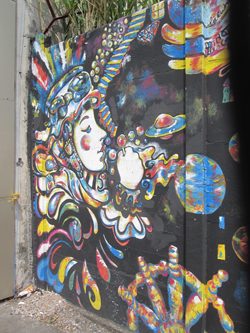 If you will be responsible for feeding yourself during your stay, or even if you aren’t, it is fairly essential that you locate the nearest fería, or farmer’s market. Nearly every neighborhood hosts one either on Saturday or Sunday. The wares, ranging from fruits to vegetables to meats, cheeses and even pirated DVD’s, are much cheaper than the supermarkets. Furthermore, you will surely discover fruits and veggies that don’t even exist in your home country. Don’t be afraid to ask about them and try them out, they might end up being your new favorite snack.

While Costa Rica doesn’t suffer from the violent, gang related crime of many Central American countries, robberies are indeed on the rise. In fact, most people in the country have either been robbed or pick-pocketed themselves, or know someone close to them who has. Stories of home invasions have become increasingly common, which helps to explain the excessive amount of barbed wire outside of most homes. While assailants might carry a knife or gun, they are more interested in your valuables than hurting you, so if you are ever the victim of a robbery, give away your valuables without a fuss, no matter how unjust it seems.

To try and prevent this attack from happening, avoid walking at night, especially alone. Always be aware of your surroundings, and avoid talking on a cell phone while walking. Don’t carry more valuables than necessary, and avoid wearing flashy jewelry. Ticos have also been known to stow valuables such as cash and cell phones in socks or bras while traveling around the city.

When traveling on buses, never let your bags out of your sight, and stowing them above your head is a bad idea. While these tips might make you nervous or anxious, remember that you can be safe and enjoy your time in San José if you keep your guard up. It’s better to be a little paranoid than have your trip ruined by crime.

Although some may consider San José a small city, it can surprise you with its complexity. These tips won’t guarantee that you’ll become an expert overnight, or even that you’ll avoid any awkward moments, but being eager to learn is the first step on the path to making San José your own.

For assistance in relocating or investing in Costa Rica feel free to use the contact form above.

Learn about the beauty of the region and the merchants who make fun possible for the tourists.
Read more

"White blue and red. 1821-2021” is the art exhibition with which the National Museum of Costa Rica and the University of Costa Rica offer...
Read more