The Age of Nation-States Is Over

The Costa Rican pineapple has become more exotic, with the news that a variety is exported whose interior is pink, it has a sweeter taste than the traditional one
Read more

(This week is the 41stinstallment of the book, “The Band Director’s Lessons About Life”, which TCRN is...
Read more
TCRN STAFFhttps://www.TheCostaRicaNews.com
Creating a Conscious alternative news network that we feel the world needs. Pura Vida!

Apparently God uses nations for different purposes at different epochs in
human history, and then discards them once that purpose is served. Sadly,
such is now the case with my own country, the United States of America.

Our present disappointment of a president, and our maddeningly reflective
and unreflective media, have been revisiting our greatest president a lot
lately, Abraham Lincoln. Long before the pathos of our demise, indeed,
before the pinnacle of our national achievement was even perceived, Lincoln
³saved the Union² and made America possible. 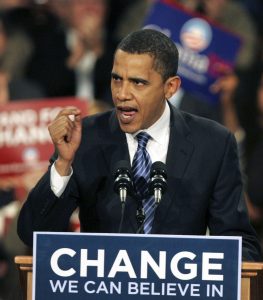 Barack Obama likes to think he¹s a Lincoln, but so far he¹s not even a Clinton. As he¹s going, he¹s more like a Carter–without the potential and prospects after his presidency. That may be a little harsh, but we¹ve yet to see how Barack really feels and where he really stands on any issue.

After all the lies of the Bush-Cheney era, many Americans thought they were getting someone who would tell them the truth, and lead them and their country back to their best selves. Instead, after a humiliating downgrade by Standard and Poor¹s (the same rating agency that gave Lehman Brothers a top credit rating just before they went bust and sent the global financial snowball rolling downhill), our president feeds us palaver.

³There is nothing wrong with our country. There is something wrong with our politics.² Easy, breezy, it makes me queasy. What a comforting prevarication from the president who has professed over and over, during both the campaign and in office, how much he ³believes in the American people.² Turns out he doesn¹t believe in Americans enough to tell them the truth.

The irony is that for a man who read the American people so well during the
campaign, Barack Obama has been one of the most obtuse presidents in our
history. Paradoxically, he¹s doing a good job in the office. He just doesn¹t
understand what the American people are looking fora passionate president
who stands for something.

Even so, there is something much more deeply wrong with America, and our
parlous politics are but its manifestation. A people can inwardly die just
as a person can, and the death of this nation¹s soul occurred two decades 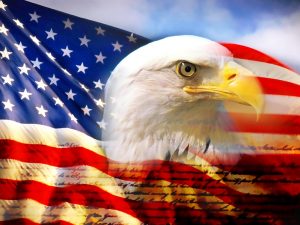 ago, at the same time the other superpower imploded. Ten years later and ten
years since, 9.11 was a dreadful sign of our collapse and decline.

How can we regain our spirit as a people, and what lessons can other peoples learn from the American experience?

The only way a people can come back to life is by facing the truth. Enough people have to deeply acknowledge it, and President Obama has to clearly articulate it. If he doesn¹t, we¹ll get a liar in 2012 that will make us long for George W. Bush.

Humankind needed America in its time as it needed Athens and Rome in theirs.
That troika represents the arc of Western history, but it has run its
course. Now that America and the West¹s time are over, can the East, and the
Mid-East respond?

Not if they continue aping the West, as China is doing. The human race has
yet to create a sustainable economy, just as it has yet to create a
sustainable species. We are destroying the earth before our very eyes, but
China is sucking up resources as though we have as much room as we did when
Columbus discovered¹ America. 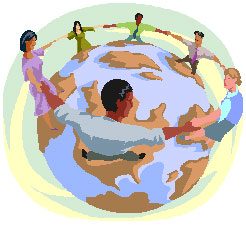 So which nation, if not America or China, can lead the way toward our undeniably globalized human future? No particular nation can, but perhaps a people or peoples, working in the context of the whole of humanity.

Can Africa find its voice, and bring humankind full circle on the continent of its birth to have a new beginning? Can India rediscover its spiritual soil before it becomes completely eroded, and forge an imperfect union between the spiritual and political dimensions? Can the life-affirming passion of Latin American peoples unite South and Central America and light the way?

Or can Muslim peoples, painfully liberating themselves from Western acting and reacting tyrants, lead the way to a workable global civilization? That would be the greatest irony of all.

The Costa Rican pineapple has become more exotic, with the news that a variety is exported whose interior is pink, it has a sweeter taste than the traditional one
Read more
Spiritual

(This week is the 41stinstallment of the book, “The Band Director’s Lessons About Life”, which TCRN is publishing as a series during...
Read more
News

The first meeting between the Government and more than 60 representatives of Civil Society sectors and productive groups concluded this Friday, October 23rd, after six hours of multiple interventions, with scattered speeches, but with the will to continue
Read more
Economy

Costa Rica has legalized the cultivation and processing of Hemp under a recently signed law that attributes supervision to the agriculture and health agencies.
Read more
- Advertisement -

The first meeting between the Government and more than 60 representatives of Civil Society sectors and productive groups concluded this Friday, October 23rd, after six hours of multiple interventions, with scattered speeches, but with the will to continue
Read more

The XXXVI edition of Expotur will be held virtually, from November 16 to 21, using the latest technology to promote personalized approaches...
Read more
- Advertisement -