The British physicist Stephen Hawking, the scientist who explained the universe from a wheelchair and brought the stars to millions of people around the world, has died this morning at his home in Cambridge, at the age of 76.

“We are deeply saddened by the passing of our father today”, say his 3 children, Lucy, Robert and Tim, in a statement published early Wednesday morning. “He was a great scientist and an extraordinary man whose work and legacy will survive for many years. His courage and persistence, along with his brightness and humor truly inspired people all over the world. On one occasion he said: ‘The universe would not be great if it were not the home of the people you love’. We will miss him forever”.

Hawking will go down in history for his work on black holes and for trying to unify the 2 great theories of 20th century physics, that of Relativity and that of Quantum Physics. Also by the popular informative titles of which he was author, among them “Brief history of time: from the Big Bang to the black holes”, published in 1988 and turned into the best-selling science book in history.

At the age of 22, he was diagnosed with amyotrophic lateral sclerosis, ALS. At that time, the doctors gave him only 2 years of life. But he lived 54 years more. The illness left him in a wheelchair and unable to speak without the help of a voice synthesizer. It reduced the control of his body to the flexion of a finger and the movement of the eyes. His overwhelming intellect, his intuition, his strength, and his sense of humor, combined with a destructive disease, made Hawking a symbol of the infinite possibilities of the human mind, and that of his insatiable curiosity.

“Although there was a cloud over my future, I found, to my surprise, that I enjoyed life more in the present than I had ever enjoyed it”, he once said. “My goal is simple; it is a complete knowledge of the universe, why it is the way it is, and why it exists”.

The flag of the Gonville and Caius College of Cambridge flew this Wednesday at half-mast. Students, neighbors and tourists from around the world, in a silent and constant flow, come to sign in the book of condolences arranged in the old college of which he was a fellow for more than 50 years. Professor Hawking’s name is still painted by hand, in white on the black wood of a door frame, in one of the 2 rooms on the ground floor in block K, where he used to receive his students.

Friends and colleagues from the University of Cambridge have paid tribute to him with a video about the scientific and life path of Hawking. A tribute text in the penultimate paragraph, a lecture by the professor on his 75th birthday, summed up: “It has been a glorious moment to be alive and to investigate theoretical physics, our image of the Universe has changed a lot in the last 50 years, and I am happy to have made a small contribution”.

Professor Stephen Toope, vice chancellor of the University of Cambridge, has also paid tribute to him with these words: “Professor Hawking was a unique person who will be remembered with affection and affection not only in Cambridge, but throughout the world. Scientific knowledge and the popularization of science and mathematics have left an indelible legacy. His character was an inspiration for millions”.

With regard to his early life, Stephen William Hawking was born in Oxford on January 8th, 1942. He was the eldest of 4 children of the prestigious biologist Frank Hawking and Isobel Walker, who had arrived in the university-city fleeing the German bombing of London. His childhood would be marked by the bohemian life of a family whose family car was a classic black London cab.

Believe it or not, Stephen was a mediocre student in Saint Albans, London, but his brilliance was recognized by his colleagues who nicknamed him “Einstein” for his ability to understand science. He enrolled in mathematics and physics at Oxford in 1959, studies which he found so easy that, according to him, he calculated he got ahead with only 1,000 hours of study: 1 hour a day.

Only cosmology really captured his interest, since he dealt with the great question about the origin of the universe. He devoted his postgraduate studies at the University of Cambridge, to which he has remained linked until the end. There began to worsen the symptoms he had already detected in Oxford -difficulty at speaking or, for example, when tying shoelaces- and in 1963, a year after graduating, he was diagnosed with the disease.

In 1965 he married Jane Wilde, a philology student. His marriage, from which his 3 children were born and which Hawking defined as a turning point in his life, broke down in 1990. Hawking remarried in 1995 with Elaine Mason, one of his nurses, whose previous husband had created his synthesizer voice. Jane Wilde wrote a book about her life with Hawking in which she described him as an “almighty emperor” who found in his 2nd wife “someone willing to worship him at his feet”.

In the early years of the last decade, after a series of visits to the hospital for mysterious injuries, the press began to publish stories, backed by stories of various nurses, about alleged physical abuse by Elaine to her husband, which he always denied. In 2006 they divorced.

Hawking became famous, along with his colleague Roger Penrose, in the late 1960s. The reason: his theory of the singularity of space-time. The 2 physicists applied the logic of black holes to the entire universe. His most famous scientific discovery was that of the phenomenon known as Hawking radiation, by which black holes release energy until they disappear.

While the work of other prestigious scientists passes in the shade, the disease catapulted Hawking into the category of cult figure for the general public. Also contributing to his enormous popularity was his idea that science would one day discover the Theory of Everything, which he would explore in his book “Brief History of Time”.

From the age of 21, the disease conditioned Hawking’s life. ALS gradually destroyed his body, his motor skills, and his muscles. It initially put him in a wheelchair and then took away his ability to speak. In addition to its brilliance and informative qualities, Hawking became a world star because of the obstinacy with which he seized the world. In 1985, pneumonia worsened his health, forcing him to breathe through a tube. Never again could he use his voice. The physicist managed to communicate thanks to an electronic device, a voice synthesizer, which allowed him to circumvent the silence. The robotic voice of Stephen Hawking became part of his legend.

In January 2014 he presented a controversial article defending that black holes did not exist. At least they did not exist according to how they had understood each other until then. A black hole is a place of great density and energy. The theory was that from one point on, energy – light – could not escape its gravity. Hawking argued instead that he could, that there was no horizon of events, that is, a point of no return, but an apparent horizon. Thus, the black hole would contain the energy for a time before letting it escape.

In an interview with EL PAÍS in 2015, the physicist referred to the extraterrestrial life, one of his latest obsessions. “If the aliens visited us, the result would be very similar to what happened when Columbus landed in America: the Native Americans did not do well, these advanced aliens could become nomads, and try to conquer and colonize all the planets they could. For my mathematical brain, keen on pure numbers, to think of extraterrestrial life is something entirely rational; the real challenge is to discover what those extraterrestrials could be like”.

His life, professionally and personally, was a challenge to the limits. Hawking traveled throughout all continents, including Antarctica. He won prizes, including the Frontiers of Knowledge of the BBVA Foundation in 2016, although the Nobel Prize went to him. 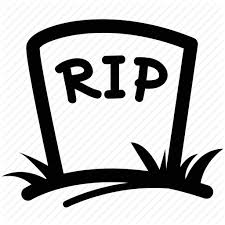 It became a kind of icon of popular culture, as evidenced by the number of movie stars and music that today have expressed their condolences for the death of the respected scientist. Hawking appeared in the series The Big Bang Theory, of which he declared himself a fan, and deserved a character in The Simpsons animated series.

He celebrated his 60th birthday by climbing into a hot air balloon. Few years later, he tested the Zero Gravity aboard a Boeing 727. When asked why he was doing all that, he replied: “I want to show that people should not be limited by physical disabilities, as long as their spirit is not disabled”.

Although Stephen Hawking declared himself be atheist, we all mourn his sensible death. May his soul Rest in Peace…