Pandemic Evidences the Need for the Internet as a “Human Right”, says Tico Minister of Education

324,000 students reported connection problems to receive their virtual classes, according to the institution's records

The Coronavirus Pandemic caused 324,000 students to face difficulties in accessing their free education because they did not have a stable Internet connection in 2020. This, according to the Minister of Education, Gisselle Cruz, should force the country to think about an eventual declaration of the Internet as a “human right”, so that it is managed as a common good and its access can be guaranteed for all people. This was indicated by the Minister in the middle of her second day of interpellation by the deputies in the Legislative Assembly, this past Monday.

“Just as this country advanced with the issue of water, electrification, telephony … we would have to make an effort as a country to be able to generate the Internet as a human right and hence free Internet. That is progress what the country has to do in the coming years, because really the manner in which we have been working seem to be not the necessary ways to obtain the necessary results, not only in education but also in the labor issue, in the quality of people’s lives, which also goes through the possibility and quality of this access to technology”, commented the official.

Cruz thus responded to questions from deputy José María Villalta, from the Broad Front (FA); who assured that, although the MEP counts that school exclusion only reached about 18 thousand students in the midst of the health emergency that cut off in-person classes since last March, the impact of the emergency on all those students should also be taken into account. They did not have the means to access virtual classes regularly or they had to assume high costs to do so in a precarious way.

“Formal bonding is one thing, because let’s say the student maintained some kind of communication with the MEP, perhaps they received the food packages and perhaps they even received the self-taught guides, but because they did not have an Internet connection they were practically excluded from education,” said Cruz.

A follow-up of cases

The Minister of Education pointed out that the MEP followed up on all these cases, 324 thousand children and adolescents who did not achieve effective virtual processes. Along these lines, she commented that remedial plans were used for many of them, through other means of communication and television programs. However, she acknowledged that it was not possible to completely bridge the technology gap.

Costa Rica closed its schools and colleges since March 2020. Now, they will reopen their doors in a dual in-person and distance mode, the proportion of which will be defined according to the conditions of each educational center as of February.

It was also regretted that the State failed in its task of providing free education, given that the digital connection implied new expenses for many households and exceptional emergency measures were not contemplated to mitigate its impact on the poorest households.

“I know that some actions were taken, such as trying to cover with “Connected Homes”, although we already saw that it was insufficient. I also know that these students were given a grade and made an evaluation, but it must be recognized that some of them did not have a single class in 2020. That is, students who do not have Internet at home could not go to school, so what did they do?”

“I believe that there the MEP and the State as such have failed, because they should have been more proactive because we cannot speak of education as a human right if the Internet is still conceived as a commercial service, of interest, as a business ( …) Being connected to virtual classes, in one hour of Microsoft Teams, it consumes an average of 1 GB of data consumption and the cheapest postpaid plan in Kölbi offers 5 GB; that is, it takes five hours”, National Assembly legislators pointed out.

Faced with all this situation, the Minister recognized the weaknesses shown by the Pandemic; However, it was pointed out that all the students were evaluated in a timely manner and that now it will be necessary to apply leveling plans to correct the deficiencies in 2021. And the challenge will be enormous after 11 months in which the students spent most of their time at home and, many of them, without even continuous contact with the educational system. 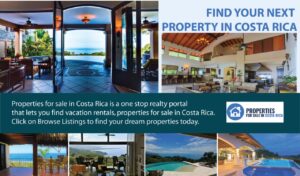 With the intention of accelerating the transition to light-duty electric vehicles for commercial use, a pilot plan will allow...
Environment