The leaders of the division of opposition had lots of questions for the President of The Republic, Luís Guillermo Solís, during their meeting this Thursday at The Presidential House, which lasted roughly two hours.

The controversial themes didn’t take time to be the center of discussion between both powers. This was confirmed after the meeting when the representatives and the minister of the presidency, Sergio Alfaro, appeared in front of the press to inform them of the conversations.

The leader of the faction, Liberación Nacional (PLN), Maureen Clarke criticized Solís for the decision to use executive power to modify a budgetary law that determined the increase in level of spending during 2016 for the entire public sector.

According to Clarke, PLN is willing to estimate how much public spending would be raised because of the flexibility agreed to by the Council of The President, for this year, since last October.

Before the ministry of taxes, Helio Fallas and his vice-ministers, the parliament confirmed that this decision is a bad indication of an executive power that defends the need for more taxes to reduce the lack of income to the central government.

Gerado Vargas Rojas, leader of the faction of the Unidad Social Cristiana (PUSC), focused on questioning Solís and the minister of the president, Sergio Alfaro, about the release of more then 5000 prisoners with the goal of reducing overcrowding in the prison system. According to Antonio Álvarez, president of congress, who also participated in the meeting, the president told the legislators that he will talk with the minister of justice to look for different steps in the liberation of the prisoners.

The concerns of the representatives persisted because several of the delinquents released by the government had committed acts of violence against the population, such as the case of a man who violated a woman last week, she had given birth to a son the week before.

However, one strategy that the leaders all agreed on was the address that the president directed yesterday to the 81 mayors.

Solís said to the municipal leaders that if they didn’t pass his fiscal plan, the next government would face a fiscal deficit of 10.5% internal GDP, a scenario in which Solís believes the country would experience violence, similar to what has occurred in countries like Spain, and Greece, the product of a bad financial situation. Today the deficit is at 6% of the GDP.

“We made a formal cautionary call. We believe that everyone should practice caution in the middle of this fiscal debate, especially when the alliance of the opposition is grateful for the work of the presidential administration and tax authorities, which will reach an agreement in the coming days.” said social christian Vargas, whose word’s were seconded by the president of the legislative assembly.

For press inquiries, Sergio Alfaro said that Solís didn’t want to scare anyone, however this is the third time he spoke up to warn about the bad consequences the country will face if the tax burden is not increased. “It is the duty of the president to look forward into the future and tell the country what they might face under these conditions,” defended Alfaro.

According to Antonio Alvarez, the meeting between the Parliament on Presidential Palace on Thursday was informative, but there were no agreements or decisions on how and how soon the legislative agenda of fiscal nature that drives the opposition and controls the legislature will proceed.

The group hopes to continue the implementation of six bills to reduce spending on pensions, improve the use of public resources and combat tax evasion.

In a second part of the plan, the opposition will evaluate the implemented legislative fast track to reduce spending on wages in the central government,  although there is still no agreement on plans, the law would serve this purpose.

Having overcome these stages, the opposition would come to analyze the bills that the executive branch aims to use to increase tax revenues by 600,000 million colones per year, with increases and changes to sales taxes and income. 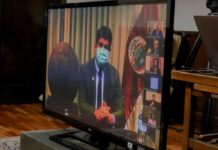 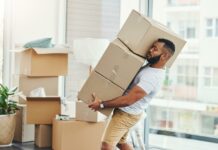 Moving Mistakes: How to Avoid when trying a DIY move 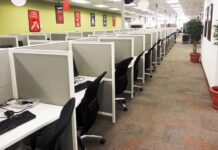