The Gran Hotel Costa Rica began writing a new chapter in its history when it reopened its doors on July 10th, after being subjected to a remodeling process that took 2 years.

The current proposal wants to merge the heritage of a place founded in 1930, and declared a Historic Architectural Heritage of Costa Rica in 2004, with modern design. The result was a 5-star hotel right in downtown San José.

Those in charge of this hotel complex have not been the only ones who understood that historical value is not enough to continue generating profits. The Presidente Hotel and the Balmoral Hotel also bet on reinvention.

Other hotels did not suffer the same fate, such as Hotel Europa (1911), which closed its doors in 2014 due to high operating costs.

But what have those who refuse to be sunk into oblivion done with regard to the new times?

The idea of remodeling the Gran Hotel Costa Rica originated since Elite Hotels & Resort bought the building in June 2013. By then the former owner had made some necessary improvements such as installing electrical panels or placing a new elevator.

Now, after 2 years of work, the hotel went from 108 to 76 rooms, each with new facilities in the bathrooms, complimentary wi-fi, 49-inch television, and ergonomic work area. While guests who opt for a suite have 24-hour butler service and access to the hotel’s executive floor, which offers free breakfast, snacks, and nightly liquors.

In this new stage, the hotel incorporates a restaurant with international and Costa Rican food that offers panoramic views of San José from the 5th floor of the hotel. They also added a 24-hour business center, gym, and access to a hall for events of 75 square meters.

Gran Hotel Costa Rica now operates with the brand Curio Collection by Hilton, which is a worldwide collection of more than 50 high-level hotels, which are recognized as having a particular value that may be historical, architectural, cultural, or similar one. 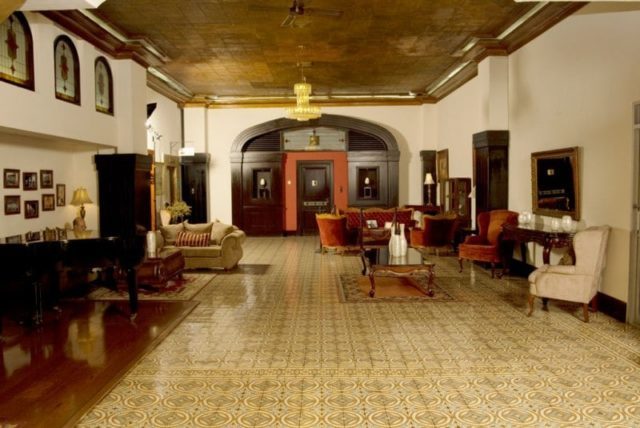 “Costa Rica is still a first-class destination. We recognize the demand for unique accommodations in key markets of the region, and our 1st hotel in the country allows us to provide this to the growing number of travelers seeking superior and unexpected experiences while visiting the capital”, said Mark Nogal, global director of the hotel chain. However, this company did not provide the amount invested in the renovation.

For its part, the Hotel Presidente (1963) invested US$ 3 million in remodeling its reception and lobby, opened Bar Azotea Calle 7, installed new mechanical and fire control systems, made the mural on the facade of Central Avenue, among others.

It also expects to complete the integration of the rooms (with 80 rooms) to the new aesthetic concept of the hotel, to develop new services, both for the traveler, as for those who live, work, study, or transit through the city.

Daniel Mikowski, the owner of Hotel Presidente, mentioned that they manage to stay current in the market because they continually listen and study the tastes and preferences of travelers seeking hotels of their type.

“We are an independent hotel, with its own unique history, with an excellent location in downtown San José. We adapt our services as the needs of our client’s change”, added Mikowski. This hotel complex reports an average occupation of 75%.

Another hotel that underwent improvements since 2005 is the Balmoral (1955). Among the changes are the soundproofing of the 7th Street and Avenida Central windows, the 113 rooms were renovated, 2 new room categories were made -which are intended to be small apartments, and they are changing the carpets in the corridors.

“Although it is 63 years old it does not look like that, but the modern style is mixed with the old style. All the rooms keep their furniture from the beginning of the hotel, but also with modern things”, said Yuliana Zúñiga, head of hotel reservations.

Their stay in the market is also due, according to the representative, to the various facilities and services they offer such as breakfast included, Internet access, discounts in the shopping arcade, free calls to the United States, live music Tuesday thru Friday in the bar, restaurant service, among others.