The world is dealing with a major problem of pollution and global warming. People are encouraged to adopt environmentally...
Read more

In the midst of the solemnity that characterized the deputies in their attire on this past May 1st -...
Read more

The oldest wild Egyptian vulture known to date is 30 years old and lives in the Pyrenees. It is...
Read more
TCRN STAFFhttps://www.TheCostaRicaNews.com
Creating a Conscious alternative news network that we feel the world needs. Pura Vida! 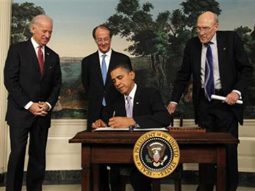 The official confirmed a report in The Washington Post that a Republican and two Democrats had emerged as leading candidates to be among Obama’s six appointments to the panel.

The newspaper said that Republican David Cote of Honeywell and Democrats Andrew Stern, president of the 2.2 million-member Service Employees International Union, and Alice Rivlin, the former Fed vice president who was also budget director under former President Bill Clinton, could be named within days.

The panel will have 18 members, 12 to be appointed by Democratic and Republican leaders in Congress, and six by Obama. The White House said no more than four of Obama’s choices will be from the same political party.

The commission is seen as being unlikely to be able to sway the bitterly divided Congress to take any politically unpopular steps necessary to stem the tide of red ink.

The White House forecast a $1.6 trillion budget deficit this year, or about 10.6 percent of gross domestic product.

The world is dealing with a major problem of pollution and global warming. People are encouraged to adopt environmentally...
Read more
Awareness

The daytime health vehicle circulation restriction by license plate number during the week returns to 45 cantons in the Central Region.
Read more

Another Fissure in the Pacaya Volcano Alerts Guatemalan Communities

A new fissure in the Guatemalan volcano of Pacaya today once again put residents of nearby communities and authorities of the National Coordinator for Disaster Reduction on alert.
Read more

From time immemorial, man has sought to transcend the limitations of his body and his senses
Read more

Costa Rican President Carlos Alvarado said that solutions based on nature and the oceans are key to addressing current crises.
Read more
- Advertisement -