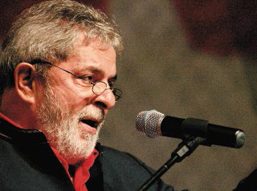 The President of Brazil, Luiz Inácio Lula da Silva, began on Monday a tour of Mexico, Cuba, Haiti and El Salvador focused on expanding investment, solidarity with Haiti’s reconstruction and the search for formulas for a rapprochement of Honduras to the region.

Lula’s tour will begin in Mexico, where he will participate in the Summit of Latin America and the Caribbean (CALC) and the twenty-first meeting of the Rio Group summit, with a varied agenda which even includes the discussion of merging these two forums dialog.

“The launch of a new mechanism of dialogue, bringing together all the states of Latin America and the Caribbean and to incorporate the agendas of the Rio Group and the CALC, is one of the main objectives of the Dome of the unit,” said Brazilian presidential spokesman said Friday.

With an elected government after the coup against Manuel Zelaya in June last year, Honduras is still suspended from the Organization of American States (OAS), although increasing the voices for this situation is resolved in the short term.

Lula does not want to endure a situation of breakdown of dialogue with the Honduran government. Remains concerned with the question of the precedent of institutional breakdown, but considers it important to return Honduras to the OAS,” said his spokesman, Marcelo Baumbach.

After participating in these meetings, Lula will still hold a bilateral meeting with Mexican President Felipe Calderón, who will test with an agenda focusing specifically on bilateral investment and the Honduran situation.

On Wednesday, the Brazilian president starts visit to Cuba, the fourth since he took office in January 2003. Lula’s agenda includes a “gathering of friends” with Fidel Castro and a series of meetings with Cuban President Raúl Castro.

In Cuba, Lula’s agenda is essentially economic. Brazil and Cuba approved loans worth about $ 950 million 350 million for the purchase of food and 600 million for investments in agriculture and infrastructure, including the modernization of the port of Mariel, near Havana.

The Brazilian government has outlined a plan for the country “has a total exposure in Cuba in terms of loans up to $ 1,200 million in 2012,” according to the same source.

Either way, Baumbach said, this fourth trip to Cuba Lula “closes a cycle of views” of the agent on the Caribbean island, suggesting that it would not make another trip which diminishes as president (will review the post to his successor in next January).

From Havana, Lula will travel to Port au Prince, the Haitian capital devastated by an earthquake in January. Brazil is responsible for the military part of the UN Mission for Stabilization in Haiti (MINUSTAH) and maintains a contingent of 1,200 men in that country.

In Port au Prince, Lula will fly over the areas most affected by the earthquake and then hold a meeting with President of Haiti, René Préval, and Prime Minister Jean-Max Bellerive.

The last leg of the tour of the Brazilian president will be the Salvadoran capital, where he will have several meetings with President Mauricio Funes, to discuss the credit for modernizing the public transport fleet and, once again, the issue of Honduras.