The reduction in human activity due to the COVID-19 Pandemic and other factors such as the pressure of urban...
Read more

A 27-year-old patient in a delicate condition due to COVID-19 had to be airlifted from Liberia to the Calderón...
Read more
TCRN STAFFhttps://www.TheCostaRicaNews.com
Creating a Conscious alternative news network that we feel the world needs. Pura Vida! 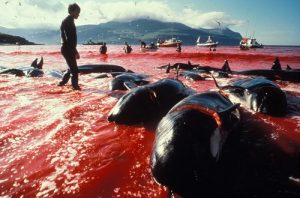 Eleven Latin American countries, advocates of a total ban on whaling, meet on Tuesday in Costa Rica to define its position at the next conference of the International Whaling Commission (IWC).

The IWC is held in June in Agadir, Morocco, it’s the 62nd annual conference as part of a bitter dispute between the Japanese, ardent defenders of “scientific” whaling, and Australians and Latin Americans who want to ban it altogether.

“Our country has a strong conservation position against whaling, which is noted by the hosting this meeting,” said Costa Rica Scientific commissioner to the IWC, Javier Rodriguez.

The three-day event, which will consist of the 11 Latin American countries of the IWC conservation that make up the so-called Group of Buenos Aires, will be opened by the Deputy Minister of Environment of Costa Rica, Ana Lorena Guevara, and assisted by the chairman of the CBI, the Chilean Cristián Maquieira.

On Monday in San Jose there was a parallel meeting of Latin American environmental groups to define a joint position on this subject that has caused much friction among the 88 countries of the IWC.

On the 22nd of April the Commission issued a proposal that Tokyo would have to reduce by three quarters the number of whales they catch, but the initiative is not without controversy, as it involves concessions to Japan and other countries supporting the hunting of animals.

However, Maquieira believes that this project involves an improvement, as maintaining the status quo “is not feasible.”

The reduction in human activity due to the COVID-19 Pandemic and other factors such as the pressure of urban...
Read more
Health

The reduction in human activity due to the COVID-19 Pandemic and other factors such as the pressure of urban development and deforestation have caused...
Read more

What To Do If You Did Not Renovate Your Driver’s License On Time?

A group of tourists was surprised two days ago when they observed several killer whales hunting in the Pacific waters of Costa Rica. The...
Read more
- Advertisement -