Japan officially resumed commercial whaling on Monday, after deciding to leave the International Whaling Commission (IWC) 6 months ago and settle the moratorium that applied for 3 decades.

“We believe that whales are marine resources such as fish and that they can be used according to scientific criteria”, an official of the Ministry of Agriculture, Forestry, and Fisheries told AFP. “We determine quotas in order not to harm the species”, he said.

The factory ship Nisshin Maru, the flagship of the Japanese whaling fleet, and several other ships will leave the port of Shimonoseki (southwest), chaired by a huge statue of a whale, to go hunting for cetaceans off the Japanese coast in the area of economic exclusivity of the archipelago. Another fleet will depart from Kushiro (northern island of Hokkaido). “We are excited about the resumption of fishing”, said Yoshifumi Kai, president of a fishermen’s association.

Whale meat in the school canteen

Whalers will not fish at sea, as they did in the last 30 years “for scientific reasons”. Japan began its “research missions” in Antarctica and the Northeast Pacific 32 and 25 years ago respectively, renouncing purely commercial fishing, but using a “scientific exception”, tolerated by the IWC.

During those 3 decades, the archipelago was the object of harsh criticism from environmentalists for its ways of proceeding, deemed cruel, while there are non-lethal methods to carry out scientific experiments, according to its detractors.

In addition, although the whales were used for scientific purposes, part of their meat ended up in fishmongers, although this one is not hugely popular. However, some people want to preserve a tradition still anchored in a part of the population, especially the elderly, who remember that the whale was their only important source of proteins in the postwar period.

In addition, for some cities, whaling represents a raison d’être, if not economic, at least cultural and moral. It is the case of Shimonoseki. Here, from the month of February, whales are served from time to time in the school canteens, in order to initiate the children in this culinary tradition of the region and resuscitate the habit of consumption.

Beyond condemning the practice, Patrick Ramage, director of the marine conservation program of the International Fund for Animal Welfare (IFAW), sees in the resumption of commercial hunting and in the interruption of scientific fishing in Antarctica a sort of last battle for the Japanese country. 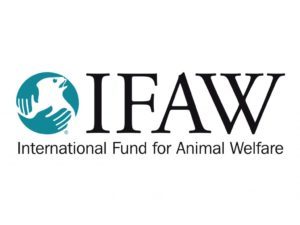 “I have thought a lot about it for many years. It was a fantasy and now the fantasy comes true; Japan is abandoning the whaling at sea, it is not a complete break yet, but it is a huge step towards the end”, he explained in a recent conference.

“This industry [of whaling] will sink quickly”, he predicted and considered that it is maintained thanks to subsidies, for a population that will end up disappearing.

“We were given [whale meat] in the school canteen when I was a little girl, but I do not think I am going to eat it again. I think Japan should make its decisions taking into account the rest of the world, which says that is not right”, said a 30-year-old Japanese woman, who requested anonymity, in Tokyo.

Some Japanese specialists believe that the withdrawal of the Asian country from the IWC was a mistake. “Japan must return [to the IWC] and defend the principle of sustainable resource management”, defended Masayuki Komatsu, who in the past was a negotiator at the international level.

And while whaling in Japan is resumed, Iceland will stop carrying it out for the first time since 2002, as its 2 specialized companies decided to give up the activity during the 2019 season.

Fortunately, Antarctica is Increasing its Ice Level Faster than it is Losing