Is Your Rx Harming You?

Is Your Rx Harming You?
What You Should Know About Statin Drugs …


TIP: Get our latest content by joining our newsletter. Don't miss out on news that matter in Costa Rica. Click here.

Cholesterol-lowering drugs known as statins are among the most commonly prescribed drugs in the United States. Generally, if your total cholesterol level is 240 milligrams per deciliter (mg/dL) or higher, or your LDL (bad) cholesterol is 130 mg/dL or higher, you may be considered a candidate for statin drugs.

Statins work by interfering with an enzyme that your body needs to make cholesterol. Along with lowering cholesterol, the drugs — which include Lipitor, Zocor, Mevacor, Pravachol, Crestor and others — may also help your body reabsorb cholesterol that has accumulated on your artery walls, helping to prevent further blockage.

To get an idea of just how many people may be taking these drugs, the American Heart Association reports that 37.2 million Americans have total cholesterol levels of 240 or higher, while about one-third of adults have LDL levels of 130 or higher.

Further, the U.S. Food and Drug Administration (FDA) recently approved the use of Crestor in people with normal cholesterol levels and no heart disease. The reason? They say it may help prevent heart attacks and strokes.

If this sounds too good to be true … simply pop a pill, even if you’re currently healthy, and reduce your risk of a future heart attack … it very well may be. You see, statin drugs are not without risks themselves, and even though millions of Americans are eating them like candy, their safety — and effectiveness — is currently being hotly debated.

What are the Risks of Statin Drugs?

In one of the most revealing looks into the true side effects of statin drugs, a review published in the American Journal of Cardiovascular Drugs found nearly 900 studies of adverse effects linked to the drugs.

“Muscle problems are the best known of statin drugs’ adverse side effects,” Beatrice Golomb, MD, PhD, associate professor of medicine at the University of California, San Diego School of Medicine and co-author of the study, told EurekAlert. “But cognitive problems and peripheral neuropathy, or pain or numbness in the extremities like fingers and toes, are also widely reported.”

Other side effects included increases in blood glucose levels, tendon problems and increase in liver enzymes, leading to permanent liver damage. Because of this latter risk, people taking the drugs must have their liver function tested periodically.

Statin drugs are also known to block the production of important nutrients in your body, including CoQ10, which is beneficial to heart health and muscle function. If CoQ10 levels become depleted, it can actually cause heart failure. CoQ10 is so important to your body’s daily functions that it’s been the subject of close to 5,000 research studies, which have found CoQ10 to play a role of preventing and/or treating heart-related conditions (including heart attacks, high blood pressure, coronary artery disease, atherosclerosis, congestive heart failure, angina and more). 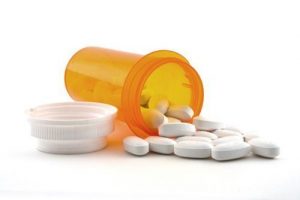 If you take statin drugs, ask your physician about supplementing with a high-quality CoQ10 (ubiquinone) or its reduced form, ubiquinol. Your body uses two forms of CoQ10; ubiquinone is the better known form, also known as the oxidized form, used primarily for energy production in the electron transport energy cycle inside your cells.

Ubiquinol, as found in Designs for Health’s CoQnol is the antioxidant form of CoQ10 and plays a primary role in decreasing oxidative damage caused by lipid peroxidation within mitochondria.

There is evidence that suggests the ability to convert ubiquinone to ubiquinol may diminish with age, resulting in diminshed protection against oxidative stress and reduced energy levels, which is why ubiquinol is often the preferre form of CoQ10 supplementation, especially if you’re older.

Further, statin drugs even have a link to cancer. According to the Weston A. Price Foundation:

“In every study with rodents to date, statins have caused cancer. Why have we not seen such a dramatic correlation in human studies? Because cancer takes a long time to develop and most of the statin trials do not go on longer than two or three years. Still, in one trial, the CARE trial, breast cancer rates of those taking a statin went up 1500 percent.

Manufacturers of statin drugs have recognized the fact that statins depress the immune system, an effect that can lead to cancer and infectious disease … “

How Effective are They?

Given all the risks, you would expect the benefit of taking statin drugs to be substantial, right? Well, statin drugs do lower cholesterol very well.

However, there is growing evidence that lowering your cholesterol may not be the panacea to preventing heart disease that many people think it is.

“Nowhere is the failure of our medical system more evident than in the wholesale acceptance of cholesterol reduction as a way to prevent disease,” write Sally Fallon and Mary Enig, PhD in “Dangers of Statin Drugs: What You Haven’t Been Told About Popular Cholesterol-Lowering Medicines.” They continue:

“Most doctors are convinced — and seek to convince their patients — that the benefits of statin drugs far outweigh the side effects. They can cite a number of studies in which statin use has lowered the number of coronary deaths compared to controls. But as Dr. Ravnskov has pointed out in his book The Cholesterol Myths, the results of the major studies up to the year 2000 … generally showed only small differences and these differences were often statistically insignificant and independent of the amount of cholesterol lowering achieved.

An analysis of all the big controlled trials reported before 2000 found that long-term use of statins for primary prevention of heart disease produced a 1 percent greater risk of death over 10 years compared to a placebo.”

Recent studies, have found no benefit among the vast majority of patients from drugs like Lipitor and Zetia, regardless of how much cholesterol levels decline.

National and international events such as inflation, world geopolitical instability, and container crisis cause adverse effects on the country's...
TCRN