The Costa Rican pineapple has become more exotic, with the news that a variety is exported whose interior is pink, it has a sweeter taste than the traditional one
Read more

(This week is the 41stinstallment of the book, “The Band Director’s Lessons About Life”, which TCRN is...
Read more
TCRN STAFFhttps://www.TheCostaRicaNews.com
Creating a Conscious alternative news network that we feel the world needs. Pura Vida! 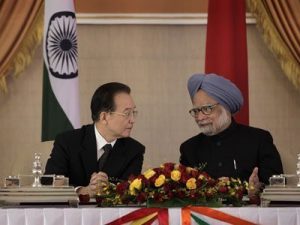 China and India face the common task of advancing reform and promoting the comprehensive, balanced and sustainable development of each country, according to Agreed Minutes of the First China-India Strategic Economic Dialogue. They concur that the formulation and effective implementation of their mid and long-term development plans are of great significance in sustaining rapid and stable economic and social development in the long run. Beijing and New Delhi have pledged to learn from each other and conduct mutually beneficial cooperation in formulating and carrying out their respective mid and long-term development plans. BEIJING (IDN) – Chinese Premier Wen Jiabao and his Indian counterpart Manmohan Singh agreed to establish a regular bilateral strategic economic dialogue mechanism during Wen’s visit to India in December 2010, and the first one-day meeting of the China-India Strategic Economic Dialogue was held in Beijing on September 26, 2011.

While the event was largely reported in the Indian press quoting the Chinese news agency Xinhua, it featured in prime time on the Chinese State-run TV channel with the comment of the Chinese Premier Wen Jiabao, that the dialogue had achieved “positive results”. Wen also said, “We discussed our economic situations, macroeconomic policies, and policies and cooperation in areas such as investment, infrastructure construction, high technology, energy conservation and environmental protection.”

He also expressed the hope that “the two countries will continue to make efforts to give the dialogue a greater role in promoting mutual trust, bilateral relations and cooperation, and to expand our strategic partnership of cooperation.” Wen further said that China and India are good neighbours and as two of the world’s largest developing countries face many common opportunities and challenges.

Maintaining sound and stable development of bilateral relations is of great importance to the two countries, the region and the world as a whole, he added. He further noted that the two countries should enhance communication and coordination at all levels and in all areas, expand cooperation, take each other’s concerns into consideration and steadily pursue a means of reciprocity and common development.

The Chinese Premier also spoke of India’s capabilities in IT and pharmaceuticals and talked about creating an investor-friendly environment. Railway officials from both sides continued their talks for a second day to understand each other’s systems. Vinay Mittal, the Chairman of the Railway Board, later told reporters that high-speed trains were feasible and necessary for India, especially for freight corridors, and that the discussions centred on China’s massive expansion in this area. Besides railways, two separate working groups held talks on water and energy issues.

Montek Singh Ahluwalia, Deputy Chairman of the Planning Commission, who led the Indian delegation, said the strategic dialogue reflects enhanced economic engagement between the two countries. “As we try to take our relationship to a new level, a further opening of markets and improvement of investment climate are challenges that we need to address together.” He said the growing India-China relationship is an important element of changes that are taking place in the global order, “as emerging economies, we are making our viewpoint increasingly felt on important global issues.”

Zhang Ping, head of the National Development and Reform Commission, the country’s top economic planner, who led the Chinese delegation, said that China and India face similar problems as both countries undergo rapid industrialization and urbanization, and the dialogue, which is partly aimed at boosting mutual trust, will enhance cooperation in various fields and help the two countries find solutions to common problems.
Beyond India and China

This will help promote the long-term economic development of the two economies that will not only benefit the two countries but also help improve the power and confidence of all developing countries, as the healthy development of the Chinese and Indian economies will exert a positive influence on the growth and recovery of not only Asia, but also the rest of the world.

“The dialogue will help Indian enterprises find more business opportunities in China,” said Liu Xiaoxue, a researcher with the Institute of Asia-Pacific Studies at the Chinese Academy of Social Sciences, as bilateral trade has risen rapidly. In 2010 it stood at $61.76 billion, up 42.4 per cent year-on-year, with exports to India growing 31.3 per cent and imports increasing 51.8 per cent. In the first eight months of this year, trade amounted to $48.16 billion, up 19.4 per cent compared to the same period last year.

Rong Ying, of the China Institute of International Studies, argued that as both countries face similar problems with respect to energy security and reliance on labour intensive exports, despite complaints of both sides related to market access, the significance of the dialogue is much broader as it touches on macro concerns and opportunities on how to deal with long term issues. Border demarcation and geopolitical issues in the South China Sea are complicated and the differences have to be managed rather than let them determine the future relationship.

The Reserve Bank India recently granted a license to The Industrial and Commercial Bank of China, the world’s largest bank by market cap, profits and assets, and it will invest about half a billion US dollars as initial capital, opening the way for sourcing the bulk of India’s $100-billion worth power sector equipment from China. With the Reserve Bank allowing up to one billion yuan to be taken as direct commercial borrowing, capital account FDI (foreign direct investments) inflow for infrastructure fits with the widening trade deficit. Indian exporters also have significant opportunities with China shifting to a consumer drive economy, and we can also benefit from tourism. 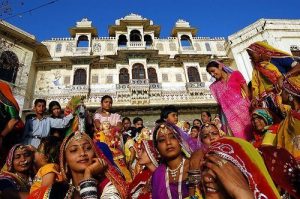 The dialogue must be seen in a broader perspective. Kishore Mahbubani, Dean of the School of Public Policy, Singapore, also speaking on China TV, commented that “development is a marathon” and India may well come out in front.

Similarly, the complaints related to market access that both India and China have are dwarfed by the spats between the US and the EU in the WTO, for example over subsidies to aircraft manufacturers, and worries about what the ascendancy of emerging markets would mean for jobs, pay and borrowing costs.
IDN Tokyo correspondent Taro Ichikawa quoted Agreed Minutes of the meeting saying: “China and India face the common task of advancing reform and promoting the comprehensive, balanced and sustainable development of each country.

The two sides agreed to stay committed to deepening bilateral investment cooperation, further opening markets, and improving the investment environment in China and India so as to lay a solid foundation for pragmatic cooperation between the businesses of the two countries on the basis of complementarities, mutual benefit and win-win outcomes.

The two sides also agreed to strengthen cooperation on energy efficiency and conservation as well as on environmental protection and actively develop cooperation in energy matters including in the renewable energy sector in order to promote sustainable development. Enhanced exchanges in these spheres would be the new engine for greater cooperation between the two sides.

According to the agreed minutes, “the two sides discussed the current status of infrastructure development in the two countries as well as prospects of cooperation. They agreed to enhance cooperation in these sectors, particularly in the railway sector on the basis of mutual complementarities and benefit.”

*Mukul Sanwal is Visiting Professor at the University of International Business and Economics, Beijing. A version of this article was first carried by the Institute for Defence Studies and Analyses in New Delhi on October 15, 2011. [IDN-InDepthNews – October 15, 2011]
2011 IDN-InDepthNews | Analysis That Matters

The Costa Rican pineapple has become more exotic, with the news that a variety is exported whose interior is pink, it has a sweeter taste than the traditional one
Read more
Spiritual

(This week is the 41stinstallment of the book, “The Band Director’s Lessons About Life”, which TCRN is publishing as a series during...
Read more
News

The first meeting between the Government and more than 60 representatives of Civil Society sectors and productive groups concluded this Friday, October 23rd, after six hours of multiple interventions, with scattered speeches, but with the will to continue
Read more
Economy

Costa Rica has legalized the cultivation and processing of Hemp under a recently signed law that attributes supervision to the agriculture and health agencies.
Read more
- Advertisement -

The first meeting between the Government and more than 60 representatives of Civil Society sectors and productive groups concluded this Friday, October 23rd, after six hours of multiple interventions, with scattered speeches, but with the will to continue
Read more

The XXXVI edition of Expotur will be held virtually, from November 16 to 21, using the latest technology to promote personalized approaches...
Read more
- Advertisement -