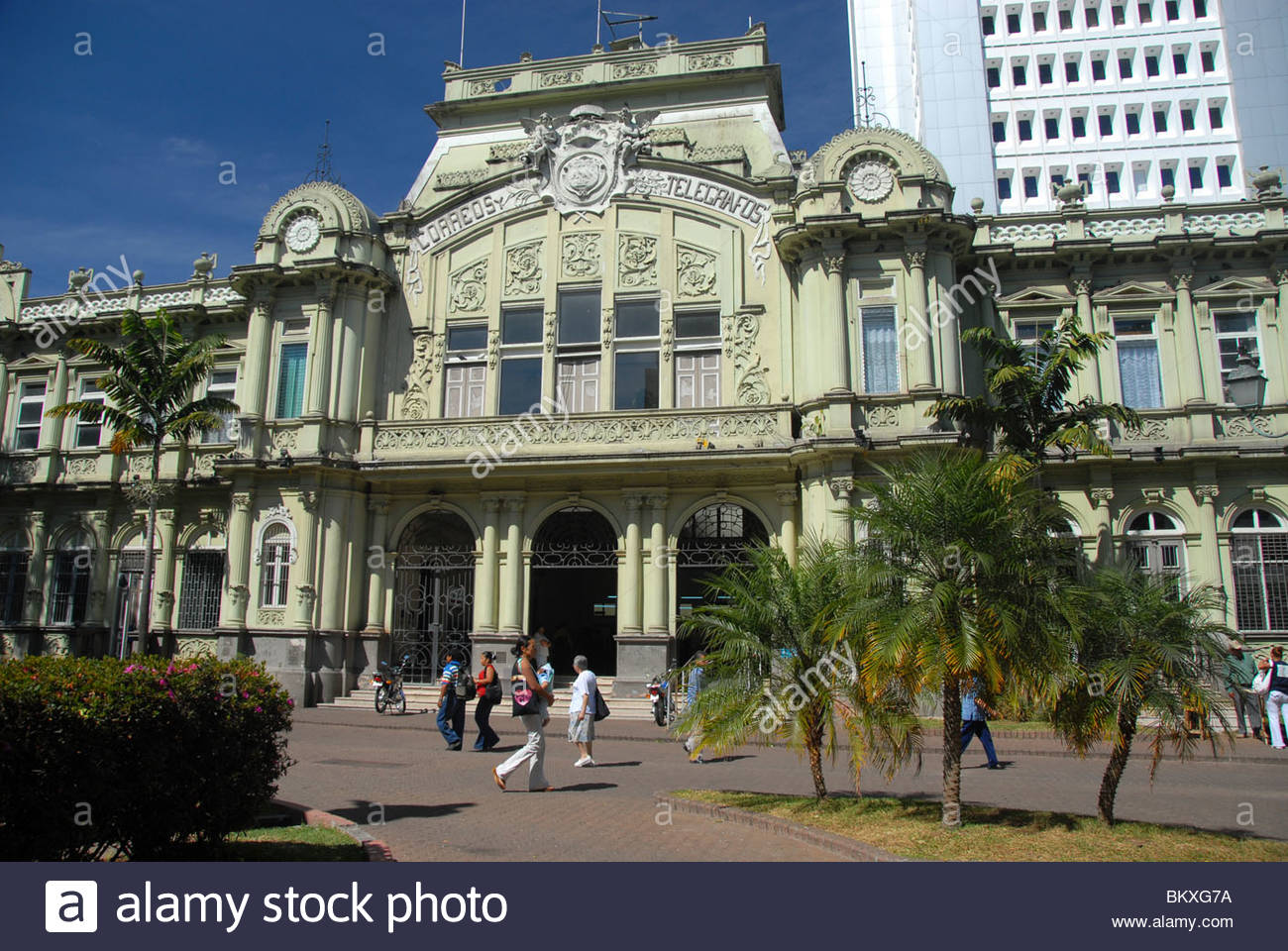 The building is currently the headquarters of the “Correos de Costa Rica” company (national postal service) and the home of the Costa Rican Postal, Telegraph and Philatelic Museum. In 2017, in honor of the 100 years of the Post and Telegraph Building, Costa Rica Post Office launched a souvenir sheet (commemorative stamp) that shows not only the building and some expanded details of it, but also a line drawing of the original plan of this characteristic work of the city of San José, Costa Rica.

The building is called the Central Post and Telegraph Building of Costa Rica; originally it was designed to house the main offices of postal and telegraphic services of the nation, during the early twentieth century. Construction begins in 1914 and the official opening of the building takes place on October 1917.

Its architectural style has been described as eclectic, Latin American reality, with its particular natural and cultural conditions, generating new forms that are only possible here, on this side of the ocean, despite being many of them multiple assimilations of European elements. This is precisely the great virtue, the “ability to freely dispose of the most diverse aesthetic elements of dissimilar origin, without prejudices and without preconceived historicist stylistic schemes, to functionalize them and incorporate them into new expressive systems. For others, it is the architecture of the end of the Belle Époque. 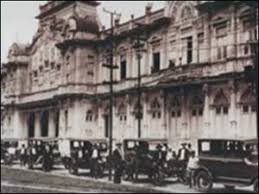 The construction was under the management of President Alfredo González Flores. The company responsible for the work was English Construction Co. Ltd. The construction of the building was completed in October 1917, and then its offices were opened, while Costa Rica was mired in a dictatorship, as Minister of War Federico Tinoco Granados had executed a coup d’etat, during the month of April 1917, against the elected president Alfredo González Flores.

This architectural work was conceived by the architect of Catalan origin Luis Llach Langostera in a style also considered as French-Renaissance. The building for a long time showed a green color both on its facade, as in its characteristic Corinthian pilasters attached to the wall. Currently, after some interventions to maintain the best state of the furniture, it shows a cream color with details finished in brown. The central arch is adorned by cherubs that guard the five-star Costa Rica national shield, while the god Mercury, god of communication is also represented on its sides.

The magazine “The Cultural Excelsior”, determines the following about the temperament of Luis Llach’s architectural proposal: “Finally, it remains to be noted that in characters like Luis Llach Langostera, he was part of the construction, literally speaking, of a certain perspective of the “American”; In his works we find today the distinctive features of “originality”, which makes us familiar and distinguishes us. To the traces indicated by this architecture and the bridges laid by those makers, we must return a more judicious and unsuspecting look.”

On October 14, 1980, the building was recognized as the historical architectural heritage of Costa Rica, by the Ministry of Culture of the Republic. Other works of art that form the complex with the building include the bronze statue of President Juan Rafael Mora Porras that stands in front of the place since 1926 and in the lobby of it a sculpture of the Costa Rican-Mexican sculptor Francisco Zúñiga, called the sitting Yalalteca. In its outskirts, other heritage buildings such as the Heroic Building and the former Esperilla and Company Hardware Store can be seen in the Luis Oye Building, now owned by the Bank of Costa Rica, BCR. Postal, Telegraph and Philatelic Museum.

The Postal, Telegraph and Philatelic Museum of Costa Rica is located on the first floor of the Central Post and Telegraph Building. Its creation was on December 26, 1986, through Law 7018, Art. 48. This Law emphasizes that the Philatelic and Numismatic Museum of Costa Rica is responsible for guarding and protecting the international collections of postal stamps that the country receives from its counterparts in the international postal organizations of both the Universal Postal Union (UPU), an attached office of the UN to organize the postal services of member countries; as of the Postal Union of America, Spain and Portugal (UPAEP). “Art. 48 – All postal stamps sent to the Postal Administration of Costa Rica (…) will be displayed in a museum that the Administrative Board (…) must establish and keep open to the public. (… ) The museum will have the following denomination: Philatelic and Numismatic Museum of Costa Rica. “Law in 7018. Today it is called the Philatelic Museum, to avoid confusion with the current Museum of Numismatics (Costa Rica), specialized in Costa Rican numismatics. In the Central Post and Telegraph Building.

There is a plaque commemorating its inauguration. The Board of Directors of the then National Communications Directorate (Court) published in the press media of the month of March 1986, an invitation to the inauguration on March 10, 1986, with a joint presentation of the diplomatic representation of Liechtenstein in Costa Rica. For 30 years the Museum was located on the second floor of the north wing of the Central Post Office Building, in a section that was occupied by the Ministry of Finance during the 1940s and even during the second half of the 20th century.

Within the Costa Rican literary anecdotes, it is considered true that the Costa Rican writer Yolanda Oréamelo worked in these offices of the then Secretary of the Treasury, specifically for the Directorate of Direct Taxation, because she was a graduate in accounting from the “Colegio Superior de Señoritas” (Girl Academy).

Between 2016 and October 2017, the Philatelic Museum was remodeled within the framework of its first 30 years, and the First Centenary of the Central Post and Telegraph Building, due to compliance with Law 7600 on Equal Opportunities for Persons with Disabilities, was placed on the first floor of the Central Post and Telegraph Building. It has a room that recreates the space of a telegraph office and four more rooms that display stamps from both Costa Rica and other countries in the world. The Philatelic Museum is located in the north wing, right in the space that since 1917 and even during the second half of the 20th century was occupied by telegraph workers. 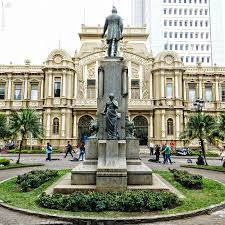 Photographs can be seen at the bottom of the Museum that shows the appearance that the museum sector had at the beginning of the 20th century. In addition to exhibiting stamps from more than 200 countries, the Philatelic Museum has collections of Philately, Marcofilia, and Costa Rican Philatelic Bulletins. The collection of Philately of Costa Rica has several postal species in its production that annually commemorates characters, institutions and historical sites that it puts on sale in the Philatelic Office that is also responsible for selling tickets to the Philatelic Museum.

The Philatelic Office is the site par excellence to acquire philatelic memories of Costa Rica, stamps and souvenir sheets illustrated with nature, architecture, and key figures in the development of national identity available to nationals and foreigners. Philately aims at cultural diffusion and among the philatelic species produced by the postal administration of Costa Rica and put up for sale by the public are defined and illustrated with examples for Costa Rica. Postal stamps: Each of the stamps that can be used with their face value to send letters and packages inside and outside the country. Souvenir sheets: Sheet with one or several perforated or imperforated seals with illustrations around. Pre-ported envelopes: It is an envelope that already has printed the stamp, so it can be used to send a letter without adding stamps on it. Aerograms: Sheet of paper designed to be folded and assembled as a letter with a printed stamp that circulates as an airmail letter. Charitable Surcharges: Charge or fee that is added to the value of the postal stamp, destined to charities. Postcard: It is a typical illustrated card that already has the stamp printed. 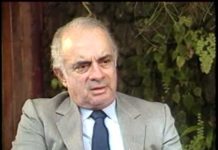 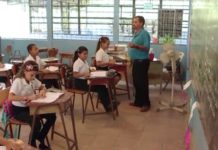 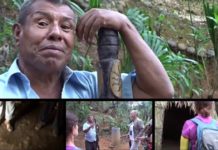 The “Huetares”, A Native Ethnic Group Inhabiting What Is Now The Costa Rican Territory Since Ancient Times