Nicoya, Costa Rica, is a true tourist treasure in the country that encounters travelers heading to nearby beach destinations. Whether by chance or intentionally, travelers exploring this region will learn history and culture along the way.

This city was initially populated by native tribes, mainly the Chorotega Indians. One of the main leaders of the original Chorotega tribe gave the city its name and contributed to the framework of its modern culture. The first Nicoya district is the most populous of the homonymous canton in the province of Guanacaste, Costa Rica.

Nicoya proper, is the second-largest district of the canton (after San Antonio) and is where the highest population concentration is located and one of the largest in all the province: it has 26,000 inhabitants and has an area of 311.08 km², for which has an estimated density of 80 inhabitants / km² (2011). The homonymous capital city is located in the center of the canton, and its elevation is 123 meters above sea level. It is the main population of the peninsula of the same name and the cultural center of the province of Guanacaste. It was the first colonial city in Costa Rica and has the oldest preserved church in Costa Rica.

In the pre-Columbian era, the territory that currently corresponds to the canton of Nicoya was one of the provinces of the indigenous people called Chorotegas, located on the Nicoya Peninsula, whose domains reached to Lake Nicaragua and constituted by several villages. One of them, at the beginning of the Spanish conquest, was the “Cacique (Tribal Chief) Nicoya”.

Nicoya in the course of its history as a human settlement has had two locations. The first in the place that is now known as Pueblo Viejo, in the Mansion district, which was called Nicoya Vieja, which constituted the largest indigenous settlement in the region before the arrival of the Spaniards. The other, where the current capital city of the canton is located, which was called Nicoya Nueva.

The region during the conquest was discovered by Don Gil González Dávila in 1523 when he was received by the Cacique Nicoya with great kindness, who gave him a rich contribution in gold and other valuable objects. In January 1561, Don Juan de Caballón, from Granada, passed through this area on his expedition that reached the Central Valley. In September 1562, Don Juan Vázquez de Coronado arrived in Nicoya, from where he sent cattle and horses he brought by land from Leon. In 1568 Don Perán de Ribera passed through the region on his trip to Carthage. In 1599 the Puerto de la Despensa was established in the Gulf of San Lucas (today Nicoya), located on the Estero Del Rey, today is known as Estero Letras.

Towards the year of 1544 the Parish of Nicoya was erected, the oldest established by the Spaniards in Costa Rican territory, dedicated to San Blas; The first hermitage was possibly built of straw. The church was destroyed by a fire in 1634, which meant a great loss since the building also left the archive where valuable documents were kept. In 1644 a calico church was built, roofed with tile. The parochial temple built in the first half of the 19th century was declared a national relic, by law No. 141 of Dec. 28. July 1923. The church is currently a suffragan of the Diocese of Tillarán, of the Ecclesiastical Province of Costa Rica.

In a visit made by the Bishop of Nicaragua and Costa Rica, Monsignor Don Agustín More de Santa Cruz, in the year of 1751, to the town of Nicoya, he appointed a school teacher, to whom he handed out booklets to be distributed among the children who attended the lessons.

By resolution of the state government of August 21, 1846, it was ordered to be created an elementary school. The current school was built in 1957, in the first administration of Mr. José Figueres Ferrer, which had the name of “Leonidas Briseño” School. The High School of Nicoya began its teaching activities in 1952, in the government of Don Otilio Ullate Blanco. On July 25, 1824, the Municipality of Nicoya, decided to annex the province to Costa Rica; the city council then was integrated by the Political Chief Mr. Manuel Briseño, who presided over it and by the aldermen Mr. Toribio Viales, Ubaldo Martínez, and Manuel García. In Decree No. 105 of March 27, 1835, Nicoya constituted a town in the Department of Guanacaste, one of three into which, on that occasion, the territory of the State was divided. In the administration of Mr. Manuel Aguilar Chacón, on December 11, 1837, with decree No. 38, the title of Villa was granted to Nicoya. In 1848, by decree No. 36 of December 7, it was established as the second canton of the Guanacaste Province. On July 24, 1918, in the government of Don Federico Tinoco Granados, Decree No. 28 was enacted that conferred the town to the category of City. Electric street lighting was inaugurated in 1952, in the administration of Mr. Otilio Ullate Blanco.

The origin of the name of the canton, according to Costa Rican historian Don Manuel María de Peralta, in his essay on The Aborigines of Costa Rica, is Native American. Nicoya is an indigenous Nahuatl word, which means a place with water on both sides. The climate of Nicoya is one of the best in the country and makes very pleasurable traveling through this zone in the province of Guanacaste.

The rainy season may extend from April to November and may require you to be patient and flexible about transportation. However, a change of plans that extends your time to include a visit to an isolated beach sounds perfect. Keep your plans flexible and be ready to enjoy the best views and scenes in all of Central America.

Although there is much to see in this beautiful place, one of the main attractions is its church with five centuries of antiquity located in Central Park. This monument houses a collection of antiques and historical memories, many with religious and cultural significance. Travelers with an affinity for local relics will enjoy La Casa de Cultura, where regional artists exhibit their crafts and varied works. In addition to the historic church and artistic exhibits, Nicoya offers a pleasant environment for excursions and pleasant walks. While outdoor markets and exhibitions offer an attractive touch of local flavor, typical home comforts are also easily within reach, grocery stores, hotels, restaurants, and banks are accessible during a tropical adventure to this city.

While you are strolling through the streets of Nicoya and enjoying the beautiful scenery, be sure to purchase a unique piece of pottery as a souvenir to take home with you. Coming back with memory is something that helps support the local economy. Artistically decorated pieces are commonly available locally, and these exotic vestiges will be considered rare treasures at home. Summer in Nicoya brings the arrival of Guanacaste Day. This colorful celebration injects new energy into the city that is already very dynamic, becoming something else during this festival.

Agriculture and tourism are the main economic activities. Melons, lobsters, rice, and corn are the main crops. The raising of cattle is also highly developed. Tourism is booming. On the Pacific coast, there are the excellent beach resorts of Playa Sámara, Novara and Garza. Nicoya is considered the oldest city in the country, so it is known as the colonial city of Costa Rica, although there are currently very few buildings of the time. Among the buildings that recall its past is the 1644 parish church dedicated to San Blas, which has survived numerous earthquakes. Nowadays it is the main attraction of the city, with a small museum that houses ancient religious objects. 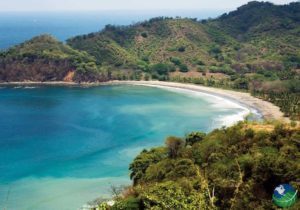 A complete map of Nicoya will identify many fascinating places in the region. From Playa Avellanas to Playa Coyote, the peninsula’s coastline is full of fine sand, beautiful foliage and exotic landscape. The city of Nicoya is located inside the peninsula. This region offers an ideal mix of a tropical rainforest environment, beach paradise and Latin American culture. The literacy rate is the highest in the region and artistic ingenuity is visible in the pottery and relics exhibited by local artisans. Pleasant hot weather, friendly locals, lush parades, delicious food, and relaxed conventions are the characteristics of Nicoya’s environment. Having a wide variety of attractions, Nicoya is one of those must-sees for any touris 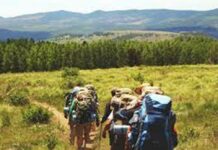 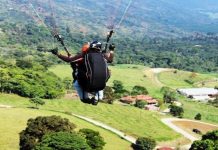 Paragliding, an Adventure to Discover the Aerial Paradise in Costa Rica 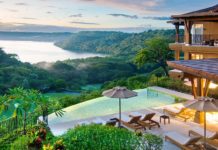