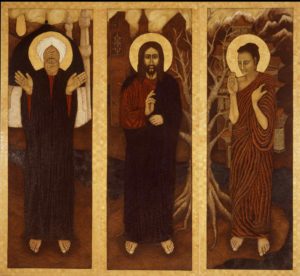 A great religious teacher once said, “No teacher, however illumined, has changed the basic course of man.” After hearing this statement, I began asking (foolishly I now feel): What is required to change the course of humankind?

Of course, the vast majority of people would deny the truth of the statement, in one of three ways.

The many say that man has been progressing, and that humankind isn’t in the midst of an unprecedented crisis. We’ve been here many times before, and gotten through it, the main body of deniers says.

Others—let’s call them the wishful thinkers–say that man is now changing, and that a great and global shift in consciousness has begun. We are in the midst of unprecedented changes, New Age folks say, because more and more people are awakening and becoming enlightened.

Balderdash. The notion that a psychological revolution has begun, which is the latter day version of ‘our consciousness being raised,’ is false on the face of it. Man is not changing, and nothing but matches are being struck in the stygian darkness of human consciousness. Even so, that doesn’t mean that one match won’t ignite the desiccated material.

The last and most stubborn deniers are believers, the followers of Jesus or Buddha, Mohammed or Confucius, who maintain 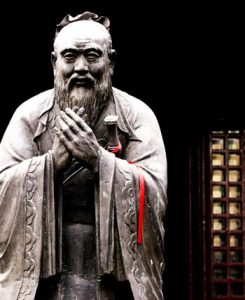 in their minds that their teacher or prophet did change man’s course. Great as these and other teachers or prophets were however, they did not alter our basic trajectory.

So what are those of us who haven’t been appointed and anointed to do? Does the task of breaking through, after all these thousands of years of preparations and false starts, fall to us, the ordinarily conditioned rather than the extraordinary and exalted?

Only man sells humanity short; cosmic intelligence (God if you like) does not. Even so, don’t the thousands of years of experience with human nature demonstrate the futility of the work to transform the human heart?

There’s a delicious contradiction in that. On one hand, the deniers maintain that man has been progressing, or is now changing; on the other hand, often the same people pronounce the immutability of human nature.

For humankind to mature, and leave behind what has been at best our prolonged adolescence (beginning with the agricultural revolution, and continuing through the wars of the 20th century, and the permanent war of the 21st century), enough of us have to begin facing things as they are, not as we wish, hope, or believe they are.

One of the unintended consequences of Einstein’s scientific discoveries is that ‘it’s all relative.’ But ‘what is’ is never relative. But the truth does exist, and it’s discovered through questioning, attending, and seeing ‘what is’ in the moment. It isn’t all a matter of what you think vs. what I think. 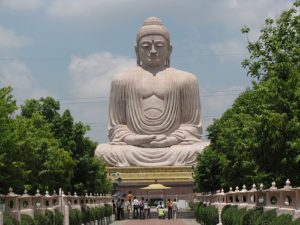 So where does this leave us? For those who don’t quit on themselves and humanity, the matches of insight we strike are more illuminating, if only for a few seconds. And though the revolution hasn’t ignited, we may be getting close.

Sadly, many have come to come to believe that man’s night is forever, and that the mountaintop is beyond reach, or doesn’t even exist. But haven’t people demonstrated, in countless ways through the ages, that human beings rise to the challenge, when the challenge is clearly put before them?

Even a nationalist like Thomas Friedman says in his latest column, “C.E.O.’s rarely talk about “outsourcing” these days…the world is now so integrated that there is no “out” and no “in” anymore.” The saying now in business goes: “Source everywhere, manufacture everywhere, sell everywhere.”

Even so, nationalism, parochialism, and localism persist. No one can thrive anymore in a world where core thinking remains national and local–no matter what the politicians, who are obviously still bound to geography, say.

It’s truly a global world now, and ironically, business is leading the way. But most people are still tribal in their identification and operation. The revolution is in thinking and feeling; that’s what will change the course of man. Has it begun, within you and I?

Talking With the Ancestors

The Art of Questioning Together

Inquiry: The Glacier Within

The Healing Power of Meditation