Organizations and professionals dedicated to the development and accompaniment of ventures in Latin America have a virtual appointment on...
Read more

China already has its own digital currency: the Virtual Yuan, controlled by its Central Bank, according to a Wall...
Read more

The Pandemic is having a profound impact on the way we work; the disruption that we are going through...
Read more
Otto Pereda

The Costa Rican Caribbean is located on the western slope of the country, separated from the central valley by a mountain range. The Caribbean province is a natural paradise, formed by a combination of closed jungles, imposing mountains and paradisaical beaches. and It is an area dominated by rugged mountains, hills, large numbers of rivers, extensive floodplains and a coastline of 212 km. over the Caribbean Sea.

Because the altitude range is very wide we can find very different Life Zones, which range from coastal landscapes at sea level to páramo landscapes over 3,000 meters. altitude, this has established a plurality of microclimates that has resulted in its impressive biodiversity, which stands out for the high number of animal and plant species and the variety of ecosystems. 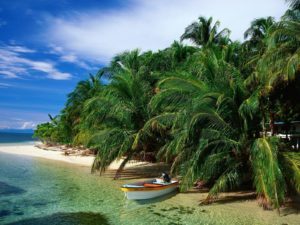 The Caribbean area can be divided into two roughly equal stretches and is known for its variety of aquatic ecosystems and its beaches of black and white sand as in the rest of this sea the lighter aqua colors are shallow water where the sunlight is reflecting off of the sand and reefs near the surface. ideal for practicing activities focused on nature and the sea, such as sports fishing and diving in clear waters, and also to enjoy of the sun. Let’s see  the main areas that make up the unforgettable Caribbean tico:

Tortuguero is located on the north Caribbean coast of Costa Rica on the border with Nicaragua. Approximately 145 kilometers from San José. It is a paradise for ecotourism, the main economic activity of the region, it has a few shops and restaurants and is accessible only from the air and water. The Tortuguero National Park is a vast expanse of protected land and the most important place on the Atlantic coast of the American continent for the spawning of the green turtle.

The Tortuguero airport is small but, even so, every year it welcomes thousands of tourists. To arrive in Tortuguero by boat first You have to go to Puerto Moin, where eventually you have the possibility of leaving the car in a secure parking. In Tortuguero, there are no cars, no buses and of course no smoke and horns. The town is located next to the Tortuguero National Park (18,946 hectares). ) that is part of the “Tortuguero Conservation Area” that includes other wildlife refuges and protected areas.

The city of Limón or Puerto Limón is the head of the canton and the province of the same name. It is located on the coast of the Caribbean Sea, 152 kilometers from San José and is the first point of arrival for visitors. It is an essential port for the economic and industrial life of Costa Rica and the most vivid example of the multicultural encounter that this region has lived throughout history since it is, in fact, a picturesque fishing village, very lively and with a notable presence of inhabitants of Afro-Caribbean heritage, which enriches the cultural offer of this entire area making it the capital of Costa Rica’s Afro-Caribbean culture.

The city is home to several museums and places of interest for travelers, as well as an impressive architecture that is unique in the area. A must-see is the Parque Vargas, a beautiful park full of tropical palms, where the sloths often find themselves slowly climbing among the branches. 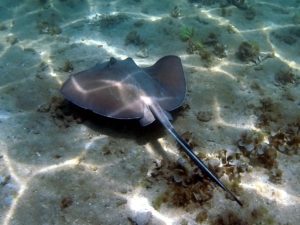 Traveling to the south, one hour away from Puerto Limón, you will find Cahuita, a typical Caribbean village. This town has become a destination for tourists since it not only represents the essence of a culture but also because of the beauty of the Park National Cahuita, which protects an important extension of coral reef.

The calm waters in this place are a point in favor for the lovers of the “snorkeling” because the spectacle under the water is wonderful, a wide chain of reefs composed of different types of coral and occupied by an immense variety of tropical fish make it without a doubt an amazing experience.

Puerto Viejo de Talamanca, also known as Puerto Viejo de Limón (23km from Cahuita), is considered the “Trendy” place of the Caribbean Coast, until recently it was a small town but today is becoming a touristic city, with an Amazing selection of hotels, hostels, restaurants, bars, and shops. It is one of the largest tourist destinations in Costa Rica. The inhabitants of the town are a combination of Latin cultures, Afro-Caribbean (Jamaican ancestry) and indigenous Bribri, most of Costa Rican origin, with a good number of Europeans who have migrated to the region.

Puerto Viejo is known for its beaches, surfing, and nightlife. It has become one of the main attractions for many international surfers, who visit the area for the famous waves of Salsa Brava. The Salsa Brava Beach is a paradise for surfers.

This area is, with distance, more beautiful and quiet. Although these towns are not touristic highly developed, you can find supermarkets, broadband internet, and beautiful cabins.

At Cocles Beach, there are surfing competitions every year and Punta Uva beach, with its coves, offers us a perfect picture! There are many tropical SPAs and excellent restaurants hidden in the tropical jungle. Also on the main roads of the villages, you can great restaurants.

Manzanillo is a town much smaller than Puerto Viejo and concentrates mostly national tourists that love to visits the area on weekends.What makes the experience much more autochthonous. The Manzanillo Wildlife Refuge is a must-see with kilometers of white beaches and abundant flora and fauna.

Organizations and professionals dedicated to the development and accompaniment of ventures in Latin America have a virtual appointment on...
Read more
Economy

From NASA to Costa Rica Spreading the Wonders of Astrophysics: LeRoy Larry

With nonstop flights from Miami and Orlando, the low-cost airline Frontier will once again operate in Costa Rica, as announced by Daniel Shurz, the...
Read more

The Beauty of Costa Rica Captivates Fans on YouTube

The beaches of the Pacific, the unique experience of a canopy in Monteverde, green and dense mountains, imposing waterfalls, the Central Market in San...
Read more

While COVID-19 has spread at great speed, it has taken the whole world time to adapt to the situation to which this virus is...
Read more

In addition to Tom Brady, NBA, Soccer and Golf Stars Prefer Vacationing in Costa Rica and its Paradisiacal Beaches

Tom Brady, Kobe Bryant, Tiger Woods and Sergio Ramos are just some of the many stars from the Sports World who have chosen Costa...
Read more
- Advertisement -