In a corner of the Milky Way a blue planet orbits a yellow dwarf sun. Home to several billion human beings, plants and animals, it has often been compared to a spaceship. Her name is Earth, and every year, on April 22, more than 193 countries around the world celebrate her Day. The date marks the official beginning of a new attitude towards our “only home in space” and its environment.

Almost half a century ago, in 1970, Gaylord Nelson, an American politician, worried about the fact that the environment never got any attention in politics or by the media, decided to raise awareness of the major ecological problems that affect humanity: pollution, overpopulation, conservation of biodiversity. At the same time, Nelson wanted to emphasize the importance of the sustainable use of the planet’s natural resources.
What was different is that these goals were to be promoted and achieved not by governments, corporations or political parties but by individuals and grassroots groups working within their own communities. This empowerment of the man in the street proved to be extremely successful. Sources estimate that 20 million Americans (1 in 20), from tens of thousands of elementary and high schools, colleges, and communities, took action on April 22, 1970, the first Earth Day.

Such massive demonstration of support for the environment did not just come out of the blue. Its causes can be traced back to several environmental milestones that raised the general public’s concern about air, land and water pollution and marked the changes in the decade’s zeitgeist, firstly in the United States and later in the world at large.
~ In 1962, “Silent Spring”, a book by marine biologist, author and conservationist Rachel Carson caused an environmental stir. In it, Carson warned about the dangers that chemical pesticides such as DDT poised to all natural systems.
~ The tactical use, from 1961 to 1971, of Agent Orange, an herbicide and defoliant chemical during the already unpopular Vietnam War.
~ The famous ‘Earthrise’ photo taken by the 1968 Apollo 8 astronauts on the first manned mission to the Moon, showcased our planet’s uniqueness and its finite natural resources. 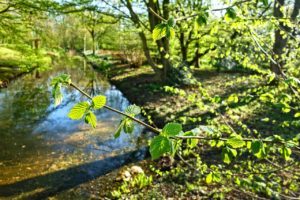 ~ In 1969, a 3 million-gallon oil spill from an offshore oil rig in Santa Barbara, California inundated the beaches with oil, created an 35 mile long oil slick along the coast and killed thousands of birds, fish, dolphins and seals.
~ The 1969 Cuyahoga River fire in Cleveland, Ohio. The river, loaded with industrial and chemical waste, had caught fire by itself several times before, but this time there were $100,000 worth of damage.

Incidents like these helped promote new, stricter environmental legislation to protect the nation’s air and waters, such as the Clean Air Act, the Clean Water Act and the Endangered Species Act. Shortly after the first Earth Day demonstrations, the American government created the Environmental Protection Agency (EPA)

Since 1970, more and more people, organizations and countries have taken measures to understand and protect Earth’s complex ecosystems. This year, about a billion people will participate in “green” activities. There is still a long way to go for environmental causes to claim success in their multiple “green” initiatives. Problems like global warming, depletion of the ozone lawyer, overpopulation, waste disposal, loss of habitat, overexploitation of the planet’s resources still loom large in the horizon.

~ This year’s theme for Earth Day is End Plastic Pollution. Plastics are everywhere. It is a tide that is filling up more and more landfills, choking up our oceans and killing marine life. Plastics have become a health hazard for the whole planet.
Many countries have programs to curb the use of plastics. Costa Rica, a place known worldwide for its beautiful landscapes, beaches and for its stunning biodiversity has declared war on single use plastics (SUP) and has pledged to be SUP free by 2021. Grassroots groups like Operación RichCoast along with government agencies and tourist operators do periodical beach cleanups.

What We Can Do

Even know, when Humanity is at the peak of its technological development, our planet is at the brink of a huge environmental crisis. Everything you can do to help counts.
Today’s a day to “go green”. There are so many ways. Even if they seem small, keep in mind that all things add up and they can make a big difference over time.
So, in order to lighten up your load on Spaceship Earth’s resources: 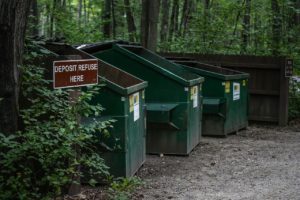 ~ Plant a tree
~Unplug the electrical appliances you are not using
~ Leave the car in the garage and carpool, walk, ride a bike, take the bus or train.
~ Pick up litter
~ Use less plastics
~ Recycle
~ Engage into any Earth friendly initiative.
And above all, spread the word. Civic initiatives like Earth Day emphasize the need to create environmental education programs that encourage cooperation between individuals and communities to protect biodiversity and the planet.
~ Celebrating Earth Day means that you care for the world we have now and for the world our descendants will inherit from us.
~ Remember that Earth Day is not only today but every day. It is not a one time change of habits but an attitude towards life, towards your community and of course towards the planet.
Marshall McLuhan, a Canadian philosopher and intellectual once said: “On Spaceship Earth there are no passengers; everybody is a member of the crew. We have moved into an age in which everybody’s activities affect everybody else.”
For more information on how to colaborate with our planet’s well being, you can visit the Earth Day website www.earthday.org.