Traditional products: rice, squash, cocoa, coffee, sugarcane, pork, chayote, chiverre, beans, corn, potato, pejibaye, plantain, cheese and cassava – predominant in the food tradition and in the national economy and with enough information available to be systematized-, were chosen to carry out the mapping that is part of the contents of the book “Cocinas del Bicentenario de Costa Rica, del siglo 20 al siglo 21”, recently published digitally by the Cultural Heritage Center of the Ministry of Culture and Youth (MCJ).

Cocinas del Bicentenario places emphasis on the documentation of dishes based on these 15 relevant ingredients of the traditional cuisines in the regions, mostly of an endogenous pre-Columbian indigenous character, such as: corn, beans, yucca, potatoes, cacao, pejibaye, chayote, chiverre and squash, and includes some introduced later to the colonial era and that were domesticated and appropriated in such a way that they became essential elements of the food heritage; for example: coffee, sugar cane, rice, pork, cheese and banana.

“The dishes were exposed in the infographics by region, although this does not mean that they are prepared or consumed only in one of them. Many are shared throughout the national territory or several cantons of a region, but their record was located with greater intensity in some areas”, explained Paola Salazar, head of the PCI Unit of the Center for Cultural Heritage and compiler of the book.

To these infographics that deal with the distribution by regions of the different dishes made with these ingredients and the greater production of each one by region; Graphics on the importance of the means of distribution of basic ingredients and festive events as a space for the reproduction and revitalization of traditional cooking are brought together.

In the digital book, the following are also defined as “national dishes” -which are prepared and consumed throughout the country-: gallo pinto, grilled tamale, rice with chicken, chorreado, coffee, casado, pot of meat, pork tamale, picadillos, peasant lunch, rice pudding and sweetwater.

This selection was made according to these 15 products with the greatest tradition in the country and after analyzing the different recipe books by regions and cantons compiled and published by the Center for Cultural Heritage and the Directorate of Culture, instances of the MCJ.

In addition, it includes the results of an institutional mapping with some milestones related to food and nutritional security in Costa Rica, as well as a synthesis of the actions on this topic. The publication also records the methodology used in the selection of the base products and the initial mapping, the validation workshops and meetings, and the preparation of the maps.

“In summary, we have here a publication that seeks to articulate the production of knowledge linked to traditional cuisine, studies and existing public policies, information on fifteen traditional agricultural products, most of them endogenous pre-Columbian indigenous; thus achieving the characterization of traditional Costa Rican gastronomy that, we aspire, will allow the future construction of strategic actions based on the cultural and economic development of the populations involved,” said Sylvie Durán, Minister of Culture and Youth.

As Minister Durán stressed, the text brings insights that allow us to understand how the issue of traditional cuisines can be addressed from public policy for the safeguarding of the intangible culinary and traditional productive heritage, as fundamental components of the nation’s development. 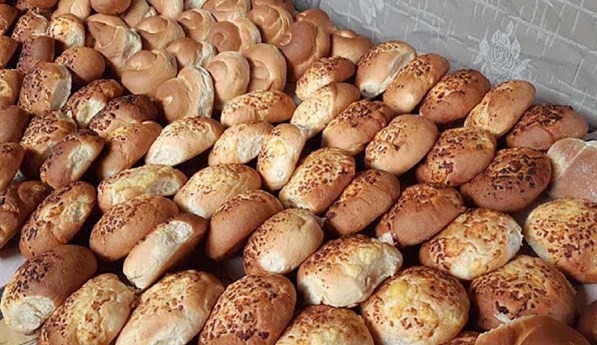 “Far from being a finished work, this is the beginning of an important reflection that today is developed from different perspectives and entities, offering a rich territory from which proposals can flourish that allow revitalizing, protecting and safeguarding heritage knowledge associated with the traditional cuisines from the different regions of the country”, Paola Salazar said.

The research and production process of “Cocinas del Bicentenario de Costa Rica”, was directed by the Intangible Cultural Heritage Unit of the Center for Research and Conservation of Cultural Heritage, in alliance with the Office of the Ministry of Culture and Youth; It also had the collaboration of the National Learning Institute.

The link to the book is: https://tinyurl.com/y5b2mfrm