Demand for bi and trilingual staff continues to grow

Costa Rica had already been taking steps towards the possibility of people working from home a few...
Read more

The scope of intangible cultural heritage is vast and varied. From what goes unnoticed on a daily...
Read more 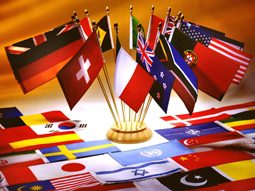 by SERGIO ARCE A.

Mastering English is not enough to get a job. Multinationals in the country look, increasingly, for professionals who speak more than two languages.

10 years ago, only two companies, Western Union and Sykes, hired multilingual staff to provide services. Currently there are fourteen.

“The biggest challenge is to find the academic preparation combined with language proficiency,” he said Ericka Mora, human resources manager for DHL.

According to the Costa Rican Coalition for Development Initiatives (INCD), the 14 companies are cover services from financial to technical support in seven languages.

Even the multinational DHL announced that, shortly, they will offer financial services in Czech, Netherlands, Swedish and Danish.

Cinde statistics indicate that in service operations, 80% are in English, Spanish 8%, 7% in Portuguese and the remaining 5% in other languages.

In line with the increased demand for multilingual staff, the educational institution Universal Language reports a 235% growth in the number of people studying an additional language to English.

The Alliance Française also recorded a 20% increase in the number of new students in both years.

The executives of the seven firms surveyed said that for the country “to continue to grow in size” it must generate increasingly qualified labor.

Recommended not only more professional graduate in finance or engineering, but also encourage those to be multilingual.

Costa Rica had already been taking steps towards the possibility of people working from home a few...
Read more
Culture & Lifestyle

The scope of intangible cultural heritage is vast and varied. From what goes unnoticed on a daily basis, such as the particular...
Read more
News

The Rincón de la Vieja Volcano has maintained constant activity in recent weeks and this week it registered one of the most...
Read more
Economy

The Hotel Association of Costa Rica sent a letter to government authorities in recent days, urging the...
Read more
Awareness

The Board of Directors of the Public Transport Council (CTP) announced through a press release issued last...
Read more
- Advertisement -