Considered the largest company in Central America, with 50 years of existence, it focuses its operations to meet the tasks of import and distribution of fuels demanded by Costa Rica. This is a mission that was entrusted to it since its creation in 1963, and which remained after its nationalization, in 1974.

To fulfill its mission and vision, RECOPE has built the National Fuel System. In this regard, it is formed by the oil docks located in Moín Limón, in the Caribbean area of the country, where shipments of raw materials are received; the Poliducto, a unique complex in Central America, through which the product is pumped from Moín to Barranca in Puntarenas. It crosses practically the entire country from east to west, being the safest and most economical means for the transfer of clean fuels such as gasoline, diesel, and aviation fuels, as well as for distribution, sale, and storage facilities, which are interconnected by means of pipelines.

The facilities with the most commercial and operational activities are located in Moin, where the refining plant, the largest storage park in the country and the product pumping station to the central plateau are also located. They are followed by the terminals of El Alto de Ochomogo in Cartago, La Garita in Alajuela and Barranca in Puntarenas. There are also facilities for the supply of fuel to aircraft at the Juan Santamaría Alajuela and Daniel Oduber Liberia, international airports, as well as the Tobías Bolaños Pavas, San José, and Limón national airports. The pumping stations are in Moín, Siquirres, Turrialba, and El Alto.

The total storage capacity of RECOPE is approximately 3,495,000 barrels. The country consumes about 50,000 barrels per day, which means almost 70 days of inventory, which allows RECOPE to fulfill its mission of supplying the total fuel necessities in Costa Rica uninterrupted, operating 24 hours a day, 7 days a week.

The products sold by RECOPE are Super Gasoline (RON 95), Gasoline Plus 91 (RON 91), Diesel 50 (50 ppm maximum in sulfur content), Jet-A1 aviation fuel, AV-GAS aviation gasoline, Kerosene, Asphalt AC-30, Bunker, Liquefied Petroleum Gas (LPG), IFOS, Asphalt Emulsion, Heavy Diesel (Gas Oil), Heavy Naphtha, and also maintains a project for the distribution of gasoline mixed with Ethanol, in the Barranca facility, which is distributed only in the provinces of Puntarenas and Guanacaste, with the idea of extending it to the whole country soon.

In the area of research, there is an experimental biodiesel plant and, through internships and agreements, a project together with state universities and research centers in the development of alternative fuels such as biofuels, natural gas, and hydrogen.

Costa Rica spends between US$ 1,200 million and US$ 1,400 million on its annual oil bill (may be more or less, according to price fluctuations). This amounts to around 20 million barrels per year, a consumption that is growing rapidly.

Estimates made about the oil that the country could have in different deposits say that it is much higher than the national consumption. That is, if we had oil, as it seems that we have it, then we can amply cover the whole of the internal demand and still, we would have a surplus for export. This would provide a substantial economic gain for the country in general.

Therefore, experts indicate that with the new and continuous technological advances that are taking place, it is very possible that the estimates of national reserves increase significantly since they allow to “see” in the subsoil what the previous technologies could not.

Then a controversial question arises: Should the country be deprived of exploiting this resource in the national territory for ideological, environmental or political reasons? The question becomes more important when we find that oil resources, right now are massively produced, refined and imported from abroad. With these imports we transfer to other countries very large amounts of our fiscal and non-fiscal resources, particularly to the United States, according to Recope, 99% of said purchases came from that country.

Thus, oil exploitation can be carried out in our country with the most modern technology, taking strictly into account the environmental administration and protection, respecting our national parks and wildlife areas. In addition, all the data can be verified and certified by the College of Geologists of Costa Rica, for example.

This is an open discussion up for debate, indicating that in countries of the ecological elite like Norway for example, that exploits oil without harming its natural environment, and also ideologically diverse countries like Cuba, Nicaragua, Russia, and China explore and exploit oil. There has to be taken into consideration that a survey carried out, in 2015, by the “Instituto Tecnológico de Costa Rica” (TEC) indicates that “63.2% of the general population is in favor of oil exploitation under certain conditions because it would greatly improve the national economy. 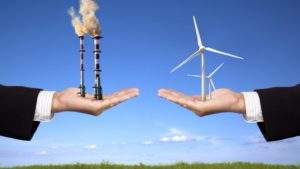