Costa Rica has a lot of traditions that are carried throughout our history, and that represents the culture of the “Ticos”. The best way to represent the culture of a country is through its traditions, as they often serve to identify geographic parameters and understand the mentality of the citizens that make up the region. 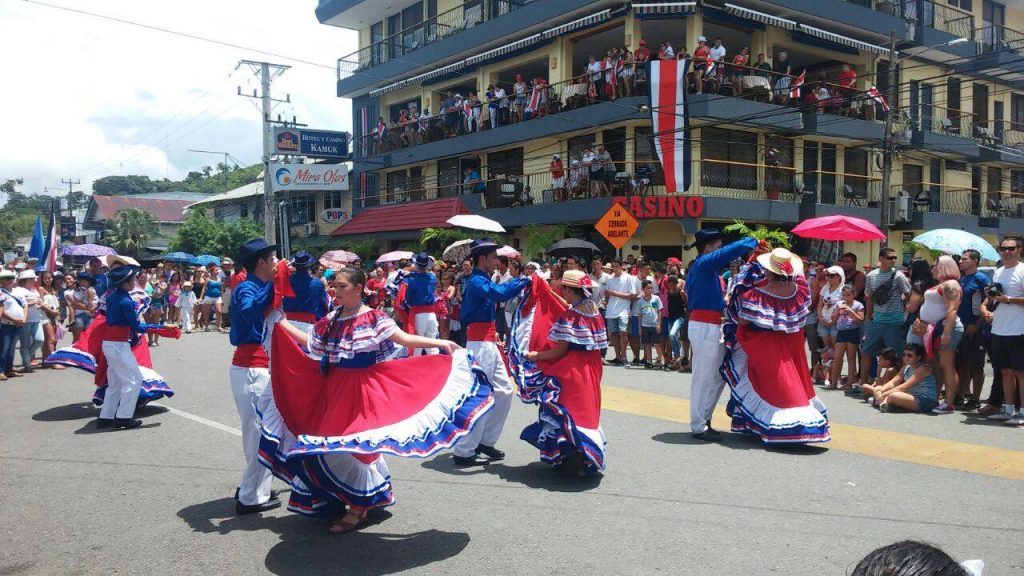 The traditions of Costa Rica give an account of a happy country that, not in vain, is among the first places in the Happy Planet Index. Costa Rica is a Central American country that is located between the Caribbean Sea and the Pacific Ocean. It is famous for its fresh seafood and its coffee. Its inhabitants, descendants of whites and mestizos, are great football (soccer) fans. Costa Ricans are popularly known as “Ticos”.

Its cultural manifestations include dance, legends, and traditional songs. The culture of this country owes its wealth to Indigenous, European, Afro-Caribbean and Asian influences. This reality makes it a multi-ethnic and multilingual country and has allowed it to boost tourism to the point that in 2018, Costa Rica received more than 3,000,000 tourists.

One of the Costa Rican traditions is called “La Romera” It is based on a walk to the “Basilica de Los Angeles” located in Cartago. The walk begins from any part of the country, the days before August 2, which is the day of the liturgical celebration of the Catholic Church in the Basilica. The Virgin of the Angels, also known as “La Negrita” is the patron saint of Costa Rica. In 2017 it was calculated one million two hundred thousand people arrived on August 2 at the main mass that is officiated by the archbishop of Costa Rica, along with accompanying priests. This pilgrimage is made to pay the promises that the faithful have made to the Virgin of the Angels and where millions of devotees want to be present in the basilica, to fulfill what was offered.

At Christmas, many families come together to prepare the Christmas Eve dinner. Traditionally, Costa Ricans do not go out to live on their own until they formally marry. It is very rare to see a young man or woman living alone or working to gain independence.

Traditions are also shaped by gender differences. In Costa Rica, there is an underlying male machismo referred to as “machismo”. It is expected that men and women act differently from each other and respect their roles. A large proportion of Costa Rican women are professionals and hold important positions in both companies and government, but still, retain some traits that are traditional and conservative. Even if a woman has a high position, they continue to cook, clean and raise children.

Apart from these traditions, Costa Ricans, especially younger generations, are increasingly adopting cultural aspects of American influences from Canada and in particular from the United States. This is also the result of many expatriates from these countries moving to Costa Rica and also from the influence of economic liberalism that tries to create new holidays for increase consumption. A great example of this is the adoption of Halloween. Although Costa Rica is a Catholic country, its people love to enjoy parties and even use religious holidays as an excuse to celebrate. 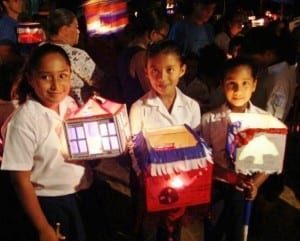 It is dated from September 14 onto the celebration of September 15, which is the day of independence from Spain (September 15, 1821). Homemade artisanal Lanterns are made by elementary and high school students, who participate in the traditional parade the most creative receive prices. The acts are in every school throughout the country, and normally parents accompany their children in this parade, many times even in the rain.  At six o’clock on the afternoon of September 14, by TV, by radio, the country temporarily suspends work and the President of the Republic of Costa Rica, together with his government members address the country in a nationwide transmission in which the national anthem is sung.

Originally from the city of San José, with only 23  years since being created, it is already cataloged as a typical tradition of the country. It originates in 1996, when the Municipality of San José organized the first parade of floats and the best bands in the country, which along their route through Paseo Colón and Avenida Segunda give Costa Ricans a great show of color and joy, in the Christmas setting in which this activity is celebrated. The firm rise in quality, beauty and national splendor of the Festival de la Luz have proven that it has become an inseparable and essential activity of the Christmas holidays. 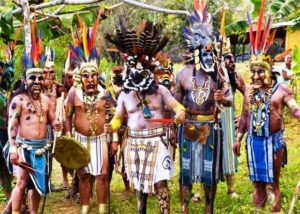 This festival takes place in December and the second half of February respectively in two indigenous communities, Boruca and Rey Cure. People who join the festival put on masks and costumes that represent ancestral spirits and then make a representation of a battle between the devils (Boruca Indians) and the bulls (Spanish troops) through dance. They also drink chicha, a drink of fermented corn.

All along this holiday period the celebrations increase and include everything, such as carnival rides, fireworks, parties, bullfights, jubilant dances, and marimba music. Among the festivals, the biggest one is the Zapote that takes place in the homonymous neighborhood of San José and has elaborate roller coasters and the biggest bullfights of the year.

The longest party of the year is ‘Palmares’, the equivalent of Octoberfest in Costa Rica. There are also many other festivals that are celebrated in Costa Rica and that attract tourists from all over the world all year long.

Festival of the Vision.

With live concerts, yoga, trapeze and many get-togethers on the beach, In “Vision”, Music, Art, and Corporal expression takes place during the month of February. This festival is perfect for people around the world who are attracted to open spiritual awareness.

This festival is actually the biggest “cowboy” party in the country, normally this event lasts two whole weeks and takes place in January. It is a massive event with horse parades, carnivals, rodeos, musical performances and a seemingly endless supply of beer. Nearly one million people from all corners of the country join this street festival. An important component of the event is a sumptuously organized cavalcade. This festival has acquired national importance and also includes “Toros a la Tica” which is a Costa Rican bullfight that does not include bloodshed and violence, but rather a comic presentation.

In Costa Rica, possibly October is the most colorful and festive month, in this month people go to Puerto Limón (adjacent to the Caribbean coast of Costa Rica) to celebrate the annual festival there. The events include the election of the carnival queen, dance, food and parade and covers 2 weekends. During this festival, the multicultural province of Limón is full of activities and the costumes and floats that parade through the town seems more elaborate, representing the culture of the area.

This religious festival begins on Holy Thursday and ends on Easter Sunday. It commemorates the death and resurrection of Jesus Christ and is celebrated by the Christian (the majority of the population) of the country. Although the processions are carried out in each city by Catholic churches, the procession in the city of San José is the main attraction since the cast of the National Theater Company participates in it.