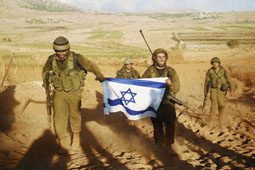 JERUSALEM – Costa Rican President Oscar Arias says that peace in the Middle East could create what he calls a “new landscape” for mankind.

Arias spoke in Jerusalem on Sunday during a meeting with Israeli President Shimon Peres. Both men are Nobel Peace Prize winners.

Arias said he realizes the “most beautiful visions of peace” in the Middle East have not yet come true. But he says he hopes the dream he shares with Peres for regional peace will one day be realized and help create “a new landscape, forever more.”